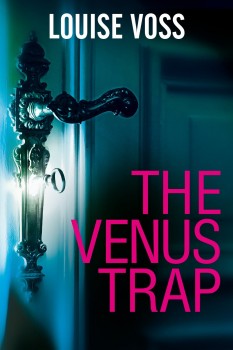 Louise Voss is a name that continues to grow on the literary scene. As both a solo artist, and co-author with Mark Edwards, Voss has contributed to some of the most exciting, intriguing novels in the suspense category. She’s also an author who has proven that starting out in self-publishing doesn’t necessarily hinder a career. In some cases, such as hers, it can pole-vault an unknown writer to the top of the charts.

Voss was gracious enough to talk to The Big Thrill this month about her endeavors, and the excitement she has for her readers, social media, and being in the “thriller” realm.

Social media is being given a great deal of praise when it comes to helping a writer go from “anonymous” to “well-known name.” Can you tell us a little about the your fantastic Facebook page?

Fortunately, Mark and I both really enjoy social media. I think you have to, in order to do it successfully. We love engaging our readers through our joint Facebook page, and it’s been extremely helpful to us in various ways creatively, too: we’ve run competitions to name characters and, in our last novel, even a dog. Engaging with our readers has also yielded various experts when we’ve needed them—particularly with regards to legal and police procedural matters. It’s also so enormously heartening to receive supportive emails.

We don’t own a “massive” following on Facebook and Twitter, but it’s a very loyal and engaged one, which is lovely, and it slowly builds up all the time. I can’t imagine being able to reply to everyone personally if the number of followers rises into the tens of thousands over time. Still, it would be a quality problem to have.

Readers should note that although THE VENUS TRAP is a “solo” title, you also have quite the list of thrillers as co-author with Mark Edwards. Can you explain the differences between solo versus co-writing? Is it difficult to get into “sync” with another author? Or, like an old married couple who finishes each other’s sentences, does it get easier over time?

THE VENUS TRAP is my first solo novel in ten years, actually, and my first solo thriller, so it’s very nerve-wracking. I personally prefer co-writing, but I suspect only because I write with Mark. Being that we’ve worked together for so long now, we have pinpointed exactly each other’s strengths and weaknesses, and we trust each other implicitly. It’s just much easier to have someone to discuss every little aspect of a book with, and easier to feel confident in what you’re doing when you get constant feedback.

Our first project fourteen years ago was the first incarnation of Killing Cupid. It was straightforward because we had a male and a female protagonist, so we just wrote alternate chapters. It was harder with the next one, Catch Your Death, because it had a third-person narrator, so we had to edit each other’s chapters carefully to keep the voice unified. But now it’s as though we have developed a third voice that is separate from both our individual ones. We never think about trying to unify the style anymore; it just happens.

You became a #1 hit as a self-published author in the U.K. back in 2011. There are many who still “label” self-publishing as being harmful to an author’s career. You certainly proved that to be wrong. How do you look at self-publishing as a viable platform for new writers?

It’s tricky, because while the stigma of self-publishing is diminishing, the competition has increased exponentially. I’m not saying we couldn’t do it now (in fact, Mark recently climbed to #1 again by self-publishing his book, The Magpies), but it would be a lot harder, partly because there are so many more self-published books, and partly because mainstream publishers have wised up a bit more about pricing and promoting eBooks on Amazon. I do think it’s still a viable platform for new or previously unpublished authors, but you still HAVE to have a good book—well-edited, with a great cover and blurb, at a sensible price that you then have the knowledge of how to promote. Otherwise, nobody will know it’s out there.

I am actually self-publishing my four original women’s fiction novels alongside our thrillers published by Thomas & Mercer. What’s great about self-publishing is that you can change and update books so easily, so one of my tasks this year is to do just that. I’m getting new covers (and titles, in a couple of cases), and bringing them all up to present day. More and more authors I know are doing this, becoming “hybrid” authors, where we self-publish while also being published by someone else.

I understand that music, along with writing, is in your background. You even released a CD with your very first title, To Be Someone, in 2001. Is there one passion that exceeds the other?

I’d say my biggest passion used to be music, but it’s now books and writing. I do usually listen to the radio when I’m working; a mixture of chat and music. But as I mentioned, I’m in the process of updating To Be Someone, which does involve compiling a brand new soundtrack. That, I’m really enjoying! And these days all I need is a Spotify playlist to accompany the novel—much easier than it was fifteen years ago.

If you could think of just one title you would like to see on the big or small screen, which would that be? Do you hear the music that would eventually go with it?

It is so hard to choose just one. I’d love there to be a movie of To Be Someone. My fiancé is a T.V. director who’s currently writing the screenplay of Killing Cupid, so it would be fantastic if that made it as a T.V. adaptation. I can also see The Venus Trap as a scary, Misery-esque movie. I can’t say that I hear the music already, apart from To Be Someone because it’s part of the narrative, but I do know that the soundtrack of anything would need to be really cool if I had anything to do with it.

You began your career writing contemporary women’s fiction—what brought you into the thriller genre? Will there be any forays into other genres?

Actually, it was Mark who brought me into the thriller genre. We came up with the idea for Killing Cupid over a few drinks one night many years ago, so that was our first foray into thriller. Catch Your Death was then a conscious attempt to write more of a “classic” thriller. Our first title had been a mixture of comedy/thriller, so we wanted to write something that could be more easily classified. I never even used to read thrillers personally, and now I read little else. I love them.

I did an M.A. in Creative Writing a few years ago at Kingston University (supervised by the very wonderful Liz Jensen), and my dissertation was seventy thousand words of a contemporary ghost novel that I’ve often thought would make a good young adult read. So if I have time, I will do that. Otherwise, I think I’ll stick to the Voss/Edwards thrillers. It’s really great that we both have solo projects as well as our joint ones.

How did THE VENUS TRAP come to mind? Can you tell our readers a little about the plot of the book?

THE VENUS TRAP evolved over quite a long time. I started it a few years back as more of a contemporary women’s title. It was all about how what happens to you in your adolescence can inform the adult you become. And about how internet dating is very bad thing if you don’t trust your instincts, which my protagonist Jo doesn’t! As the climax of the original draft came forth, Jo found herself held hostage by a date she’d always had her doubts about. Then I realized this would be better as the main thrust of the entire novel, rather than just the ending, which transformed it into a thriller. Her date, Claudio, gives Jo an ultimatum: she has one week to convince him that she’s in love with him, or he’ll kill her. While she’s locked up in her own bedroom, she has a lot of time to think about her past mistakes and, of course, how and what she can possibly do to convince him of her adoration in order to stay alive.

There’s a favorite question I always ask to end the interview: “If you could have lunch with one person living or dead, who would it be and why?”

Ahhh, my instinctive reply is my dad because he died when I was eighteen, and I’d so love to have lunch with him. But in terms of authors, I’d go for Margaret Atwood. I’d probably be totally star-struck and tongue-tied, but it would be a lunch to remember, that’s for sure.

In the end, no matter what the next Voss and/or Voss/Edwards project becomes, readers will continue to be engaged and excited that Voss is most definitely “boss” when it comes to creating unforgettable tales. 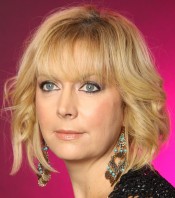 Louise Voss was born and raised in Salisbury, England. She began her writing career in the mid-1990s when, while living in New York, she enrolled in a creative writing course. Her first novel, To Be Someone, was published in 2001 by Transworld, and was the first book to come with its own CD soundtrack. This was followed by three more contemporary women’s fiction novels until she switched to writing thrillers with Mark Edwards in 2011. She and Mark were the first UK self-published authors to reach #1 on the UK Amazon charts with Catch Your Death. Their fifth co-written novel, From the Cradle, was published last year by Thomas & Mercer.

To learn more about Louise, please visit her website.