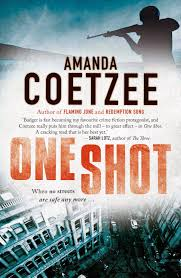 Writer Amanda Coetzee was born in Bedford, England, has an honors degree in Performing Arts, and has performed in several countries. She worked in adult education (including a brief tenure at Holloway Women’s Prison) before travelling and eventually settling in South Africa. She now teaches English at Potchefstroom. She experimented with various genres, but loves mysteries and finally came to the intriguing story of Harry O’Connor a/k/a Badger.

Harry was abandoned as a young boy and adopted by a clan of Irish Travellers (gypsies). There he earns himself the nickname “Badger” by carving out a reputation as a bare-knuckle boxer who never backs down in a fight. As an adult, Badger joins the London Metropolitan Police and severs all ties with the Irish band until fate draws him back in the first book, Bad Blood (2011). His Traveller roots proved crucial in Redemption Song (2012), and there was more trouble ahead for him in Flaming June (2013). One Shot was released last year. Sarah Lotz (bestselling author of The Three) said: “Badger is fast becoming my favorite crime fiction protagonist” and One Shot is “a cracking read that is her best yet.” I agree. I asked Amanda about writing the book.

One Shot has a complex plot. It begins with what seems to be a drug hit, but it turns out to have a lot more ramifications. Did the novel start with a collection of different ideas or did you have it all coherent at the start? I guess I’m asking if you’re a plotter or a pantser, i.e., do you plot your novels in detail or do you start with a rough idea and play it by the seat of your pants?

I do most of my planning internally before I ever pick up my pen. I start with a subject that intrigues or horrifies me and begin to weave ideas and research together in a random exploration. From there I get serious. I draw plot diagrams and character sketches and have imaginary writing sessions in my head before I start to write. I always have the title before I finish my previous book and despite the attempt at serious planning, the novel often develops in unforeseen directions while I am writing. I think the short answer is I see myself as a methodical writer with a deeply superstitious and intuitive streak…

This is the first time Badger spends part of a book in South Africa. Did you set out to bring him here, or did it just develop with the story?

A mixture of both. My publisher wanted me to consider the idea and it resonated on a personal level. It felt time to try and merge the British and South African parts of my experience; almost like Badger—it was time to stop separating the two halves of my life and see if I could exist in both spaces at once. Of course, South Africa is an incredibly exciting place to write about; it was anxiety that I would not find an authentic voice that prevented me from trying sooner.

It’s interesting to see South Africa through Badger’s eyes. Does he reflect your views to some extent or, after living here for many years, did you have to work to get that external perspective?

South Africa has changed a great deal in the eighteen years I have lived here, and I have changed alongside her. I found the most important parts of my life here; my husband and son, my faith, my calling as a teacher and a writer, and I feel that there is a deep connection between me and the land that will last my whole life. Still there are times when I feel like an outsider. There is a darkness and anger that appal 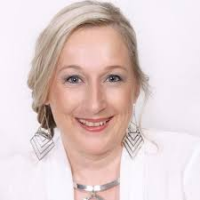 s me along with an optimism that inspires me. Did I dig deep to see South Africa through the eyes of Tom and Badger’s team? Yes, but it wasn’t always as far under the surface as I imagined.

Tom is a complex character. An ex-sniper from the British Armed Forces, he now works for Strategic Solutions, a private security company not averse to operating in grey areas. You build our sympathy for him, but slowly his vigilante aspects dominate. Are you telling us that the end can never justify the means?

I don’t know that I am. I think I am saying that there is a price to be paid for operating outside of society’s structures and that is as it should be. If the abyss beckons then each individual will have to make their own choice about what they can live with; forgiveness or justice. It’s interesting that Badger chooses life almost as punishment just as Tom chooses death as peace. All I can say is that in the face of extreme injustice there is a part of me that longs for men like Tom to carry the burden of action just as I understand it will destroy, or perhaps worse, corrupt them.

This is a turbulent book for Badger. In Bad Blood he started at last to belong somewhere and over the series he actually developed a foundation. Here you knock it from under his feet. It’s wonderfully revealing of his character and drives the whole book, but what persuaded you to do this to the poor guy?

I knew that Badger would survive and I needed to remind him that his role as guardian is more profoundly required than his own need for happiness. There is always a risk that a character in a series can become stale just as the writer must avoid dramatic clichés. Badger has grown and will continue to travel a journey that not many could follow. It’s his strength and his burden.

Afterwards Badger reverts to being a loner and develops a natural affinity to Tom. Did you consider him going too far down that road?

I think Badger is at his most dangerous and effective when he is isolated. The foundation of discovering he is capable and perhaps even worthy of love will become a tool for survival even as he pulls away from his small circle of friends and family. Badger is a weapon but he understands love. It’s his paradox and I am never entirely sure just how far Badger will go to protect those for whom he is responsible and how much I admire him for his ruthlessness.

Will you give us a hint about what’s coming up next?

The next novel is called Hard Time and involves Badger going undercover in prison. It’s a tough, masculine environment and the confinement will be brutal on a Traveller but the penance may bring him a little peace. The backstory is extremism and hatred from both sides of the divide and he will need every skill he possesses to prevent the carnage of innocents. A task he can lose himself in—and for…