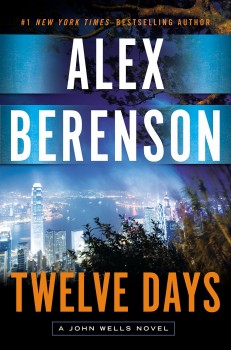 Ever since smashing onto the scene with his award-winning, bestselling debut, The Faithful Spy, Alex Berenson and series protagonist John Wells have thrilled readers, weaving dangerous plots ripped from tomorrow’s headlines, and offering high-speed windows into the world’s most exotic places. In his latest outing, TWELVE DAYS, Berenson leads readers on a breakneck adventure where Wells must prevent a terrible calamity where countless lives hang in the balance. But with only the titular twelve days to uncover the truth, is Wells in over his head this time?

Alex Berenson sat down with The Big Thrill to offer some insight into his latest thrill ride, and into the man behind the magic himself.

I am a former reporter who got into writing thrillers after spending some time in Iraq for the New York Times in 2003 and 2004. I wanted to explore the complexities of the post-9/11 world in fiction, and spy thrillers seemed like a natural way to do so. I didn’t study fiction in college or get an English degree or an MFA—I have always been what I’d call a working writer.

Tell us about your new book, TWELVE DAYS.

TWELVE DAYS is the ninth book in the John Wells series and the immediate sequel to The Counterfeit Agent, which ends with Wells and his two closest allies realizing that they have twelve days to stop the United States from being tricked into invading Iran.

What was your initial inspiration for TWELVE DAYS? How did the story’s premise develop through the early days of your writing process?

See the above. I knew I had to finish the story I had begun in The Counterfeit Agent—and if I hadn’t, the emails I received from readers would have opened my eyes!

How did you research locations, subjects, and other elements for TWELVE DAYS? Any interesting stories there?

I do typically try to visit as many of the countries in my novels as possible. In the last few years, I have been to Saudi Arabia, Lebanon, Afghanistan, Egypt, Kenya, Bahrain, Dubai, Israel, Jordan, Turkey, and many other countries. I am really looking for interesting locations and people—I don’t pretend to be an expert on the places, but rather to see them as Wells does, as an outsider with a hopefully keen eye. I think the travel is an important part of the series—people read thrillers to be transported, in both the literal and metaphorical senses of the word.

How much of yourself do you put in your characters? With which character in TWELVE DAYS do you most identify?

I think almost all writers put idealized versions of themselves in their heroes. I wish I were more like Wells—he’s braver, stronger, and tougher than I am. But I’d like to think that we share a certain hard-edged realism that doesn’t quite bleed into cynicism—the world is what it is, and I can’t do that much to fix it, but even so I’m going to try.

I found myself enjoying writing Aaron Duberman, the billionaire casino mogul who is ultimately behind the plot to drag the United States into war. He has very good reasons for doing what he does—and I like writing bad guys who aren’t just caricatures.

Now nine books into the John Wells series, how have you managed to keep the series fresh? What challenges have you encountered in keeping the series both engaging to long-time fans yet accessible to newcomers?

I think moving Wells around helps a lot—it gives him new places to see, new people and cultures to bounce off, new scrapes to escape. But writing a series that’s been going on for this long definitely has challenges. With TWELVE DAYS, especially, I needed to make sure to include enough backstory from The Counterfeit Agent that new readers would understand the geopolitical stakes and how Wells had gotten involved, without drowning the book in it. I hope I succeeded. The early reviews have been very positive.

I typically write a long chapter-by-chapter outline—fifteen single-spaced pages or so. I don’t feel the need to stick to it exactly, but I want to know that I’ve solved all the main problems before I start writing so that I don’t trap myself halfway through.

Besides being a brilliant exploration of power and politics, All The King’s Men, by Robert Penn Warren, is beautifully written, tragic, mysterious, and tightly plotted. It works on just about every level.

Having just returned from Vietnam, I’m going to go with that country. The weather’s great, the people are friendly (far friendlier to Americans than we might expect, given the war), the mountains and beaches are spectacular, and it’s relatively cheap. Plus—in contrast to the Middle Eastern countries I often visit—it feels like it’s actually safer and nicer and more fun now than fifty or one-hundred years ago—like it’s a growing country, on the way up, instead of choking on bureaucracy and terrorism.

Hmm. So many choices. I’m going to say Einstein—I would ask not just about his theories, but about how he felt when he discovered them—that titanic intellectual achievement.

In no particular order: telling stories that transport readers; figuring out plots that are both surprising and compelling; realizing truths about my characters (and maybe myself); the occasional felicitous turn of phrase.

How much time I waste. Or maybe that wouldn’t surprise them.

Read. And write. You can’t find out if you’re any good unless you actually fill the pages.

A tremendous thanks to Alex Berenson for taking us behind the scenes of his latest blockbuster. If you’ve never read a Berenson thriller, you’re in for a treat. If you’re already an established fan, you already know exactly what to expect: the unexpected, and then some. If you’re a fan of Tom Clancy, Brad Thor, or great spy thrillers in general, don’t miss TWELVE DAYS when it hits bookstores February 10. 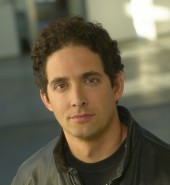 Alex Berenson was born in New York in 1973 and grew up in Englewood, N.J.  After graduating from Yale University in 1994 with degrees in history and economics, he joined the Denver Post as a reporter. In 1996, he became one of the first employees at TheStreet.com, the groundbreaking financial news Website. In 1999, he joined The New York Times.  At the Times, he  covered everything from the drug industry to Hurricane Katrina; in 2003 and 2004, he served two stints as a correspondent in Iraq, an experience that led him to write The Faithful Spy, his debut novel, which won the Edgar Award from the Mystery Writers of America for Best First Novel. He has now written seven John Wells novels and one work of non-fiction, The Number.  He left the Times in 2010 to devote himself to writing fiction, though he still contributes occasionally to the Times. Alex lives in Garrison, N.Y. with his wife, Dr. Jacqueline Berenson, their daughter Lucy,  their badly behaved dog Maggie, and Maggie’s dog Teddy.