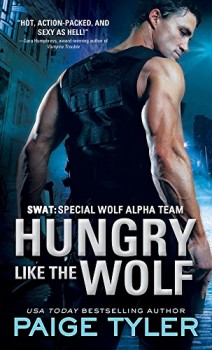 Just when you think the landscape of ultimate heroes and kick-butt heroines has been covered, this is the author who proves that’s not even close to being the truth. Paige Tyler launches into the New Year with a brand new series. Romance, suspense, thrills, chills, and a whole lot of heat—all this and more. For the first time in 2015 (and definitely not the last), we caught up with Paige to talk about everything from resolutions to what surprises await us all in The Big D series.

I hope you had a terrific ushering in of 2015, Paige! Did you make any resolutions in the literary realm?

No real resolutions, per se. My biggest goal for 2015 is just to hit my publisher’s (Sourcebooks) turn-in deadlines, while still finding time to meet my promo obligations, and then maybe have a few minutes left over to dabble in some of the other writing projects I have rolling around in my head. Right now I’m under contract to deliver four books in 2015, plus do the standard editing and revision work for those, and the ones already in the pipeline. Toss in the four conferences/book signings I’m planning to attend, and I’m going to be hopping.

(I’ll send over some energy drinks!)We are talking today, of course, about your brand new paranormal series: S.W.A.T.: Special Wolf Alpha Team. Did this new “crew” spring from another series you’d already created?

The S.W.A.T. series grew out of work my hubby (who helps as my writing partner) and I had been doing for quite a while. At the time, the series was intended to be somewhat more on the erotic side, based on good, old-fashioned, alpha-male cops. The basic tagline of the series was supposed to be: Believable cop drama…with a lot of hot sex. But as we began developing the various plot outlines, we kept running into the same problems over and over—either the story ended up too procedural (i.e., boring), or too erotic (i.e., sex scenes that were completely unbelievable in any realistic police setting). After months of re-writes and brainstorming, we were getting seriously close to dropping the whole idea. But, then, hubby made a joking comment about adding a zombie (in his mind, every book can be improved with the addition of a few undead.) I vetoed that idea immediately. I retain final executive authority on all story content, thank goodness. If not, there’d be zombies, ninjas, or claymore mines all over the place. I said that if we were going to put anything paranormal in the story, it should be a werewolf. Hubby came back with, “You know, that might just work.”

What is it about The Big D series that is so enticing, do you think? And why, exactly, are the team members referred to as, “The Darlings of Dallas?”

As for “The Darlings of Dallas,” that was my editor. In the story, the city loves their S.W.A.T. team and thinks they can do no wrong. The Girl Scouts even have the S.W.A.T. members turn out to kick off their annual cookie sales. My editor at Sourcebooks, and their amazing promo department, came up with that little tagline to help sum up how people see the team. Well, except for the bad guys…and a certain reporter.

Romance and seduction are always at high levels in your work. Can you let fans in on the ‘couple’ that will spark in this new series?

The hero, Gage Dixon, is the S.W.A.T. Commander. He’s spent the last few years slowly putting his team together, one werewolf at a time, ending up with a pack who work together better than anyone in the business. But Gage has his hands full; his guys tend to be a bit aggressive, prone to snarling and fighting each other, and destroying property when they start bumping heads. But as an “alpha” among alphas, he keeps them in line, with his biggest focus being on making sure nobody ever learns their secret.

But in this first book, someone has become curious. Mackenzie Stone is an investigative journalist for a local paper who decides these guys are a little too good. When a guy in prison convinces her that the team is on performance enhancing drugs, Mac decides to work her way into the good graces of the Darlings and expose them for what they really are.

Do you know ahead of time how many books will make up a specific series, or do you judge it by how the plot and characters grow?

In the case of the S.W.A.T. series, I designed the team with sixteen members, so I currently have the first sixteen books outlined to some degree, plus some smaller novellas that explore events/romances with some of the secondary characters met along the way. My X-OPS series is a little different. I originally outlined the first ten books with broad story arcs that if they were a recurring TV show would represent “seasons.” (i.e., X-OPS 1–4 would be season 1, and so on). Of course, at the end of the day, it’s the publisher who decides how many books will be in the series. I just keep writing them!

Let me start this off by saying, I’m no expert on this subject. But it seems to me that there’s still a lot of resistance out there to strong heroines. There have always been a few exceptions, but it’s still not the rule. I think there’s been more exploration in Hollywood, especially with the advent of the Marvel character line (I absolutely love Melinda May, aka ‘The Cavalry” in “Agents of Shield.”) But, again, I’m not sure I’d say she represents any kind of epic shift in viewer acceptance.

In some ways, the book industry is pretty much the same. Traditional romances still seem to prefer the “damsel” to some degree. I can tell you from personal experience that a lot of agents/publishers simply aren’t comfortable dealing with a heroine who stands toe-to-toe with a man; or, heaven forbid, fights one. When you do see these strong female characters in a book, it’s usually those stories that blur the lines between romance and the YA or urban fantasy subgenres. Those imprints seem more accepting.

As far as a role model for my stories, it would have to be “Buffy the Vampire Slayer.” It was really the first time I got to see a woman who still loved and needed her strong alpha hero, but also fought the bad guys.

Can you provide a short synopsis of the S.W.A.T.: Special Wolf Alpha Team that we will first meet in HUNGRY LIKE A WOLF?

As the name of the series implies, the sixteen members of Dallas P.D. S.W.A.T. are all alpha werewolves—with serious emphasis on the “alpha” part. When you read the first book, you’re going to see a pack that’s really tight, but behave like you’d expect a bunch of testosterone-laden guys to behave. My husband is retired military, so I hung around his units a lot, and it always struck me as strange how these guys could yell at each other, practically try to kill each other over something as silly as a game of volleyball, and then bust their butts for each other a few hours later. I tried to bring those experiences into the book.

I also went with a somewhat non-traditional werewolf mythology. These aren’t “cursed” monsters that only show up during the full moon—that just wouldn’t work with what I needed them to do as cops. So my werewolves are essentially born, not made. They’re born with a recessive gene that lies dormant inside them. By itself, the gene isn’t enough to make a person a werewolf. And once the gene flips on, the person has to go through an adrenaline-pumping, life-or-death situation. Something about the physiology of almost dying allows the gene to do its work and transform that person into a werewolf. But even after the change, I still handle them a bit differently than most legends do. In my world, werewolves run the gamut from having some werewolf attributes (claws, fangs, etc.), all the way to a complete shift into a wolf. I love the idea of being able to write werewolves in all their possible forms, and when you’re planning as many books in a series as I am, I think it’s important to keep the stories fresh.

Seeing as that we have spoken before, my famous “last question” has already been answered by you. Therefore… You have a time-traveling device and can use it to go one place and one place only; where would that be, and why?

I would love to be able to go to New Zealand when Peter Jackson was filming “Lord of the Rings,” especially during the Arwen/Aragorn scenes. I loved that movie and I double-loved the romance between Liv Tyler (I took her last name as my pen name by the way) and Viggo Mortensen (I so have a thing for him!) If I could just stand in the background and get to see those scenes filmed, that would be so cool!

And when that question is asked of any Paige Tyler fan in the future, mark my words, they’ll be begging to travel straight to The Big D and watch these brand new S.W.A.T. “darlings” make it to the screen! 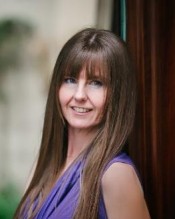 Paige Tyler is a USA Today Bestselling Author of sexy, romantic fiction. She and her very own military hero (also known as her husband) live on the beautiful Florida coast with their adorable fur baby (also known as their dog). Paige graduated with a degree in education, but decided to pursue her passion and write books about hunky alpha males and the kickbutt heroines who fall in love with them. She is represented by Bob Mecoy.