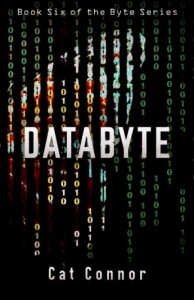 So far, I have counted thirty-one interviews of New Zealand author Cat Connor in the publishsphere. Every one of them starts with some derivative of “I’m really excited to …” That research got me pretty excited, too. Who was this woman who can get thirty-one jaded interviewers excited? And why did one of them refer to her as “bikini-less”?

So I was really looking forward to this interview. Brought my camera. I even tried to come up with some questions she hadn’t been asked before. That turned out to be easier than I thought because they all asked the same questions, and she only had to change the adjectives in her answers to be original. Not gonna work with me. So I asked my unique and probing questions, and you know what I found out? This: “I’m just me. The person who cleans up after kids and picks up dog poop while walking the hound.”

So there, all you other interviewers! I got the real Cat, on the record.

And when I pointed out the bikini-less thing, she just said she “certainly wasn’t wearing a bikini therefore, technically I am bikini-less.” Hard to argue with that, although I wanted to.

Cat has written a bunch of books and has been included in many anthologies, and the reason THE BIG THRILL dragged me away from my frenetic life in my trailer somewhere in Canada is the imminent launch of her seventh book in the Byte series, DATABYTE. Here’s the blurb:

When information becomes misinformation, the result is mayhem for Supervisory Special Agent Ellie Conway. Wanted for a murder she didn’t commit and on the run from the FBI, seemingly irrefutable evidence against her mounts at an alarming rate. The life of an actor with close ties to Delta A hangs in the balance and Ellie must also protect him, while trying to catch the real killer. Her only hope at returning to her life rests on her innate ability to see the truth.

Ellie is a pretty rugged and resourceful woman, “kick-ass” according to Cat. She thinks Claire Danes should play her in the movie. Ellie has been worked over pretty good in her previous adventures, one time even getting her throat cut. Hard to get happy after that. This one will be no different, and Ellie is getting it from both sides, the good guys and the bad.

Let’s get back to some of those penetrating questions I asked to unearth the real Cat Connor.

Huh? Her mother named her for a medical procedure? No wonder she spends so much time in the fantasy world of kick-ass agents and crazed villains. I wonder if maybe she shouldn’t be collecting a royalty every time someone gets a CAT scan.

ME, looking at her table: “Is that your gun?”

CAT: “Yes. And after your impressive stalking of me—the gun is probably going to stay close by.”

For the record, I deny any stalking. It was research.

ME: “What do you keep under your bed?”

CAT: “A case of body parts. And not just body parts. It has masks, gloves, bootees, disposable coveralls, surgical gown, a hunting knife, syringes, evidence bags, crime-scene tape, police notebooks. All sorts of things really, and none of them make the case sound any better.”

And the evidence is in the photo you see here.

She is a rabid Jon Bon Jovi fan, and her daughter claims to have witnessed Cat licking him. There’s more to that revelation, but it just diminishes the imagery.

Speaking of her kids, they have clearly been affected by Cat’s unusual interests. “My kids are totally okay with me creating blood spatter and learning about the different spatter patterns as they pertain to different weapons and injuries. The Girl Wonder [one of Cat’s five daughters, along with two greatly outnumbered boys] suggested the floor cushions would look good with blood pooling on them, and a partial body outline. That’s a project for next summer. Winter isn’t the best time to play with blood—takes too long to dry.”

I actually don’t know what to say to that. And with a gun nearby, discretion seems to be in order.

Her least favorite words are moist and plinth. Here’s what you do: read all of her books and count the number of times these words appear and send your answer to her through her website. Some lucky winner will get a prize. I don’t know what that is, but I’m sure she will think of something after she finds out about this contest. Maybe it will come from her case of body parts.

At this juncture, I thought I’d throw in some random quotes. Make of them what you will.

On traditional publishing: “Gatekeepers are necessary to prevent drivel from cluttering the world.”

On Australia: “Why anyone (who isn’t a criminal) would live there is beyond me. If it’s not flooding or burning, there is horrific death by every sentient being to worry about.”

On zombies or any other apocalypse: “We’re an island nation, we can shut our borders. Think about that for a minute. Wanna come live here now?”

Trying to get on more sane ground, we talk about her writing. She acknowledges being a “pantser,” writing by the seat of hers as opposed to following an outline and actually knowing what’s going to happen. “I work much better when I just listen to Ellie and write what she shows me as she shows it to me. It is a lot to do with trust and faith I guess. I trust that the story will all come together in the end and make sense.”

Apparently they do, because she has sold a lot of them. So, watch for DATABYTE this month, and the next in the series, ERASERBYTE, coming soon.

Cat Connor lives in Upper Hutt, New Zealand with her husband (Action Man) and their youngest two children (Squealer and Breezy). She is the author of The Byte Series published by Rebel ePublishers, USA. An FBI thriller series about the life of SSA Ellie Conway.

Cat hosts a fortnightly writing workshop at the Upper Hutt City Library. She’s coffee addict and a lover of red wine. Recently described as irresistible, infectious, and addictive. Cat believes music is essential. She knows where to hide the body and where you hid the body.