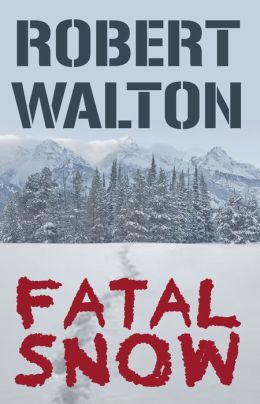 Proust was right. Not sure? Think of a favorite family vacation you took as a child. Then, call a parent or a sibling and ask them to recount the same trip. We want our memories preserved our way—embellishments and all.

Which is what makes FATAL SNOW such an interesting first novel by Robert Walton. A restaurateur and real estate salesperson living in the Northeast, it’s hard to image why he would write about an archeologist running for his life in the dead of winter through Wyoming’s Grand Tetons—until you ask him. “I was an archeology major in college,” explained Walton. “In the late 1970s, I spent time in Wyoming and Arizona on archeological expeditions.”

So while the rest of us simply wax nostalgic on Facebook, or at class or family reunions, Walton, a poet and short story writer, decided to weave his past memories together in the form of a thriller and through the eyes of protagonist Harry Thursday.

In FATAL SNOW, Harry Thursday, an archaeologist, is trying to forget the violent death of his wife during an expedition in Chile. During a camping trip with his best friend Conner in northwest Wyoming, they come upon a remote bawdyhouse. CJ, one of the girls, takes to Thursday and runs away with them. Skinny, her pimp, goes on a wild killing spree to get her back. Wounded by Skinny, and separated from Conner, Thursday battles infection hiding out with CJ while a winter storm wreaks its own havoc all around them. As they wait, Thursday discovers the secret CJ is holding, and why her pimp wants her back. It is only a matter of time before the final standoff between Thursday’s destiny and his terrible past.

Walton noted that Harry Thursday is, in some ways, his alter ego, “Harry is willing to take chances and experience events in the moment. He does a lot of things I would never do.”

Walton said that the list includes Thursday’s falling for CJ, “He got more emotionally involved with her than I originally planned. That surprised me about him.” In addition, Walton insists he’s never visited a bawdyhouse, despite Thursday having no trepidation in doing so.

But readers will find that Thursday’s adventures in the outer world are rivaled by scenes where Walton lives inside Thursday’s mind, battling through the storm, rugged terrain, and a crippling fever. “When you have a fever like that in real life, you lose control of all your senses,” noted Walton. “As a writer, you get the opportunity to really work with your own imagination. It was the most interesting part of the story to research and write.”

To find out how Thursday survives will require a trip to your favorite bookseller. However, (spoiler alert) he does survive, which gives Walton’s sprouting fan base a new adventure to look forward to. Walton provided this brief overview of the next adventure. “Harry retires to Costa Rica when the government comes down and asks for his help find the legendary Mask of Minos.” The story, which Walton says takes a “Hitchcockian perspective,” will have Thursday on a trail that leads through France, Switzerland, and Greece. The latter, as you might have guessed, is a place where Walton spent time on an archeological expedition.

That might explain why, when asked what was on his reading list right now, he said, “THE ILIAD. I loved THE ODYSSEY, so I had to read this, too.” This is not so surprising when you consider the range in Walton’s favorite author list, including Hemingway, Vonnegut, Crichton, le Carrè, Cormack McCarthy, Martin Cruz Smith and Iain Pears.

As he makes his own contributions to writing, Walton promises his fans that he will “Write honestly. I’m honest with myself and my perceptions of what I’m seeing when I write.” 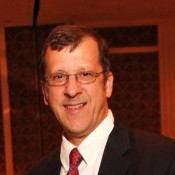 Robert Walton is a restaurateur and a real estate salesman and has been living in central Pennsylvania since graduating Penn State University in 1978. A poet and short story writer, he started writing his first novel four years ago and plans to release the sequel in the winter of 2014.