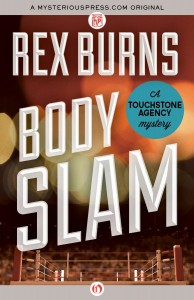 Targeted by thugs, a wrestling impresario reaches out to an old friend

When Otto Lidke got a tryout in pro football, he hired a lawyer friend named Jim Raiford to handle his contract. The negotiations were bungled, forcing both men into a career change. Trying to start a pro wrestling circuit in Denver, Lidke runs afoul of the national federation, which does everything it can—legal and otherwise—to stamp out his new venture. When shady business practices escalate into threats on his life, Lidke calls on Raiford, now a private investigator, to dig up some dirt on the men who are trying to put him out of business.

But instead he gets Raiford’s daughter, Julie—a whip-smart sleuth looking to prove she’s every bit as savvy as her father. As Julie and her dad dig into the vicious world of small-time wrestling, they find that though the fights may be fixed, the danger is all too real.

“One of our best writers of mysteries”~The Boston Globe

“[Burns] avoids clichés and provides us with good, intense narrative . . . within a truthful framework” ~The National Centurion: A Police Lifestyle Magazine 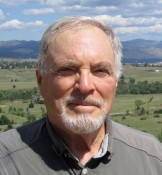 Edgar winner Rex Burns sets numerous thrillers in and around Denver, Colorado. Born in California, he served in the Marine Corps and attended Stanford University and the University of Minnesota before becoming a writer. His work is available in book and e-format from Mysterious Press.com/Open Road.

To learn more about Rex, please visit his website.