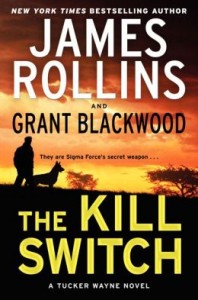 Who does the U.S. government call upon when a mission requires perfect stealth, execution, and discretion? Meet the newest recruits to the expanding Sigma Force universe—former Army Ranger Tucker Wayne and his stalwart companion, Kane, a military working dog of exceptional abilities — in:

The mission seems simple enough: extract a pharmaceutical magnate from Russian soil, a volatile man who holds the secret to a deadly bioweapon. But nothing is as it appears to be. A conspiracy of world-shattering scope unravels as Tucker and Kane struggle to keep one move ahead of their deadly enemies.

From the frozen steppes of Russia to the sun-blasted mountains of South Africa and Namibia, a biological threat millions of years in the making strikes out at the heart of America. All that stands in the way from a global apocalypse: one man and his dog. But can even Tucker and Kane thwart an ecological menace out of the ancient past to save the world’s future?

“This exceptional military thriller, a spin-off from bestseller Rollins’s Sigma Force series (Bloodline, etc.), introduces U.S. Army Ranger Tucker Wayne and his four-footed partner, a small Belgian shepherd named Kane. After a short stint protecting a Russian billionaire, Tucker signs on with Sigma Force, a unit working for the ultra-secret Defense Advanced Research Projects Agency. His job is to smuggle pharmacological tycoon Abram Bukolov out of Russia. Bukolov’s reasons for fleeing his country are murky, but it eventually becomes clear that he has the key to a virulent life form that has the potential to destroy all the plant life on Earth. Meanwhile, Gen. Artur Khazin of Russian military intelligence hires freelance mercenary Felice Nilsson to prevent Bukolov from escaping. The action careens across Russia and into South Africa, where Tucker and Kane must go underground to find the deadly life form. Rollins and Blackwood succeed brilliantly at depicting interspecies communication.” — Publishers Weekly (Starred Review) 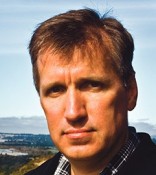 James Rollins is the New York Times bestselling author of international thrillers that have been translated into more than forty languages. Known for unveiling unseen worlds, scientific breakthroughs, and historical secrets, Rollins’ knack for breakneck pacing and stunning originality has been hailed by critics and embraced by scores of millions of readers around the world. 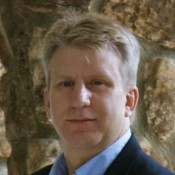 The New York Times bestselling author of the Briggs Tanner series, (The End of Enemies, The Wall of Night, and An Echo of War) Grant Blackwood is also the co-author of the Fargo Adventure Series (Spartan Gold, Lost Empire, and The Kingdom) with Clive Cussler, as well as the co-author of the #1 NYT bestseller, Dead or Alive, with Tom Clancy, and the upcoming thriller, The Kill Switch, with James Rollins.

A U. S. Navy veteran, Grant spent three years aboard a guided missile frigate as an Operations Specialist and a Pilot Rescue Swimmer.

Grant lives in Colorado, where he is working his own standalone series starring a new hero.

To learn more about Grant Blackwood, please visit his website.