Jess has just been named the deputy chief of Birmingham’s major crimes division when a celebrated ballet instructor is found dead.   The death is ruled an accident, but Jess’s instincts tell her otherwise.  Her investigation makes her a target, which could be as bad for her hunters as for her.

Jess Harris is a strong protagonist, a hardworking, forty-something Type-A personality for whom failure is not an option.  Her creator calls her relentless.

“Her determination has helped make her very good at what she does,” Webb says.  “She’s strong and brave and fiercely independent.  But beneath that ferocity there’s a vulnerability related to the abandonment she suffered as a child. Both her parents died when she was just a kid. She and her sister grew up hard and fast in a carousel of foster homes.”

It is clear that Jess feels she must never allow herself to be dependent on another person.  That makes the romance side of the stories interesting.  Part of what makes it hard for Jess to put the past behind her is that her first love, Police Chief Dan Burnett, is her new boss.

But the romantic suspense angle never dominates the story because Jess’ investigation of the dance instructor’s death leads her into the worlds of Birmingham’s gang culture and its powerful elite.  Southern gang life is a difficult subculture to understand but thanks to a relocation Webb actually got a little more up close with the research than she intended.

“About four years ago I bought a 112 year old house in a neighborhood that most would consider the ghetto,” Webb says.  “There are about 20 families who are trying to bring this old mill village back to what it used to be. We’ve bought and renovated these old houses and are attempting to resurrect a feeling of community. Drug dealers and prostitution are rampant in the neighborhood. There are shootings way too often.”

It sounds as though Debra Webb could use a problem solver like Jess Harris as a neighbor in real life. As bestselling author Cindy Gerard said in a blurb, “…Move over Jack Reacher – Jess Harris is comin’ to town.”  And as Webb points out, Jess and Jack do have a few things in common.

“Both lost their parents,” Webb observes.  “Jack had just one brother and Jess has just one sister. Things didn’t exactly end well for Jack in the military. Things didn’t end well for Jess with the Bureau. But, both Jack and Jess are survivors. Whatever happens in their lives, these are two people who are going to find a way through the darkness. “

I might add a certain irreverence neither character could deny.  But Jess is no knockoff character.  She is after all, part of a very long line of characters created by Webb in the process of writing nearly 100 novels.  Her well rounded mastery of her craft has resulted in the Faces of Evil series which is branded as romantic thrillers, despite undeniably strong elements of the mystery and police procedural genres.  The good news is that you can get comfortable with the series because Webb has already envisioned a long story arc.

“The Faces of Evil series is currently slated for twelve books,” Webb says.  “I’m working on #5 now.  Jess and friends will be exploring many faces of evil and she will find her place in Birmingham, her hometown.”

That’s a long story you’ll want to get in on early. POWER is a good place to begin your addiction to Debra Webb as she expands the adventures of Jess Harris. 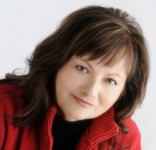 Debra Webb has penned nearly 100 novels including her internationally bestselling Colby Agency series. Her debut romantic thriller series, the Faces of Evil, propelled Debra to the top of the bestselling charts for an unparalleled twenty-four weeks and garnered critical acclaim from reviewers and readers alike. Don’t miss a single installment of this fascinating and chilling twelve-book series!

Bones Are Forever by Kathy Reichs

The September 2012 Edition of The Big Thrill