In the third thrilling action adventure novel in the Death Force Series, Shadow Force, Matt Lynn unleashes a plot so fiendish that the Daily Item review reads, “I was anticipating a good time and I wasn’t disappointed.  A cracking action thriller.  You can taste the dust and smell the blood.”

Shadow Force takes place in Somalia in 2010.  Somali-based pirates are attacking ships off the coast of Africa demanding tens of millions of dollars in ransoms, and pushing up the cost of shipping along one of the world’s most valuable trade routes.  The elite fighting men from Death Inc., are thrown into action in their most dangerous mission yet.  They are the British Government’s Shadow Force, a top-secret unit sent into Somalia to destroy the pirates.  But it soon becomes clear they have been thrown into a deadly conspiracy, in which only they are expendable . . . 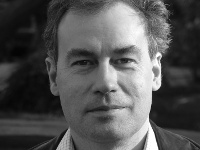 Matt Lynn has ghost-written several successful action adventure novels.  As a journalist, Matt has worked for the Sunday Times for many years and now writes a column for Bloomberg in the United States, and is a regular contributor to Spectator.

I caught up with Matt a few days ago and had a chance to ask him a number of questions.

Is there anything special you’d like to tell us about Shadow Force?

Shadow Force is the third book in the ‘Death Force’ series which tracks a group of mercenaries around the world. Writing a series is tough, particularly one that includes five or six core characters, but I feel it is really starting to hit its stride. The characters are growing all the time, and the stories are getting more adventurous. Once you get the characters established, they can all start to develop in different directions – and there is something very exciting about that, I think. Certainly for the writer, and hopefully for the reader as well.

Did any particular event inspire the plot?
The book is set amidst the battle against the Somali pirates. So, fairly obviously, it was inspired by the news stories about piracy attacks. I did a huge amount of research before starting work on the book, because I knew it was a great subject for a thriller, and I wanted to make sure I got it right. Pirates are a fascinating subject. I talked to a lot of people who work as security guards on the ships that sail through the Somali Basin, and that gave me a very clear idea of how a pirate attack is staged, and how it can be repulsed.

I’m starting with a joint launch party with another British thriller writer, Michael Ridpath. After that I have a whole series of bookshop and library talks.

The next book in the series is called Ice Force. It is set in the Arctic. I’m about half way through that book at the moment, and it is tremendously exciting. Fighting in the Arctic is not like any other kind of military engagement, because the weather is so extreme. And the story is set in winter as well, so it’s dark most of the time. It has a spooky, almost ghostly atmosphere, so it’s a challenge to write, but great fun as well.
When you’re not writing, what are you doing (hobbies, family, etc.)?

I’m always writing at the moment. I also write a column for Bloomberg on the European economy, and I’ve also done a book this year about Greece and the crisis of the euro (called ‘Bust’). But I also have three daughters, aged ten, eight, and three, and a big garden, so looking after all that doesn’t leave much time for anything else.

Your book looks exciting, Matt, and I look forward to reading it.