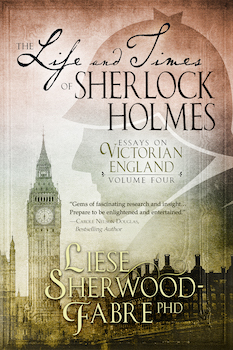 Be as smart as Sherlock Holmes!

Arthur Conan Doyle’s original tales include many references to everyday Victorian life that are no longer part of current readers’ world. These twenty-five short essays pull such items from the past and expand on their significance in the story. As an additional bonus, this book contains an essay on the role of scandal in Holmes’ cases, originally appearing in a collected volume of essays on feminism and agency. After enjoying these concise treatises on Holmes’ world, readers will have a deeper understanding and appreciation of both the times and the life of the world’s greatest consulting detective.

“Anyone entranced by Sherlock Holmes from the pen of Sir Arthur Conan Doyle, prepare to delve into a charming set of illustrated guidebooks to Holmes and his 1895 London. These essays are gems of fascinating research and insight on the culture that produced Sir Arthur’s most notable character. They are beautifully compact and illustrated and will lure the reader into revisiting the stories for fuller comprehension of the period and Conan Doyle’s life and interests. Author Liese Sherwood-Fabre has ferreted out many sources and footnotes them thoroughly. So settle in and prepare to be enlightened and entertained.” – Carole Nelson Douglas

What attracts you to this book’s genre?
As a sociologist, I have an ingrained interest in culture and its impact on people. In researching Victorian England and its impact on Sherlock Holmes as he matured, I came across so much information that I considered of interest to a larger audience. I wrote these essays to share what I learned and explain their importance in the original Sherlock Holmes tales. 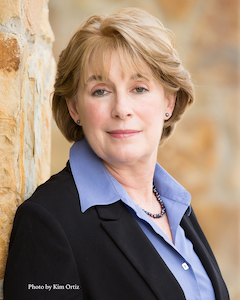 What was the biggest challenge this book presented? What about the biggest opportunity?
Both the greatest challenge and opportunity involved the research required behind each topic. Finding accurate information on sometimes rather obscure topics (such as the history of tweed) may require some digging. But what interesting information I’ve uncovered! Did you know, for example, the original tweed patterns were almost lost when the only manufacturer was sold? Or the popular yellow paperback novels were almost lost as well, but they have been scanned and can be read through a few universities (link included in my essay)? Or that condensed milk is recognized as decreasing infant mortality by providing sterilized milk for their consumption? Being able to share all this with a wider audience gives me so much pleasure. Whether you have an interest in Sherlock Holmes or not, learning about Victorian England provides insights into our own world and history.

Was there anything new you discovered or that surprised you as you wrote this book?
For each essay, I came across some very interesting tidbits of knowledge that added to both my understanding of the era as well as help in future trivia discussions. For example, some men presented a pair of gold handcuffs to women as a way of asking for their hand in marriage instead of a ring, an indication of binding the two together. While this can sound charming, it also indicates the relationship between husband and wife in this period.

No spoilers, but what can you tell us about your book that we won’t find in the jacket copy or the PR material?
In each essay, in addition to providing the context of the topic within the Sherlock Holmes tale, the essay explores the historical context as well as any current information on the topic. For example, the role opium played in the British economy and its impact on Sino-British relations until the 1940s.

Award-winning author Liese Sherwood-Fabre knew she was destined to write when she got an A+ in the second grade for her story about Dick, Jane, and Sally’s ruined picnic. After more than 10 years abroad, she returned to the US and seriously pursued her writing career. She turned an early interest in Sherlock Holmes into the series The Early Case Files of Sherlock Holmes, which explores how the world’s greatest consulting detective came to be. The research she has completed for this and other works forms the basis for her nonfiction series The Life and Times of Sherlock Holmes and established her as a Sherlockian scholar.