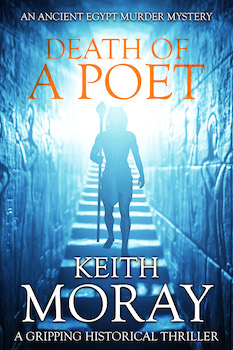 DEATH OF A POET is the first book in the Ancient Egypt Mystery series: historical thrillers set in Alexandria and featuring Overseer of the Police, Hanufer.

The poet Sotades the Obscene has been executed by being thrown in the sea in a leaded jar.
Soon a series of gruesome murders make the population suspect that Sotades did not drown but is taking revenge.

Can Hanufer appease both the Pharaoh and the gods?

Keith Moray recently spent some time with The Big Thrill discussing his latest thriller, DEATH OF A POET.

Which took shape first: plot, character, or setting?
This was definitely the character. As an Egyptology enthusiast all my life, I knew that I wanted to feature an ancient Egyptian detective. The name seemed to just come to me, but after I had written the novel, I was surprised to be drawn towards an exhibit in a glass case at the British Museum containing an extant copy of the Book of the Dead. There, I saw my detective, whom I had called Hanufer of Crocodilipolis actually depicted by a scribe back in 1300 BCE. Only one letter of the name was different.

What attracts you to this book’s genre?
As a crime writer, I appreciate being able to get away from modern day forensic science, so setting a mystery in ancient times does that perfectly. Also, choosing a crossroads in time, which the Ptolemaic era represents, gives one an opportunity to set a tale against the backdrop of major historical events and even have major figures grace the pages of my novel. 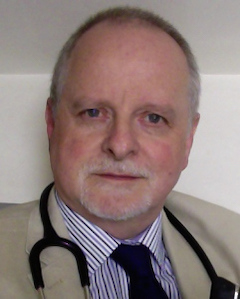 What was the biggest challenge this book presented? What about the biggest opportunity?
Setting a book in ancient Egypt, even though I have an extensive personal library on Egyptology, was never going to be easy. To write believably about the Land of the Nile, I needed to dig deeper than my books and the Internet allowed. I felt that I needed to know it, feel, smell, and taste it. Although I had cruised up the Nile in the past and visited all the main sites as a tourist, I needed to do this with a personal guide, who understood my needs as a writer for a specific time. My Egyptologist friend Ahmed El Sayed took me to various places and guided and helped me immeasurably to understand what it would have felt like to be Overseer Hanufer of Crocodilopolis, an Egyptian official in what was essentially a Greek city.

Was there anything new you discovered or that surprised you as you wrote this book?
That politics, at court, locally, and internationally played as huge a part then as they do in today’s troubled world.

What authors or books have influenced your career as a writer, and why?
Undoubtedly, Agatha Christie. Especially her novels Death on the Nile, Murder in Mesopotamia, and Death Comes as the End. Sir Arthur Conan, for giving us Sherlock Holmes. Georges Simenon for Maigret. Most importantly Robert van Gulik for the Dudge Dee novels set in ancient China.

Keith Moray (one of the fiction writing names of Dr. Keith Souter) is a doctor, novelist, short story writer, and poet. As well as being the author of many non-fiction and medical books, he is the author of the best-selling Inspector Torquil McKinnon Mysteries, cosy Scottish crime capers set on the fictional Hebridean island of West Uist.

He also writes The Sandal Castle Medieval Mysteries, historical novels set in 14th Century England. Most recently, he has started to write a series of crime novels set in Ancient Egypt. The first one of the series, DEATH OF A POET, will be published in October 2022. He is currently writing the sequel, Fall of a Scribe.