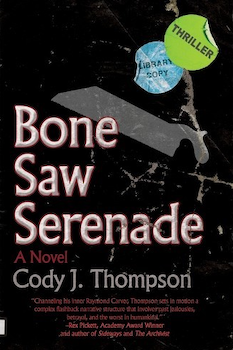 Everyone loves running into and reconnecting with an old friend. Someone you have lost touch with for any number of reasons over the years. It can stir up a cocktail of euphoric emotions through feelings of nostalgia, amusement, hope, and love. That is exactly how Emma Goodwin felt when she ran into her high school best friend Charlie Claymore after they found one another randomly after a decade of not seeing or speaking in a small coffee shop in Seattle.

Soon after their reunion, Emma’s husband Eddie goes missing without a trace of evidence linking anyone to the disappearance. Anguished, she spirals into her old ways with Charlie. When Detective Angus Pratt is assigned to the case, Charlie is determined to stay by Emma’s side, casting a dark veil over her he calls protection.

As they close in on the truth, a sinister plan is revealed that is darker and more terrifying than the vast, uninhabited woods that lie on the outskirts of town. Angus will stop at nothing to find the truth, and Emma may learn the hardest truth of them all: that the flames you hold the closest always burn the worst.

“Channeling his inner Raymond Carver, Thompson sets in motion a complex flashback narrative structure that involves past jealousies, betrayal, and the worst in humankind.” -Rex Pickett, Academy Award Winner and author of Sideways and The Archivist

“A captivating thriller. Thompson has a colorful, vivid imagination, which kept me engaged the entire time. From the moment I began flipping through the pages, I had a hard time putting the book down. Highly recommended!” -Chris DeMakes, Less Than Jake, ChrisDemakes a Podcast, author of Blast from the Past

“An entertaining thriller that flutters between anxiety-ridden lunacy and ice cold darkness. Will keep you looking over your shoulder and questioning what you think you know.” -Miguel Chen, Teenage Bottlerocket, author of I Wanna Be Well and The Death of Me

“Deceit, violence, and passion create a combustible cocktail that makes it a delight to tear through the pages-sometimes kicking and screaming-until the end.” -Ryan Woldt, author of Eli and Jane and Future Eli & Future Jane 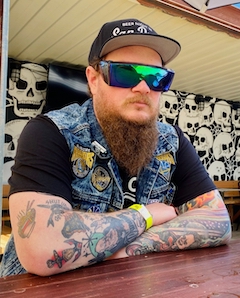 What attracts you to this book’s genre?
I love that horror and thriller books and stories can have so much depth. These stories are not only about shock, awe, and gore. Horror and thrillers can actually be beautiful poetry. When you see these genres that way, I feel like you can add so much depth to the stories as well as the characters. It’s a beautiful thing to send readers into a world in which they need to try to unravel the story, all while generating strong emotions from them as they go.

Was there anything new you discovered or that surprised you as you wrote this book?
The entire experience was a new discovery for me as I had never written a novel before. What has surprised me most as well as thrilled me has been readers’ responses to the story. Reviewers saying they’re shocked this is a debut novel and that the character development was “masterful” really surprised me.

No spoilers, but what can you tell us about your book that we won’t find in the jacket copy or the PR material?
That the story has a lot of heart wrapped in with the brutality of it all. The road is a bumpy one, soaked in blood, though redemption is entirely possible.

What authors or books have influenced your career as a writer, and why?
Most recently in the horror and thriller genre, definitely Clay McLeod Chapman, Eric LaRocca, and Spencer Hamilton. Each of them have shown me that horror doesn’t have to be only about gore and shocking events. It can be beautiful literature and poetry.

Cody James Thompson is a writer from San Diego, California. He has been writing for many years and is finally diving into the world of novels and storytelling. Previously, he wrote as a columnist with his work featured in San Diego CityBeat, San Diego Weekly Reader, The Westcoaster Magazine, and San Diego Downtown News, and he was the staff columnist for San Diego Uptown News writing about the beverage industry. With storytelling, he focuses mainly on thriller inspired work. When he is not writing or reading, he spends time with his wife and their two pit bulls, cheers on his Golden State Warriors and San Diego Padres, and can be found writing, producing and hosting the first and longest running beer podcast in San Diego, Beer Night in San Diego.