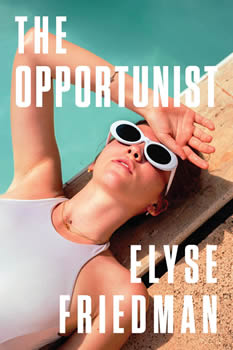 When Alana Shropshire’s 76-year-old father, Ed, starts dating Kelly, his 28-year-old nurse, a flurry of messages arrive from Alana’s brothers, urging her to help “protect Dad” from the young interloper. Alana knows that what Teddy and Martin really want to protect is their father’s fortune, and she tells them she couldn’t care less about the May–December romance. Long estranged from her privileged family, Alana, a hardworking single mom, has more important things to worry about.

But when Ed and Kelly’s wedding is announced, Teddy and Martin kick into hyperdrive and persuade Alana to fly to their father’s West Coast island retreat to perform one simple task in their plan to make the gold digger go away. Kelly, however, proves a lot wilier than expected, and Alana becomes entangled in an increasingly dangerous scheme full of secrets and surprises. Just how far will her siblings go to retain control?

Smart, entertaining, and brimming with shocking twists and turns, THE OPPORTUNIST is both a thrill ride of a story and a razor-sharp view of who wields power in the world.

The Big Thrill caught up with award-winning author Elyse Friedman to learn more about the thriller that has been called the deliciously sly, compulsively readable tale about greed, power and the world’s most devious family. Here’s what she had to say:

The biggest challenge was finding free time to write. I started this book so long ago but was always too busy with work and parenting to get to it. Then the pandemic hit, and I couldn’t teach for a year. It gave me time to finally write the book. 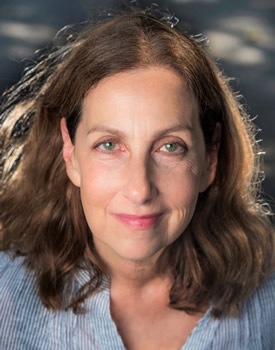 I was surprised by how much fun it was to write something murder-y. It was a blast to write a plot that twisted and turned so much.

I believe it was the plot that first tickled my brain and started the process going.

I’ve always loved thrillers and crime fiction. This is my first thriller. But I’ve long wanted to try my hand at writing one.

It can be read on two levels. Either as a suspenseful page turner, or as a commentary on the ways of women and men (and who holds power in the world).

Nabokov — for his playfulness with language and the fun he’s obviously having while writing.
Bukowski — for his raw honesty.
Lucy Maud Montgomery — the Anne books were my best friends when I was a kid. Full of humour and pathos.
J.D. Salinger — who made me feel less alone in the world when I was a teenager.
Elmore Leonard —for his mastery of plot and plot twists.

Elyse Friedman is a critically acclaimed, award-winning writer. Her work has been shortlisted for the Trillium Book Award, the Toronto Book Award, the ReLit Award, and the Tom Hendry Award. Her story “The Soother” won the gold National Magazine Award for Fiction, and she has twice won the TIFF-CBC Films Screenwriter Award.