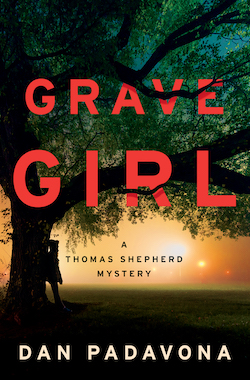 Every mind holds a secret. Some are more deadly than others.

Nightshade County Sheriff Thomas Shepherd is a successful model for every law enforcement officer with autism. He leads an idyllic life in his uncle’s old home along Wolf Lake and is planning to marry private investigator Chelsey Byrd.

When a star athlete’s girlfriend disappears while camping, everyone blames her volatile boy. The sheriff’s gut tells him there’s more to the story than the boyfriend is willing to admit. The more he digs into the case, the more he worries someone is hiding a dark secret.

Is the boy a killer, or is he the next victim?

Which took shape first: plot, character, or setting?
The character. Sheriff Thomas Shepherd was diagnosed with Asperger’s syndrome. After struggling for years to interact socially, he surrounds himself with people he cares about and shields himself from the horrors of the job with friendship and love.

What attracts you to this book’s genre?
I love a thriller that builds tension and puts characters you care about in jeopardy. There’s nothing like the adrenaline rush that an effective thriller/mystery generates. 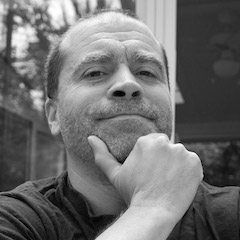 Was there anything new you discovered or that surprised you as you wrote this book?
The Wolf Lake characters took on lives of their own and often made decisions that surprised me. They grew before my eyes.

No spoilers, but what can you tell us about your book that we won’t find in the jacket copy or the PR material?
While GRAVE GIRL is a dark thriller and mystery on the surface, it is also about overcoming adversity, the power of friendship and love, and the importance of understanding others.

What authors or books have influenced your career as a writer, and why?
Dean Koontz for providing countless thrills and chills and proving that happy endings have a place in thrillers. Horror can have a heart. Melinda Leigh for building thriller and mystery stories around deep characters who are driven by emotion and learning how to live in each series.

Dan Padavona grew up in Cortland, New York, outside the beautiful Finger Lakes, where he earned degrees from SUNY Cortland and SUNY Oneonta. He entered the National Weather Service in 1994 and later became a forecaster for NOAA. After publishing “Storberry” in 2014, Dan fell in love with writing and authored nine additional titles by the end of 2017. Bram Stoker Award winner and legendary author Brian Keene called Dan “one of the most exciting writers to burst upon the scene in quite some time.”

Dan’s novel Her Last Breath reached the top 800 on Amazon in May 2022. He’s a supporter of Scares That Care and regularly donates to cancer research. When he’s not writing, Dan enjoys biking, weight-lifting, storm chasing, and eating too much ice cream.