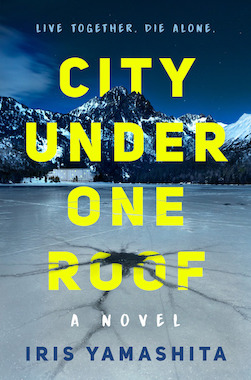 When a local teenager discovers a severed hand and foot washed up on the shore of the small town of Point Mettier, Alaska, Cara Kennedy is on the case. A detective from Anchorage, she has her own motives for investigating the possible murder in this isolated place, which can be accessed only by a tunnel. After a blizzard causes the tunnel to close indefinitely, Cara is stuck among the odd and suspicious residents of the town—all 205 of whom live in the same high-rise building and are as icy as the weather. Haunted by her past, Cara soon discovers that everyone in this town has something to hide. Will she be able to unravel their secrets before she herself unravels?

“Northern Exposure meets Dexter in this clever thriller where an isolated community is rocked by a twisted murder, increasingly dark secrets, and the terrifying knowledge that the people they always thought they knew are now the ones they should fear the most.” – Lisa Gardner, #1 New York Times bestselling author of suspense.

“CITY UNDER ONE ROOF is a gripping, unsettling, and oppressive thriller that welcomes a wonderful new talent to the genre. Prepare to be quickly immersed in this dark and moody murder mystery.” -Mary Kubica, New York Times bestselling author of Local Woman Missing

Electric and fast-paced, this debut thriller is a testament to Oscar-nominated Iris Yamashita’s skills as a storyteller. There’s no escape from the isolated Alaska setting, literally a city under one roof, for both the murder investigator and the reader. I fell in the rabbit hole and couldn’t come out until I read the final page. – Naomi Hirahara, Edgar-winning author of Clark and Division

“Iris Yamashita blasts into the world of crime fiction by doing something spectacular: introducing us to a totally unique location and sub-culture. A compulsive page-turner that’s both atmospheric and claustrophobic at the same time.”—C.J. Box, #1 New York Times bestselling author of Shadows Reel

“A well-crafted novel, told through the eyes of three very different women, with a wonderfully claustrophobic and atmospheric background.”—Ann Cleeves, New York Times bestselling author of The Long Call and Vera Stanhope novels

Iris Yamashita recently spent some time with The Big Thrill discussing her latest thriller, CITY UNDER ONE ROOF.

What attracts you to this book’s genre?
I didn’t realize I was attracted to the mystery genre until I started writing one. I haven’t read many mystery novels or watched many crime shows. But since I’ve always told my writing students that you need to start with a question that needs answering, I realize that much of good writing involves a mystery. 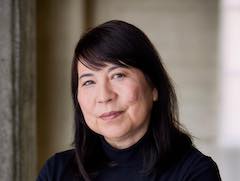 Was there anything new you discovered or that surprised you as you wrote this book?
I was surprised to discover how liberating it was to write a novel over a screenplay, mostly because there is so much more freedom and control of your work. When writing screenplays for hire, you are usually starting off with someone else’s ideas or IP to begin with, then you get notes from all the people who have their own visions of how the story should be told, and you also have to be conscientious of budgets, casting, and whether buyers have already filled their quota for your particular genre. Writing a novel mainly depends on an author writing a good story.

No spoilers, but what can you tell us about your book that we won’t find in the jacket copy or the PR material?
The book is filled with Alice in Wonderland Easter eggs. Only the most hardcore Lewis Carrol fans will find all of them, but there are some references that are more obvious than others.

What authors or books have influenced your career as a writer, and why?
In elementary school, Louisa May Alcott’s Little Women inspired me to be an author, and even though we’re eras apart, the struggles and thrills as a female writer to see something published still resonates. Alice McDermott was once my writing teacher, and I sometimes look at That Night for the way she crafts sentences for inspiration. Linda Palmer was my favorite screenwriting teacher who also started a mystery series in her later years, so I might be following in her footsteps.

Iris Yamashita is an Academy Award–nominated screenwriter for the movie Letters from Iwo Jima. She has been working in Hollywood for fifteen years and continues to develop for both film and streaming media. She has taught screenwriting at the University of California, Los Angeles and the American Film Institute. CITY UNDER ONE ROOF is her debut novel. She currently lives in Los Angeles with her husband.