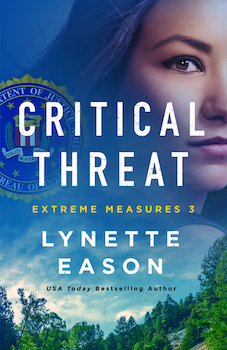 FBI Special Agent Grace Billingsley tracks serial killers, using her skills as a psychiatrist and behavioral analyst to get dangerous people off the street and safely behind bars. But prison psychiatrist Sam Monroe knows that just because a killer is incarcerated doesn’t mean they’re not a threat. His own father, Peter, is a serial killer—in prison but certainly not out of Sam’s life, as much as he wishes he was.

When bodies start showing up with Peter’s MO, Sam and Grace are both called in to consult. They’ve met before—and though Grace thought they’d made a real connection, Sam ghosted her. They’ll have to get past the awkwardness and mistrust to solve this case—especially because it’s about to get personal.

USA Today bestselling author Lynette Eason doesn’t give you time to catch your breath in this breakneck race to stop a serial killer.

I hope readers are thoroughly entertained. I want them to dive into the story headfirst and be so engrossed, they forget to come up for air. 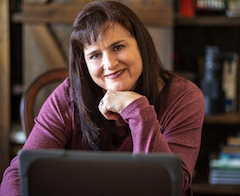 So many authors have been big influencers in my career. It’s hard to narrow them down, but Terri Blackstock, Dee Henderson, Colleen Coble, Irene Hannon, Lee Child, James Patterson and more. I was a voracious reader before I decided to write my own story so could give you about fifty more names, but we’ll stop there. LOL.

I love the fact that the bad guys get it in the end. At least that’s what happens in the stories I like! I do NOT like stories where the villain triumphs—even if you kind of like the villain. Ha. That’s not justice, and I’m ALL ABOUT justice.

The characters ALWAYS take shape first for me, but as the story progresses, some of the character traits morph or change so that they can be the heroes they need to be for the story.

Lynette Eason is the USA Today bestselling author of Life Flight and Crossfire, as well as the Danger Never Sleeps, Blue Justice, Women of Justice, Deadly Reunions, Hidden Identity, and Elite Guardians series. She is the winner of three ACFW Carol Awards, the Selah Award, and the Inspirational Reader’s Choice Award, among others. She is a graduate of the University of South Carolina and has a master’s degree in education from Converse College. Eason lives in South Carolina with her husband and two children.