Cozy up with a thrilling new mystery audiobook—we recommend finding a perch by a fireplace, fresh croissant in hand, ready to dive back into the world of Three Pines. Read on to discover mysterious audiobooks full of secrets, betrayals, tests of family loyalty, and a possibly guilty playwright—all from favorite authors and fabulous narrators. 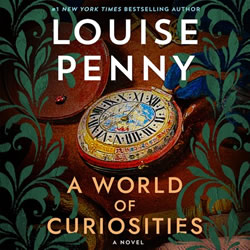 Robert Bathurst performs this 18th Inspector Gamache mystery with the assurance of one who knows the village of Three Pines and its–mostly–gentle residents well. Years after Gamache and Beauvoir investigated the murder of a mother, her two adult children arrive in the village. Their surprise arrival triggers Gamache’s and Beauvoir’s remembrances of things past. Bathurst weaves several timelines together seamlessly to create an exciting tapestry revealing crimes against women, child abuse, revenge, and murder. Fans are in for a treat. 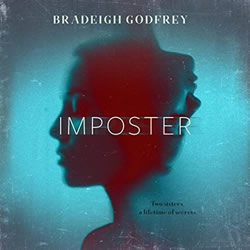 Eileen Stevens and Brittany Pressley narrate the story of two sisters, Lillian and Rosie, who were torn apart by their parents’ untimely deaths and are now trying to reconnect. A car accident involving both sisters has left Rosie unable to communicate after a traumatic brain injury. The raw intensity of Stevens’ narration adds a layer of reality that holds listeners captive. Likewise, Pressley becomes Rosie, narrating her past diary entries with a passion that clarifies her enigmatic character. Listeners will feel like guests at an intimate family reunion, complete with deadly skeletons in the closet. 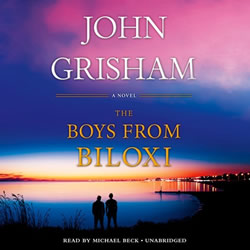 THE BOYS FROM BILOXI

In true Grisham style, this audiobook has a rich historical background, which narrator Michael Beck weaves through its tale of deceit, betrayal, and murder. Two boys, Keith Rudy and Hugh Malco, were friends in 1960s Biloxi, Mississippi, until family loyalty tore them apart. Beck’s narration brings the red-hot flavor of Mississippi culture to life for listeners. His Southern accent is deliciously warm and inviting, and he delivers humor with outstanding rhythm and timing. This is another expertly performed novel that Grisham fans won’t want to miss. 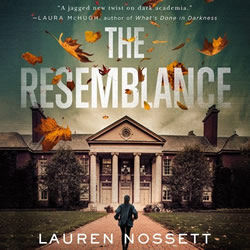 Saskia Maarleveld narrates this thriller involving the murder of a fraternity member at the University of Georgia. Everyone’s keeping secrets, including Detective Marlitt Kaplan. The daughter of a UGA professor, she’s assigned to investigate the case of the young man who was struck dead at a crosswalk by an oncoming car. Oddly, the driver looked just like the deceased. And it’s said he was smiling. Maarleveld’s narration is perfectly paced for a thriller. Her emotional performance suggests that everyone involved is just a step away from danger. 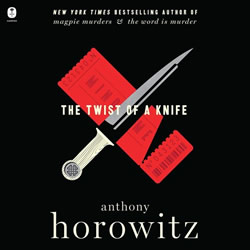 THE TWIST OF A KNIFE: Hawthorne and Horowitz, Book 4

Rory Kinnear delivers an engaging and well-paced performance of Anthony Horowitz’s third mystery featuring PI Hawthorne and Horowitz himself as a character. The amusing, sometimes befuddling, conceit mingles a fictional plot with facts from Horowitz’s actual life. This time, the murder of a critic who panned Horowitz’s London play implicates the playwright. Kinnear’s chesty-sounding Hawthorne is engaging, intransigent, and offhand; his higher-pitched Horowitz is hapless and comically whiny as a disbelieving victim. Kinnear offers distinctive and droll character interpretations that maintain our interest through to the surprise conclusion.