Continuing a Legacy of Characters 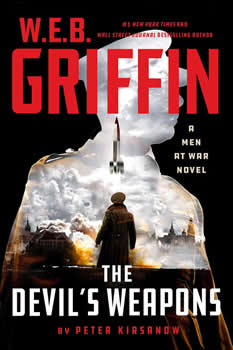 W.E.B. Griffin’s legacy of characters continues in THE DEVIL’S WEAPONS, in which “Wild Bill” Donovan orders Canidy and Fulmar to go behind enemy lines on a mission with almost non-existent chance of survival. Ordering men to march to their deaths is a burden of command, and one that must be taken to ensure the peace found at the other side of war. The mission is to go into Poland to locate and rescue a rocket scientist, one whose research may tip the scale of the war.

Although Griffin sadly passed away in 2019, readers were far from ready to let go of the characters he’d created. So when the W.E.B. Griffin estate and Penguin decided to continue the Men at War series, they turned to author Peter Kirsanow, with the caveat that the new stories maintain the continuity and chronology of the previous ones.

“My agent, Scott Miller, called me and said that they were interested,” Kirsanow says. “Since I’d been a big W.E.B. Griffin fan, having read nearly every one of his books, and because I’d written military/political thrillers, I was excited and honored. Griffin was and remains a giant in the genre, and although I wasn’t daunted, I fully appreciated the responsibility of producing a written product worthy of the name.”

In preparation to take over the characters and pen a worthy story, Kirsanow started by re-reading all the books in the series, this time leaving the fun of them aside and making notes regarding histories and personal quirks of the principal characters. 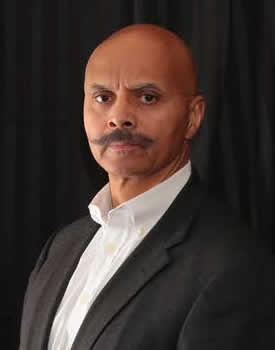 “Starting with Dick Canidy and Eric Fulmar,” Kirsanow says. He also refreshed his recollection of historical characters such as OSS head “Wild Bill” Donovan, Winston Churchill, Franklin D. Roosevelt, Joseph Stalin, notorious Soviet police chief Lavrentiy Beria, and even Ian Fleming. “I then prepared a timeline of the salient events in the lives of Canidy and Fulmar to ensure biographical and chronological consistency.”

The plot originated from his editor’s casual mention that the Katyn Forest massacre could be used as a hook.

“Of course, I was familiar with the massacre and its implications,” Kirsanow says. “Fortunately, I’d read dozens of WWII histories, both European and Pacific theaters, so I had a decent base of knowledge. But when I did a deep dive into the massacre, I learned several fascinating items—such as the primary executioner was NKVD Major General Vasily Blokhin, the most prolific murderer in history, who personally executed more than 6,000 Polish officers, government officials, and intelligentsia, one at a time with a Walther. It took off from there to be a desperate hunt by the major powers for the one person to escape. Nonetheless, when doing detailed research, I was impressed by the fluidity of allegiances and alliances between countries and people during the war.” 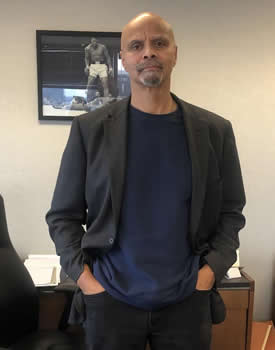 World War II is still a favorite time period for historians as well as writers, probably because the scale of the conflict was unprecedented in human civilization and profoundly affected not just geostrategic alliances and military doctrine, but the shape of the world to this day.

“There are millions of stories of heroism, self-sacrifice, cowardice, honor, and duplicity,” Kirsanow says. “The war spawned some of the greatest monsters in history but also some of the most gallant and courageous heroes.  Few are revered and admired as those of the Greatest Generation, and justifiably so.”

This being the eighth book in the series, it fell on the new author to make the characters fresh for existing fans—but also enticing to newcomers.

“The great thing about W.E.B. Griffin characters is that they’re multidimensional,” Kirsanow says. “They’re not cartoon characters. So you can maintain their essence while revealing fresh things about them that are consistent with their personalities and histories. Newcomers who like tough, resourceful heroes, unrelenting tension, and high-octane action will get a very large dose of each.” 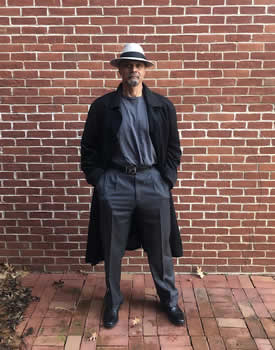 Writing historical characters entails certain responsibilities for the author regarding history and truth, but that doesn’t mean it’s not fun.

“Fun is an understatement,” Kirsanow says. “Imagining the fear of an NKVD colonel when assuring Stalin and Lavrentiy Beria that a critical clandestine operation was going well, when in fact he hadn’t communicated with the operator carrying it out,  is sobering, if not downright chilling. Churchill’s prodigious wit and eloquence can’t be captured by mere mortals, but it was an enormously entertaining enterprise to craft dialogue between—for example—Churchill and Commander Ian Fleming, or FDR and Wild Bill Donovan. An Algonquin Round Table of giants and geniuses.”

The saga will continue developing characters within the context of major historical events.

“The next installment is already in progress,” Kirsanow says. “It involves a Nazi plot related to the Big Three. That’s all I’ll say for now, other than it involves the most dangerous and formidable adversary Canidy and Fulmar have ever faced: Waffen SS commando Otto Skorzeny, often called ‘The Most Dangerous Man in Europe.’”

When asked for a parting thought about THE DEVIL’S WEAPONS, Kirsanow says, “This book is not for someone who needs to be asleep by 11:00 p.m.”