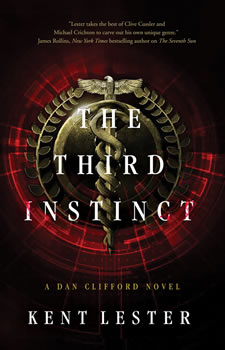 A shadowy group of bio-hackers called the Firemen threaten to worsen the COVID pandemic by releasing an even more lethal version of the pathogen. But what drives the Firemen, and how do their motivations relate to the wealth of the Roman Empire and to the third basic human instinct?

The answers may lie with prediction scientist Dan Clifford. Unemployed and struggling with two years of pandemic isolation, he is rebuilding both his career and personal life. His plans to propose to his adrenaline-junkie girlfriend, Rachel Sullivan, are interrupted by the FBI. Dan must connect a maze of clues from the shadowy underworld of Savannah’s hacker community to the ancient powerbrokers of Rome and in doing so, uncover a hidden agenda of big pharma and a two-thousand-year-old battle for control of public opinion.

In this day and age of superheroes, readers have less and less in common with the characters in stories. I’m inspired by the reluctant hero, the ordinary guy or girl thrust into extraordinary circumstances. To me, the threat is greater when it has verisimilitude, so I’m attracted to “near science fiction” that is, science-based fiction that will soon become science fact. Often, clinging to “near science” will create a circumstance where fiction will foreshadow impending fact, as it did in The Seventh Sun, a science-based thriller that foreshadowed the COVID pandemic.

The biggest challenge? Keeping the story’s fiction ahead of current events. Often reality can overtake a fictional story that takes a year or two to go from an idea to a printed hardcover. The biggest opportunity is when you beat reality by a few months, and your fictional imaginings become hauntingly prophetic. 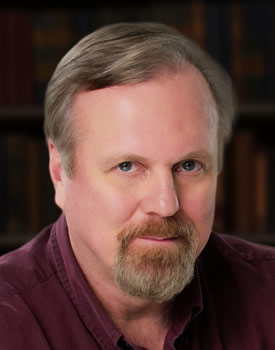 THE THIRD INSTINCT is the sequel to The Seventh Sun, so the characters were fully developed. The plot was inspired by current events, the historical fall of Rome, and the COVID-19 pandemic, which was also somewhat foreshadowed by fictional events in The Seventh Sun.

Yes. How current events kept overtaking my story so quickly that I would have to rewrite entire sections to keep the plot “fresh.” There are some fictional medical discoveries described in the book that have recently been announced as fact before the book is even released.

The story centers around the search for truth in a sea of misinformation. To highlight that dichotomy, the story itself contains a lot of historical fact mixed in with a lot of fiction. So much so that I felt compelled to provide the reader with a “roadmap to the facts” at the end of the story. There are a handful of characters who are real sprinkled within the story, many of whom I met as a child or young adult.

Clive Cussler for his sense of adventure and underwater action. Michael Crichton for his eclectic subject matter and scientific realism married with fantastical themes. Dan Brown for his execution of the “big idea” or “High Concept” mixed with historical details. James Rollins for his prolific imagination. John Sandford for his realistic writing style and pacing.

Kent Lester was born in 1953 in Moultrie, GA and attended the University of Georgia. He writes both fiction and nonfiction. During his career, Kent has worked in the construction, photography, and computer industries. He has built single family homes, worked in the CAD/CAM construction industry, and consulted with builders on accounting and estimating software.

To learn more about Kent and his work, please visit his website.