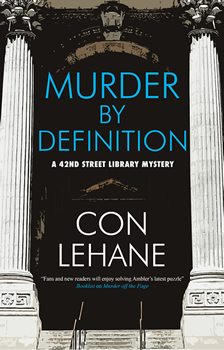 Hardboiled crime writer Will Ford might be critically acclaimed, but he’s every bit as drunken and disreputable as the ne’er-do-well private eye in his novels. So when Ford offers Raymond Ambler—crime-fiction curator at New York City’s prestigious 42nd Street Library—a collection of his papers, Ambler wonders if the project will be more trouble than it’s worth. Still, the disgraced author is an important talent, and Ambler’s never been afraid of a fight.

Ambler’s ready for the controversy that greets news of the acquisition. He’s not ready, however, for what he finds when he finally receives the papers: a gripping unpublished short story apparently based on a real case, with an explosive author’s note. If it’s true, there’s been a shocking coverup at the heart of the NYPD—and a cop has gotten away with murder.

If it’s true. Ford’s not talking, and Ambler’s good friend Mike Cosgrave, a veteran NYPD homicide detective, is beyond skeptical. But as the pair investigate, they’re drawn into the sordid underbelly of 1990s New York, packed with pimps, thugs, and mobsters…and they’ll be lucky to come back out alive.

The Big Thrill caught up with author Con Lehane to learn more about the fourth installment of the 42nd Street Library mystery series, MURDER BY DEFINITION:

The biggest challenge was ending it. I knew what the ending was but couldn’t for the longest time figure out how to portray the end (not exactly the end but the climax). 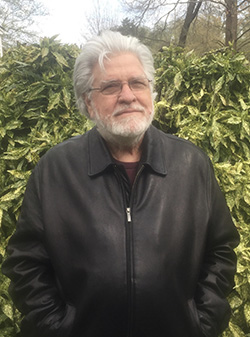 The setting—the 42nd Street Library and New York City–are always important. But in this one, the characters—more than one of them—are most important.

Crime novels are the social novels of our time. (I think Dennis Lehane said this a long time ago.)

The story wasn’t supposed to be so much about cops. But it kept developing that way. Just about everything that happened in the book surprised me. I was expecting one thing to happen, and something else happened; a character was supposed to be a bad guy, and he’d do something that made him—not more sympathetic, so much—but more understandable, though that’s not the right word.

The book portrays lots of evil, but I’m not sure there are any real villains.

Too many to name…Nelson Algren and The Man with the Golden Arm is the reason I became a fiction writer. Hammett, Chandler, and Ross Macdonald are the reason I became a crime fiction writer. Richard Wright might be the most honest writer I’ve ever read. Hemingway, Faulkner. I’m aware these are all men. To compensate, Wuthering Heights is one of my top few favorite books. Tillie Olsen, Here I Stand Ironing, was also an influence, along with a depression-era book Waiting for Nothing. I spent a lot of time reading proletarian literature in my formative years.

Con Lehane is a mystery writer, living in Washington, DC. He is the author of the 42nd Street Library mysteries, featuring Raymond Ambler, curator of the library’s (fictional) crime fiction collection. He’s also the author of three mysteries featuring New York City bartender Brian McNulty and has published short stories in Ellery Queen Mystery Magazine and Alfred Hitchcock Mystery Magazine. Over the years, he has been a college professor, union organizer, and labor journalist, and has tended bar at two dozen or so drinking establishments. He holds a Master of Fine Arts degree in fiction writing from Columbia University School of the Arts and teaches writing at The Writer’s Center in Bethesda, Maryland.