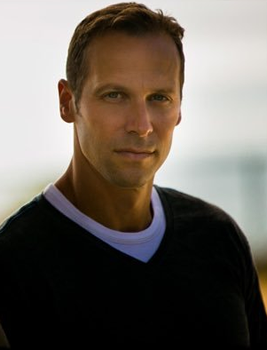 New York Times internationally bestselling author Gregg Hurwitz is anything but boring. His research for his award-winning thrillers has led to some action-packed adventures, including sneaking onto demolition ranges with Navy SEALS, swimming with sharks, and going undercover into mind control cults. Even his recreational pursuits seem bigger than life: wrestling with his Rhodesian ridgebacks, doing hot yoga, and drinking bourbon.

But when it comes to a typical writing day, he says, it’s pretty dull. “I wake up, have coffee, go into my office, and write all day.”

Maybe that’s how he manages to pack so much into his life. While he’s best known for writing thrillers, and his Orphan X series in particular, he’s also published poetry; academic, political, and cultural articles; and screenplays. He even helped write the script for the opening ceremony of the 2022 World Cup.

And he writes comics. Lots of comics.

Asked how a successful thriller writer found himself an equally successful comic writer, Hurwitz says, “Axel Alonso, the editor-in-chief at Marvel, had read some of my thriller novels and reached out to see about a collaboration. Being a comic book junkie from a young age, I jumped at the opportunity. Together we worked on Foolkiller, Punisher, Moon Knight, and Wolverine. After a wonderful time there, I spent a few years over at DC writing Batman: The Dark Knight.” 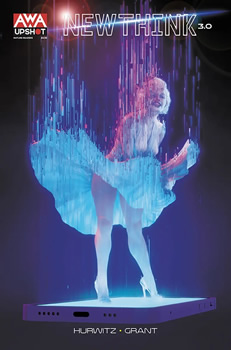 After a while, he reached a point where he’d already written all of his favorite characters.

“While it was a great pleasure for me to play in those sandboxes, I wanted to go back to novels and screenplays unless an opportunity presented itself for me to create my own characters in comics,” he says. And so, after a hiatus of nearly a decade, it happened. “I got another call from Axel to come play at AWA, where I joined the Creative Council and had a chance to dream up my own comics.”

So how does he find time for it all? “I’ve always had a hard time saying ‘no’ to fun,” he says. “So I make time for special projects, even when that means stacking deadlines.”

His newest project is his creator-owned comic, NEWTHINK. “[It’s] a bit like Black Mirror meets The Twilight Zone,” Hurwitz says. “With tech addiction and cultural polarization at a level that feels insane, I wanted to create a series of stories that break the frame on our understanding of our current reality.”

NEWTHINK is a beautiful comic. The art is gorgeous and emotional, each issue rendered in a different style. It’s a series of short stories that shine a light on current cultural issues by way of a parallel universe very similar to our own. 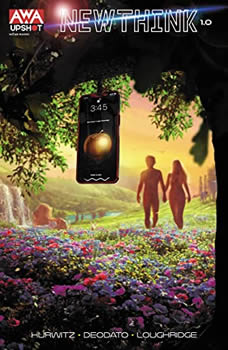 The debut issue of NEWTHINK

Hurwitz says, “Thirty years ago looking forward, we would find our life today to be unimaginable. Computers in our pockets. Devices we talk to. Self-driving cars. How would we render it in fiction? Not to mention our political and cultural reality, which is upside down and continuing to rotate faster than we can keep up with.”

This tech-explosion seemed a perfect backdrop for an alternate reality series. “We’ve had all sorts of science fiction,” he says. “Aliens and time travel. Post-apocalyptic worlds and interplanetary journeys. In a world this crazy, I figured I didn’t have to write about the future to show the surreal. Maybe I could show the insane present in a different light. And that’s what NEWTHINK is all about. When we tumble through the Looking Glass and look back at ourselves.”

NEWTHINK asks the question: What if we are already occupying the craziest narrative we could dream of and we’re too braindead to notice?

“With novels, the author must play every role—the director, the cinematographer, prop master, location scout, hair and makeup, etc. In film and TV, there’s an entire team devoted to realizing the vision—and every aspect of plot and character must be pushed into what is seen and heard,” Hurwitz says. “Comics are more limited in that you can’t show a ‘scene’; you must tell a story in three to eight snapshots per page. So you have to decide what to depict in order to bring the story to life. You can’t show Batman punching someone—you either show the windup, the moment of impact, or the aftermath. And making those choices force the writer to take a leaner creative approach.” 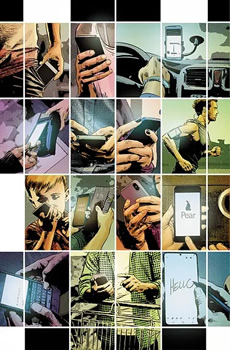 In a project like this, the author/artist collaboration is critical. For NEWTHINK, Hurwitz worked with an incredible array of talent. “It was like winning the lottery,” he says. “I worked with a different artist for each issue: Mike Deodato Jr. ‘The Skreens,’ Ramon Rosanas ‘A Fair Tale,’ Keron Grant ‘Red of Beak and Claw,’ Mike Choi ‘Nowtopia,’ and Will Conrad ‘A Children’s Story.’ When I work with artists of that caliber, I defer to them a good amount on how to depict the story. I make recommendations by page and panel of how I see the story laying out, but I want them to have a lot of elbow room to show the story in the best, most creative way possible. As long as they understand the DNA of the script, they can reimagine it in different ways. I review layouts and then inks and then colors so there’s plenty of room to discuss and collaborate.

“I can’t believe how beautiful this collection turned out. Far and away my favorite thing I’ve worked on in comics.”

But why a comic instead of a novel? “It was essential to have visuals to lay out these tales,” Hurwitz says, “and comics allow an unlimited budget for special effects. As long as my artist and I can dream it up, it can be conveyed. My last movie (Sweet Girl on Netflix) had a budget in the tens of millions of dollars. But for a story anthology that is in many regards experimental, we didn’t need the same amount to get it on its feet.” 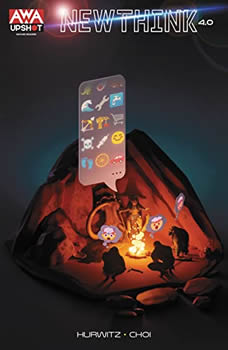 Besides, the stories are all different—a science fiction thriller, a twisted fairy tale, a stalker horror story, a time travel story, and a children’s story unlike any other—and they all needed different artistic styles. “Comics allow for so much creative range. Where else can you do that?”

The message of NEWTHINK is clearly dear to his heart. Asked how the idea for the series came to him, he says, “I’d been doing a lot of pro bono work against polarization, extremism, and disinformation since 2015. Early in my career, I’d written a book, The Program, about mind control cults and methods, even going undercover into cults to research them. And I started to notice around 2015, as polarization was accelerating, that the interface between technology and what my colleague, Samar Ali (whose work is depicted in issue #5), has termed the Hate-Industrial complex had many features of mind control methods. I don’t think it’s possible for anyone (myself included) to remain sane if they are spending a lot of time online, in cable news, or on social media.”

It’s a sobering thought, and NEWTHINK leaves the reader with plenty of those to grapple with. It’s a series you won’t soon forget.

You can learn more about Hurwitz and his work, including NEWTHINK and his upcoming Evan Smoak book, The Last Orphan, on his website.