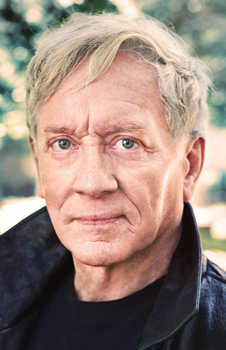 “We are so scared of being judged that we look for every excuse to procrastinate.”—Erica Jong, writer

You have ambition and drive, yet you find yourself stalling or postponing action on your manuscript. Ironic, isn’t it? Instead of planting yourself in front of the screen, you watch yourself organize your spice rack, re-arrange furniture, or engage in unnecessary cleaning. You call yourself lazy because you can’t get motivated despite the looming deadline. But you’re not really a couch potato because you’re being productive. You know you’re not focused on your priorities, but you stall anyway. You recognize you’re procrastinating, and you’re getting antsy, catapulted into a swirl of adrenaline and cortisol stew. The deadline passes, commitments pile up, and your inner critic beats you into smithereens, attacking you with ugly names, making you feel lousy. Now you must reckon with the second layer of pressure that adds insult to injury.

Author Erica Jong is correct. Procrastination is an emotional response to writing stress that protects you against fear of failure or judgment by others. Postponing a task is how we try to reduce the stress of “Can I do it perfectly?” “Will my editor like the outcome?” Or “What will my agent think?” You’re doing something against your “thinking brain’s” awareness, but you do it anyway because it relieves stress. It’s not rational or logical because it takes effort and energy to procrastinate, but your efforts still are going in the wrong direction.

Some writers say to themselves, “If I don’t try, I can’t fail.” Postponing brings relief in the short term while undermining your happiness and success in the long run. If you avoid the looming task, you temporarily avoid the judgment and self-doubt. It’s much more fun to go watch a sunset than sit in front of a blank screen with your heart beating a mile a minute. It’s a paradox because the avoidance of pressure amplifies the pressure. The closer you get to a writing deadline, the more distressed and paralyzed you feel, and in the long run stalling erodes your productivity and adds to chronic stress.

Six Strategies to Break the Cycle:

1. When a writing project feels like an uphill struggle, focus on the positive aspects of finishing it before the weekend so you can enjoy the days off. In the end, considering the long-term benefits moves you closer and quicker to the finish line. 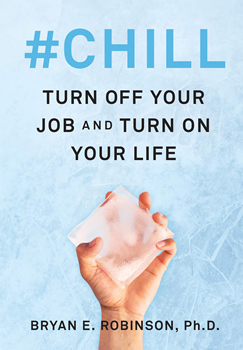 If you’re like most writers, you have a relentless voice in your head that bludgeons you with oppressive words (the psychologist Albert Ellis dubbed it musturbation) such as “must,” “should,” “ought,” and “have to”: “I must finish the manuscript,” “I have to land that publisher,” “This book should be perfect.” Bowing to oppressive language fuels dread and procrastination. Translating self-imposed pressure into language that reflects choice such as “I can,” “I get to,” “I want to,” or “I plan to” liberates you from the shackles of dread and procrastination, enabling you to proceed with your writing.

3. Perfection’s iron-fisted grip causes you to set unrealistic goals, try too hard, and avoid the impossible target you set for yourself. Out-of-reach expectations cause you to see failure even in your triumphs. You’re less likely to procrastinate when you see goals as doable and reachable. Writers often deliberately pen an imperfect first draft—known as “the shitty first draft”—in order to bypass their perfectionism. Permitting yourself to perform a task imperfectly tricks the emotional brain and reduces any resistance to completing the task. When you permit yourself to make a mistake, the completed manuscript usually turns out better than you had imagined.

4. Simply choosing one item from your to-do list that you can accomplish quickly then completing it can give you a jump-start and lift the burden of procrastination. You can face writing commitments head-on and early instead of waiting until the last minute. If you have several items on your list, you can prioritize essentials and non-essentials and work through the tasks that need immediate completion one at a time.

5. Breaking down the writing project into short time chunks of five or ten minutes keeps you from feeling overwhelmed by the big picture. Studies show that taking doable micro-steps helps you realize the task isn’t as difficult as you thought, allowing you to break through postponement and move to completing the task. Although taking the first step can be the hardest, once you complete it (perhaps just sitting down and opening your computer), it can get you going.

6. Reward Yourself. Your brain is hardwired to seek pleasure and avoid pain, and it loves a reward. After you complete a small portion of a writing—not before you complete it—give yourself a payoff. Instead of watching your favorite television show before completing a portion of the task, plan to view it after finishing a part of it. This approach boosts your motivation so you can enjoy one of your favorite activities afterwards.