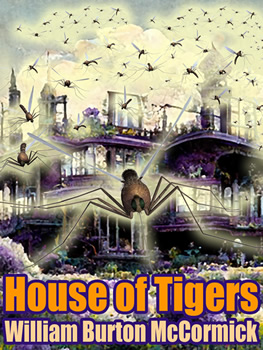 Ilya Dudnyk, a corrupt but romantic Russian police inspector, is trapped inside his oligarch employer’s Siberian mansion with an unknown killer, a duplicitous Latvian journalist chained to his arm, and an apocalyptic insect plague raging for hundreds of kilometers beyond the smoke barriers and barricaded windows. Can Ilya track down the killer before he is the next victim? Or will the endless swarms find a way inside and all are consumed by a hundred trillion ravenous, blood-sucking mosquitoes?

Setting. I learned about the endless mosquito swarms in Siberia that are only increasing because of global warming. I’d lived in Russia and wanted to set a story there. So I conceived of an almost traditional manor house mystery in the wilds of Siberia where no one could leave because of an insect outbreak.

I’d done many flavors of thrillers, but I wanted to try my own spin on the And Then There Were None structure. I loved playing my audience. Who is the killer? Who will live and who will die? It was a blast to take the gloves off and play that game with the reader. 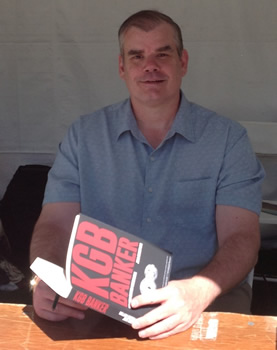 The challenge was laying all the clues. I have two competing sleuths in this story, and I have to have enough real clues and red herrings to fool not only my reader but one of my two investigators. Planning it was great fun but hard work.

I didn’t intend it to be a humorous mystery, but the banter between my investigators (who are reluctant partners) added quite a lot of comedy. I found their voices played well off each other. Sexual and dramatic tension between the two runs underneath, but on the surface both mask it with humor.

There’s a lot of real science underlying what may seem like a fantastic situation. You’ll learn a thing or two by the end of this mystery (that is, if anyone survives!).

Melville. Hammett. MacLean. Lovecraft. Steinbeck. Sophocles. Homer. Ellroy. Yeah, I’m all over the place in my influences. At heart I’m a classicist. I read a lot more stuff written a century or two ago than the current bestsellers. I guess Ian Rankin is my favorite modern writer. I like how he structures his world. But other than Rankin, I’m either reading someone from the past or someone whose stories take place in the past (like James Ellroy).

William Burton McCormick is a Shamus, Thriller, Derringer, and Claymore awards finalist, and his Santa Ezeriņa novella “Demon in the Depths” was voted second place in Ellery Queen’s Mystery Magazine’s 2021 Readers Poll. He is the author of the thrillers A Stranger from the Storm and KGB Banker and the historical novel of the Baltic Republics Lenin’s Harem. William has lived in seven countries, including the Russian Federation, the setting of House of Tigers.

To learn more about William and his work, please visit his website.