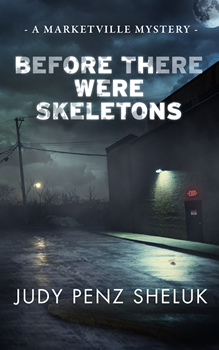 The last time anyone saw Veronica Goodman was the night of February 14, 1995, the only clue to her disappearance a silver heart-shaped pendant, found in the parking lot behind the bar where she worked. Twenty-seven years later, Veronica’s daughter, Kate, just a year old when her mother vanished, hires Past & Present Investigations to find out what happened that fateful night.

Calamity (Callie) Barnstable is drawn to the case, the similarities to her own mother’s disappearance on Valentine’s Day 1986 hauntingly familiar. A disappearance she thought she’d come to terms with. Until Veronica’s case and five high school yearbooks take her back in time…a time before there were skeletons.

The Big Thrill caught up with bestselling author Judy Penz Sheluk just in time to learn more about the fourth installment in her Marketville Mystery series, BEFORE THERE WERE SKELETONS: 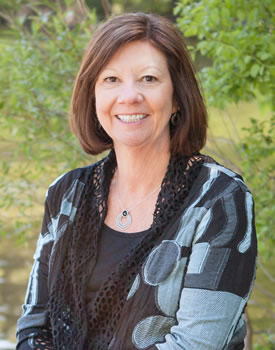 Definitely the character, my protagonist Calamity (Callie) Barnstable. This is the fourth book in the series, and the title, BEFORE THERE WERE SKELETONS (BTWS), is a nod to Book One, Skeletons in the Attic (SITA). In SITA, Callie is searching for answers about her mother’s disappearance on Valentine’s Day 30 years earlier, when Callie was six. In BTWS, Callie is hired by the daughter of a woman who disappeared on Valentine’s Day in 1995. The similarities in the cases, along with a stroll through some old high school yearbooks, has Callie facing past demons she’s long since compartmentalized.

I’m a voracious reader of many genres, though my go-to is mystery and suspense.

Because this is Book 4, and some readers might not have read Books 1 to 3, there has to be some backstory to flesh out Callie’s past and her reactions and actions. Conversely, too much backstory will bore readers who’ve read the previous books. It’s a balancing act, but it also presented an opportunity to dig into Callie’s past and present a little deeper. That was fun.

There’s a character referenced who played high school football and made it to the CFL (Canadian Football League). I knew nothing about how the CFL draft worked, but I was able to interview a CFL record keeper, a former CFL Juniors coach, and a former university football player. Without them, I would have created a world for that character which could not have existed.

There’s mention of a Meatloaf concert in Toronto in 1978. I found photos of a ticket stub for that concert online, and another of a T-shirt from that tour, and together they sparked an idea which evolved into an important part of the story.

A former journalist and magazine editor, Judy Penz Sheluk is the bestselling author of two mystery series: The Glass Dolphin Mysteries and the Marketville Mysteries. Her short crime fiction appears in several collections, including the Superior Shores Anthologies, which she also edited.

Judy is a member of Sisters in Crime, International Thriller Writers, the Short Mystery Fiction Society, and Crime Writers of Canada, where she served as chair on the Board of Directors.

To learn more about Judy and her work, please visit her website.