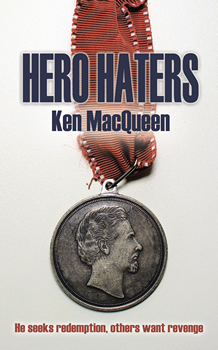 Jake Ockham had a dream job, vetting nominees for the Sedgewick Medallion-the nation’s highest civilian award for heroism. His own scarred hands are an indelible reminder of the single mother he failed to pull from a raging house fire; her face haunts him still. Obligations drag him back to his hometown to edit the family newspaper, but attempts to embrace small-town life—and the hot new doctor—are thwarted by unknown forces. The heroes Jake vetted go missing, and he becomes the prime suspect in the disappearances. Aided by resourceful friends, Jake follows a twisted trail to the Dark Web, where a shadowy group is forcing the kidnapped medalists to perform deadly acts of valor to amuse twisted subscribers to its website. To save his heroes, Jake must swallow his fears and become one himself…or die in the attempt.

You won’t find COVID in my PR material, jacket copy, or in my book. I asked countless authors: To pandemic or not to pandemic? They split about 50-50 between those who wanted to reflect reality and those who wanted to avoid dating their work and stirring up bad memories.

My publisher had the final say: No plague, thank you. And so my book is set in 2019, a year of blissful ignorance, I realize in retrospect.

I could add many, but perhaps first among equals is the late-great John D. MacDonald. As an innocent and impressionable young teen, he was my guide into the steamy Floridian world of houseboats, crime, complicated morality, and sex. Only later did I fully appreciate his environmental advocacy. 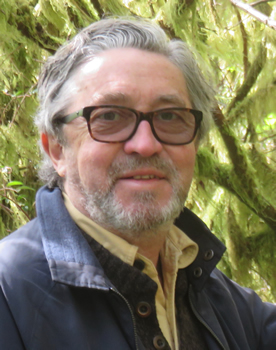 Peeking into the abyss of the Dark Web was an education I’d just as soon forget. On the positive side, the limitless patience of my wife, herself a former senior newspaper editor. She’s my first reader, second reader, third reader…and on and on. Should my hard drive have failed, with a bit of hypnosis, she could have recited it word for word.
Marketing, that was another surprise. It seems getting the book written, edited, and published is the start of a longer journey.

This is my third novel, but my first to get the attention of a publisher, hardly an unusual situation for novice novelists. I’d assumed that after decades of reporting that switching to fiction would be a walk in the park. Wrong. Making stuff up requires a lot of research and study. I’ve an entire shelf of writing advice, and I’ve attended umpteen writing conferences, including two ThrillerFests so far.

My biggest opportunity? Realizing the generosity of spirit of my fellow novelists, even when I had no right to call myself an author.

Who are you when no one is looking?

That’s the unanswerable question, the moment when heroes are made, or not, as they confront someone trapped by fire, flood, assault, or other dangers.

What would I do in those situations? I asked myself that many times during the writing of HERO HATERS. My honest answer? I hope I never have to find out.

Before turning to fiction, Ken MacQueen spent 15 years as Vancouver bureau chief for Maclean’s, Canada’s newsmagazine, winning multiple National Magazine Awards and nominations. He travelled the world writing features and breaking news for the magazine and previously for two national news agencies. He has written extensively on crime, politics, disasters—and, being Canadian, on the shifting fortunes of the late Queen Elizabeth II and her clan. All of this is potential fodder for future fiction, though the Queen as action hero always seemed unlikely. HERO HATERS, set in the Pacific Northwest and rural Pennsylvania, is his debut thriller. MacQueen covered nine Olympic Games and drew the athletic prowess of Jake Ockham, his protagonist, from tracking elite rowers in training and on podiums in Athens, Beijing and London.

He and his wife divide their time between Vancouver’s North Shore, and British Columbia’s Sunshine Coast.