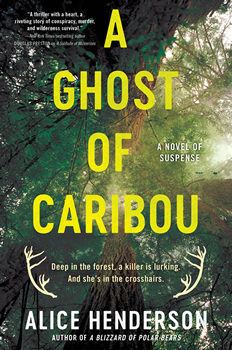 When a remote camera on a large, rugged expanse held by the Land Trust for Wildlife Conservation picks up a blurry image of what could be a mountain caribou, they contact Alex Carter to investigate. After all, mountain caribou went extinct in the contiguous US years ago, and if one has wandered down from Canada, it’s monumental.

But when Alex arrives on scene in the Selkirk mountains of northeastern Washington state, she quickly learns that her only challenge isn’t finding an elusive caribou on a massive piece of land. The nearby townspeople are agitated; loggers and activists clash over a swath of old growth forest marked for clearcutting. The murdered body of a forest ranger is found strung up in the town’s park, and Alex learns of a backcountry hiker who went missing in the same area the year before.

As she ventures into the forest in search of the endangered animal, she quickly finds herself in a fight for her life, caught between factions warring for the future of the forest and a murderer stalking the dense groves of ancient trees.

The Big Thrill recently caught up with author Alice Henderson to learn more about her eagerly anticipated and electrifying third installment A GHOST OF CARIBOU, in which wildlife biologist Alex Carter encounters an unsolved murder and a town in turmoil while in search of this majestic, all-but-vanished animal. 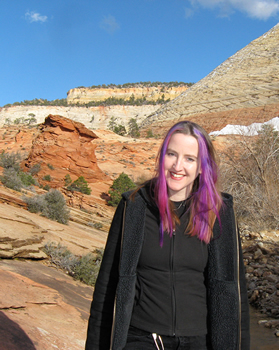 Setting came first for A GHOST OF CARIBOU. Mountain caribou have always fascinated me. They live in steep, inaccessible terrain and are able to survive over the winter on lichen, something with very little nutritional value. Since I chose mountain caribou as the species of focus for the third Alex Carter thriller, that meant setting the book near the Canadian border. I chose Washington state and the inland rainforest there as that was the last stronghold of the mountain caribou in the lower 48. Then I devised a plot around that setting—the possible sighting of a mountain caribou after that species had vanished from the lower 48 in 2019.

Thrillers that incorporate science and history are my favorite things to read. In my own work, I love to sprinkle interesting science facts into a suspenseful tale, weaving a narrative that is both gripping and informative.

Mountain caribou are exceedingly rare. They are called the “gray ghosts of the forest” because of how seldom they are seen. I strive to have accurate science in my thrillers, so I spent considerable time researching their life cycles, habits, and the environmental obstacles they face. One of the biggest challenges with a book like this is weaving these facts into a suspenseful narrative without bogging down the pacing, so I worked hard to accomplish that. And in learning all of dangers facing caribou, I also hit upon opportunities to improve habitat for them.

What are you hoping readers will take away from A GHOST OF CARIBOU?

My Alex Carter thriller series features a wildlife biologist working to preserve endangered species. Each book involves a different species and the plights they face. So far, I’ve written about wolverines, polar bears, and now mountain caribou. In addition to readers enjoying a suspenseful tale, I’d like them to fall in love with these species as I have and be inspired to learn more about them and what can be done to help them. In the back of each book, I have a section detailing where readers can learn more, and I list various volunteer opportunities they can participate in.

Alice Henderson’s love of wild places inspired her new thriller series, which begins with A Solitude of Wolverines and continues with A Blizzard of Polar Bears and A GHOST OF CARIBOU. In addition to being a writer, Henderson is a wildlife researcher, geographic information systems specialist, and bioacoustician. She documents wildlife on specialized recording equipment, checks remote cameras, creates maps, and undertakes wildlife surveys to determine what species are present on preserves, while ensuring there are no signs of poaching. She’s surveyed for the presence of grizzlies, wolves, wolverines, jaguars, endangered bats, and more.

To learn more about Alice and her work, please visit her website.