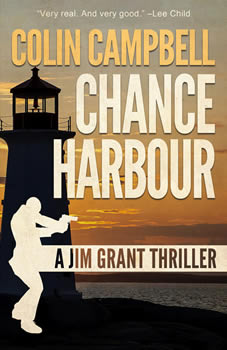 “I know cops who twisted their ankle took longer off work than you. Being dead for fifteen minutes is still dead.”

“And now I’m alive. You just said so. So what’s your point?”

Sam Kincaid looked at Jim Grant. “Here’s my point. Getting resurrected takes a damn sight longer than getting over a twisted ankle.”

The old man in Bed 7 said he’d been involved in a work accident up the road from New York Presbyterian–Queens. Ward 4E doesn’t deal with work accidents; it is the Intensive Care Unit. Dementia is robbing George Edwards of any coherent thoughts until his face finally clears, and he looks at the nurse. “Okay. I know what happened. I need you to call my son. He’s with the Boston Police at Jamaica Plain.”

Jim Grant isn’t at Jamaica Plain. He is taking Sam Kincaid’s advice and getting over being resurrected. Until he gets a call from New York to say his father is seriously ill. A mercy dash to the hospital sees Grant arrive too late. His father has been abducted. A bomb has exploded outside a diner. And the FBI wants to know how Grant’s father knows a Russian oligarch who is even older than he is. For father and son, it could be the last chance to reconcile their differences. It might also be the last chance for everything. 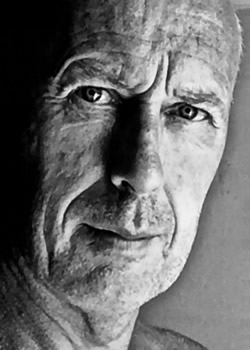 Since this is a continuation of the Jim Grant series, it obviously started with Jim Grant. The plot sprang from an incident in hospital when I was sitting at my brother’s bedside. I could hear an elderly man asking the nurse to call his wife. The nurse kept telling him that his daughter had called the hospital and would be visiting. Five minutes later, he asked the same question, saying he’d been in a works accident and felt okay. When I looked around the curtain, I saw that he was far too old to be working and realised he was suffering from dementia. I made a note of the conversation and thought, What if the old man had a moment of clarity and asked for his son? Jim Grant. After that, it was a case of where to set the story. I had stayed at a hotel in Queens for my brother’s wedding (him again) and liked the idea of bringing that story full circle. Then the plot dictated the setting as it headed to its conclusion at Chance Harbour just across the Canadian border.

I’m going to add a couple of wrinkles to my usual answer. I still like a story that moves and characters that get in too deep then dig themselves out. Those characters can either be innocent bystanders that get caught up in a crime or the professionals whose job it is to protect and serve. Either way, crime fiction lets your hero step up to the plate. Being ex-army and retired police, I do tend to gravitate toward the professionals. And they’re all better than I used to be.

The challenge was creating a father/son relationship that was adversarial, because I got on great with my dad. I can understand why Jim Grant’s father is hard on him, the mother dying in childbirth and the son therefore causing her death, but to hold a grudge against his son, that was hard. The opportunity to find a way to bring them together and make peace was very satisfying. Assuming they actually do find peace.

The evolution of Jim Grant always surprises me. In the early books, I knew he had fallen out with his father for sending him to boarding school, but I assumed his father was dead. I also didn’t know he had a brother until I wrote Shelter Cove, at which point, the brother told Grant that his father was not only alive but had been following his career from afar. The ending caught me by surprise as well. But I can’t really talk about that, can I?

As I mentioned before, I actually stayed at the hotel in Queens and wandered around Chinatown. And I used to make sandcastles on the beach in Scarborough. The one in Yorkshire not America. I probably had sand kicked in my face but didn’t have an older brother to help me out. My brother came along later. I probably kicked sand in his face. When my dad wasn’t looking. But then again, since I love my brother, I probably didn’t.

This answer will never change because my past is set in stone. As a reader, I was influenced by C S Forester, Stephen King, and Ian Fleming. Then I found Joseph Wambaugh, and my direction was set. As a retired police officer, how could I not write crime fiction? My first crime books were in support of The Boys in Blue, but then I slipped into thriller territory, and my inspirations changed. Lee Child, Michael Connelly, Reed Farrel Coleman, Nick Petrie, and Ace Atkins. Everything you read and watch influences your choices. Everywhere you go filters into your choice of location. I suppose the simple answer is I’m influenced by everything.

I keep coming back to a previous answer. It all starts with having fun. If the reader isn’t having a good time, then they’re not going to take anything away from the book. I’m not here to send a message or change the world. I just want to tell a good story, while digging deeper into the life of Jim Grant. Part of that life is his father. Even if they don’t see eye to eye.

My only contribution is to give the reader another chance to spend time with Jim Grant, a character I have a particular fondness for since he is essentially me, only better. If that puts a smile on your face, then job done.