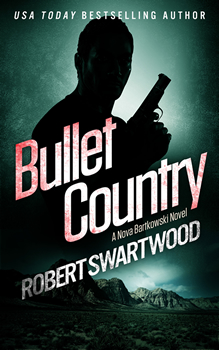 Remington, Montana. A small town in the middle of nowhere. A town, like any town, that has its secrets.

Nova Bartkowski has come to Remington to confront his father. The man who walked out on Nova and Nova’s dying mother so many years ago. But before he gets the chance, Nova stops two men in the process of attacking his father … but not before one of those men knocks Nova’s father unconscious, putting him in the hospital.

Suddenly, all eyes are on Nova. A target is on his back, and it’s not clear why. But the more Nova digs into Remington’s dark secrets, the more he begins to realize he’s stumbled onto a deadly conspiracy—one that he may not be able to survive.

The Big Thrill caught up with bestselling author Robert Swartwood to learn about Book Two in the Nova Bartkowski series BULLET COUNTRY:

As this is the second book in a series (which is a spinoff of another series), character definitely came first. In the first book, BULLET RAIN, there’s a scene where our protagonist Nova is asked about his family, and he says that when he was a teenager, his mother had gotten sick with cancer and his father had walked out on them. Before then, readers had never been privy to much of Nova’s backstory, but now suddenly we got a glimpse of something that he’d been carrying with him most of his life.

So I knew with the second book, Nova would finally track down his father to confront him, though I didn’t have an exact plot or setting in mind. I did know I was going to use the title BULLET COUNTRY, so I figured the book would deal with weapons in some form, and for a while I’d wanted to try to incorporate the 3D printing of guns into a book. Alas, this book (just like a previous book) didn’t want to go in that direction, so that plot point was abandoned. 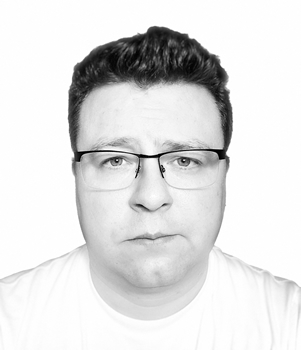 My characters always surprise me. You’d think after writing so many books, I’d get used to it, but there’s always a secondary or tertiary character who shows up in an early chapter that then plays a more significant role later on—a role that going into the book I never planned for them to play. In this instance, in the first chapter, a mechanic who witnessed a crime talks to the police. He had some spunk to him, but I didn’t see him playing much of a role after that. But then, as I kept writing, I realized this character had much more to say, and it turned out he became essential to the plot. I always love when that happens—when I’m reminded that even though I’m the author, it’s the characters who run the show.

Once I got several chapters in and realized where the book was headed and that it would deal with the gun culture in the United States, I realized I needed to be careful. While I may be a political person, I never want to bring politics into my work. That isn’t to say my characters don’t have their own political views (some of which may echo my own), but I think it’s important not to be too political or preachy. After all, readers pick up books because they want to escape (if only briefly) our messed-up world. Again, that isn’t to say that I shied away from discussing gun violence and the gun culture in the US, but I wanted to make sure to do it in a way that didn’t instantly turn off one side or another. Ultimately, my main focus was to tell a good story; readers can make up their minds if there’s some kind of message hidden in the action.

Robert Swartwood is the USA Today bestselling author of The Serial Killer’s Wife, No Shelter, Man of Wax, and several other novels. He lives with his wife in Pennsylvania.

To learn more about Robert and his work, please visit his website.