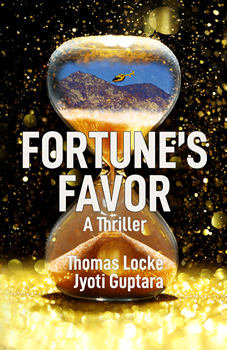 It’s what you don’t know that kills you.

Shara Desai left India to escape a dark past. Unfortunately, it has followed her to Florida in the form of a murderous brother-in-law, Vihan, who will stop at nothing to destroy her family and control a source of power they are unwilling to use.

Her one hope lies in the man she once rejected.

Disgraced analyst Crystal Dumont gets her break when an Indian billionaire hires her to scrutinize a competitor’s shady operations. The investigation shatters her logical world and leads her to unravel a mystery that has kept Asia’s elites in power for centuries. Now Vihan plans to use the same illicit power to build a criminal empire in the States.

To stop him, unlikely allies will have to escape hitmen, outwit an intelligence agency, and outrun time itself. The key to accomplishing all this is Jeremy Spade, a consummate adventurer who has every reason not to trust the system.

Brimming with action, intrigue, and romance, FORTUNE’S FAVOR is the first joint effort by internationally bestselling, inter-cultural, inter-generational author duo Thomas Locke and Jyoti Guptara. The Big Thrill caught up with them for a quick chat about their first collaboration: 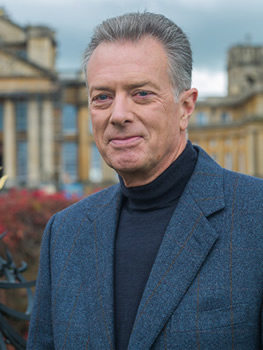 The premise. Over a third of Indian legislators have a criminal record. We were fascinated. How, in the world’s largest democracy, can such corrupt elites prosper? According to Hinduism, maybe these people are reaping the reward of good karma from previous lives well lived. But isn’t that a rather convenient explanation? What if there was a less meritocratic, a more sinister, but equally supernatural explanation? What if this resource could be controlled? And so the plot started coming together. How do you fight an enemy who apparently controls fate?

We met at a writer’s summer conference ten years ago at the University of Oxford, where Thomas is Writer in Residence. We stayed in touch and found our conversations so constructive we decided to start writing together.
One challenge was the fact that Jyoti likes to plot as much of a book as possible in advance, whereas Thomas is inspired by pushing back the boundary of the unknown scene by scene. These two methods complemented each other well. But the most challenging—and rewarding—aspect of our partnership is that we are of two different ethnicities and generations. 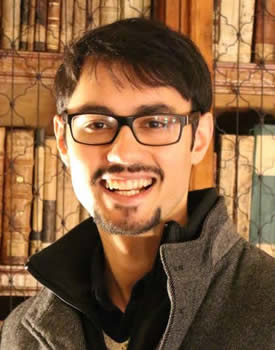 In life, doesn’t it sometimes feel like the deck is stacked against us? Recently some of the most impressive culture changers in India were asked, “What do you think is the biggest cultural barrier holding India back?” The number one answer: fatalism. Hopelessness is a feeling that has increased dramatically in the West, too. So what we hope readers will take away is hope itself. Hope that I can change myself, my environment, my future.

Thomas Locke is the pen name of Davis Bunn, whose novels have sold in excess of eight million copies in twenty-six languages. He has appeared on numerous national bestseller lists, and his titles have been Main or Featured Selections with every major US book club. His recent titles have been named Best Book of the Year by both Library Journal and Suspense Magazine and have been awarded Top Pick and starred reviews from Publishers Weekly, RT Reviews, Library Journal, and Booklist. His most recent series, Miramar Bay, has been acquired for world-wide condensation by Readers Digest. In 2019, his feature film screenplay, Island of Time, was acquired by David Lipman (Shrek, Iron Man) and Starlings Entertainment. In 2021, the Thomas Locke series entitled Emissary was acquired by Clarion Pictures UK. Currently Davis serves as Writer in Residence at Regent’s Park College, Oxford University. He speaks around the world on aspects of creative writing.

Of Indian and British heritage, Jyoti Guptara is a bestselling author of fiction and nonfiction. He lives with a view of the Alps in Switzerland, where he was counted among the “100 Most Important Swiss” by Schweizer Illustrierte magazine. By day, Jyoti helps purpose-driven leaders scale their influence by harnessing the power of stories. The County of Los Angeles awarded him a Scroll of Honor for Special Services in philanthropy, literary achievement, and inspiring other young people. He served as Novelist in Residence at the Geneva Centre for Security Policy, a UN partner organization, and lectures globally on real-world applications of story and creativity.