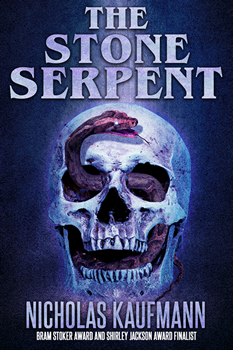 Medical Examiner Dr. Laura Powell didn’t think anything could be more frightening than what she uncovered in an autopsy a year ago. Yet, in this chilling sequel to Nicholas Kaufmann’s bestselling The Hungry Earth, the cause of death is literally petrifying.

When a completely petrified corpse ends up on her autopsy table, Laura is convinced it must be a fossil, but the evidence says otherwise. Impossibly, the man on her table died in a car crash earlier that day. But what could cause a human body to transform so quickly from flesh to a hard stonelike substance?

Laura’s investigation takes her out of her hometown of Sakima, New York, and into dangerous new territory. From the streets of Valley Grove, home to a fundamentalist religious sect under the thumb of a brutal, vindictive leader, to the bowels of Thurmond Biotech, a secretive pharmaceutical company hellbent on developing the first anti-aging miracle drug, what she unearths is far more terrifying than she could have imagined.

Vicious, deadly creatures are preying on the people of Valley Grove, killing them with a highly toxic venom that ravages and transforms their bodies in horrifying ways. As the creatures claim more victims, striking from out of the darkness with lightning-fast speed, Laura must find a way to stop them before they spread to the rest of the Hudson Valley. But will her search for answers put her in even more danger by sending her into the heart of the creatures’ den?

The Big Thrill caught up to multiple award-nominated author Nicholas Kaufmann to learn more about his latest gripping thriller in the Dr. Laura Powell series, THE STONE SERPENT: 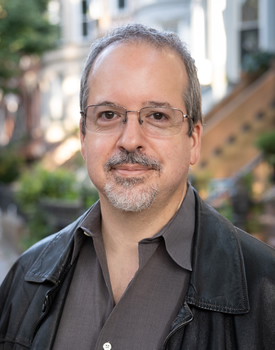 The basic premise took shape first. I knew the scientific aspect that I wanted to write about, but I wasn’t sure what my way into the story would be. The Hungry Earth was never intended to be the first in a series, but I realized my best entry into THE STONE SERPENT was to bring back Dr. Laura Powell and put her through another grueling science thriller.

Honestly, I love all things weird-but-true in science. For this novel, I got to research everything from the lives of snakes to the calcification of human bodies to how pharmaceutical drugs are turned into easy-to-swallow caplets. The research phase is definitely one of the most fun parts for me in writing science thrillers, as is finding ways to bring what I’ve learned into the story in what I hope is an engaging way for the reader.

During my research, I discovered that back in the 19th century, Italian scientists found ways to chemically petrify freshly dead bodies in order to preserve them for study. Different scientists used different chemical formulae, with varying results. You can find pictures online of these petrified bodies, but only if you can stomach that kind of thing!

Nicholas Kaufmann is the author of eight novels, including the bestsellers 100 Fathoms Below (written with Steven L. Kent) and THE HUNGRY EARTH. His short fiction has appeared in Cemetery Dance, Black Static, Nightmare Magazine, Interzone, and others. His fiction has been nominated for a Bram Stoker Award, a Thriller Award, a Shirley Jackson Award, and a Dragon Award. In addition to his own original work, he has written for such properties as Zombies vs. Robots, The Rocketeer, and Warhammer. He lives in Brooklyn, NY with his wife and two ridiculous cats.