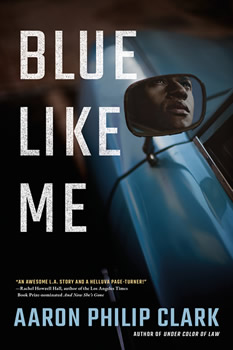 A brutal homicide sets an ex-cop and his former partner on the hunt for an enigmatic killer in a gripping thriller by the author of Under Color of Law.

Munoz needs Finn to help find Riley’s killer, but doing so could blow his cover. She’s an officer shaded by rumors. Maybe she’s still a good cop—but maybe she’s not. Finn’s reluctance ends when his dear “uncle,” an ex-LAPD detective, is murdered, and it might be connected to Riley’s death.

To prevent more bloodshed and avoid becoming the next targets on the killer’s list, Finn and Munoz will have to bury their complicated past, trust each other, and come face to face with painful secrets that could destroy them both.

ITW Thriller Award-nominated novelist and screenwriter Aaron Philip Clark spent some time with The Big Thrill discussing his latest thriller, Book Two in the Trevor Finnegan series, BLUE LIKE ME: 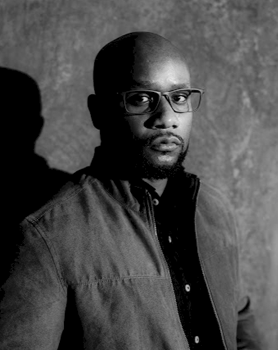 Trevor Finnegan’s character and motivations drove this story. It’s the follow-up to the series debut, Under Color of Law, and takes place three years after the first book’s events. Trevor is a private eye trying to make amends for his actions as a police officer. He’s taken on a new calling—investigating potentially corrupt cops with tips from the public.

Crime fiction is very much an exercise to understand human motivations better. Specifically, the intersection of crime, politics, race, and the relationship between victim and perpetrator.

Writing a sequel can be tough. There’s pressure to up the stakes and to expand upon the world established in the first book. However, it’s also an opportunity to explore character further. Since the readers are acclimated to the cast and world, I could dive deeper into the characters’ relationships and reveal sides of Trevor that weren’t explored in the first book.

The book emerged somewhat darker than I anticipated. Originally, I foresaw a more hopeful ending, but things took a more noir-ish turn as I reached the finishline, and I knew Trevor would find himself back swimming in the murk.

While both novels span Los Angeles County, this story is set mostly on the westside, particularly beach communities. On the surface, Venice Beach and Santa Monica seem benign, but the sun-drenched atmosphere is a thin veil that hides insidious crimes and violence.

These authors all found ways to capture Southern California in magical and engrossing ways while crafting entertaining narratives that were poignant and heartbreaking.

Aaron Philip Clark is an ITW Thriller Award-nominated novelist and screenwriter from Los Angeles, CA. His work has been praised by James Sallis, Gar Anthony Haywood, Gary Phillips, Rachel Howzell Hall, Tod Goldberg, Eric Beetner, and Roger Smith. In addition to his writing career, he has worked in the film industry, law enforcement, and education.

To learn more about Aaron Philip Clark and his work, please visit his website.