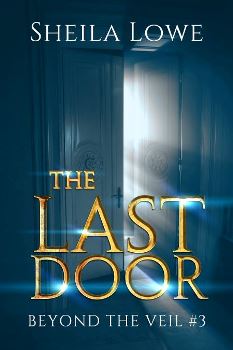 When identical twins inherit a Victorian mansion from a stranger, the bequest changes everything they knew about their past.

The house at Herron Pond is no stranger to tragedy. Accidental death. A devastating fire. Suicide. Are the reports of supernatural activity the persistent gossip of visitors and staff? Or are the chilling tales true?

Jessica Mack is not afraid of ghosts. She has been communicating with the spirit world since last year, when she was forced to surrender to her psychic gifts. Since then, she has used those gifts to help the FBI and to answer voices from the other side asking for favors. Most of the requests are poignant — “tell my wife I’m sorry for the way I behaved.” “Let my son know I love him.”

But a dark presence lurks at the Victorian mansion, demanding more from her. Much more. Who was Vadim Evanov and why did he leave his entire estate to the twin sisters? Why was she warned not to enter the last door on the second-floor landing? Why does Beethoven’s wistful composition, “Für Elise,” keep haunting her? Jessica’s visit to the Big Sur estate is a search for answers. She must uncover the truth before another catastrophe strikes Herron Pond—one that could end her life.

It’s hard to separate them when the main character is returning from two previous books. I always start with the title and build a story around it. In this case, it was something someone said at a party. The hostess was telling people, “You can go anywhere you like in the house, but don’t go in the last door.” I knew right away that I had to use THE LAST DOOR as a title. And I wanted to write the next book in my paranormal series, so that’s where it began. 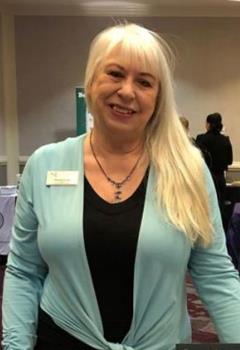 The murder of my daughter in 2000 led me to investigate the supernatural/paranormal to find out what happens when we “die.” What I learned was there is no death, but there is life after earth. I found it too difficult to write about what happened to her, but I wanted to share what I’ve learned. Many years later, as an established mystery author, I decided I could do it through fiction. While plotting the second book in the series, I was told that my daughter would help me with it. And she did. (No, I’m not crazy.)

Plotting is always the hardest for me. Once I know what I’m going to write about, I can write it. The thing is, I like having written better than writing the first draft. In other words, I enjoy editing and enlarging and layering better than I do executing the plotting.

I know this isn’t what you mean about opportunities, but I took a road trip to Big Sur, where I decided to set the story. I hadn’t been there in more than 50 years, and I returned to Nepenthe, where I’d bought a pair of earrings when I was 18.

Was there anything new you discovered or surprised that you as you wrote this book?

It was pointed out to me by an interviewer that several of my books have an underlying mother/daughter theme. No less so in this one. I dedicated it to mothers and daughters lost and found.

If I did that, it would be a spoiler, wouldn’t it?!

The two sisters are back from What She Saw, where one of them woke up on a train with amnesia. While one of them is the main protagonist, this is the next step in their story and affects both of them.

John Sandford is my favorite author because his characters are so very real. Plus, Lucas Davenport is a superman, and I’m a big fan of superheroes.
Tami Hoag has the best descriptions. Robert Crais—just love his style.
For this series, Dean Koontz. He once handwrote me a beautiful letter in response to my telling him how his book Odd Thomas affected me regarding my daughter’s death. As a handwriting analyst, that was extra-precious to me. It took me a long time to give his work a chance, but now I see why he has sold so many books.

Award-winning author Sheila Lowe is a real-life certified forensic handwriting examiner whose character Claudia Rose mirrors her career. She writes stories of psychological suspense that put ordinary people into extraordinary circumstances and test them to their limits. Sheila also writes the Beyond the Veil paranormal suspense series. She serves on the board of directors of Sisters in Crime Los Angeles Chapter and is an active member of Mystery Writers of America and International Thriller Writers.