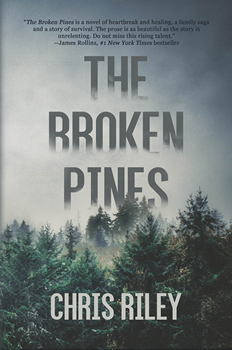 After Kenny’s wife dies suddenly, he is forced to deal with the tough challenge of raising his children alone. Adding to his struggles of being “Mr. Mom,” Kenny’s nine-year-old son now suffers from traumatic mutism, as brought on by the loss of his mother. It is a problem Kenny has no idea how to fix. But just when he thinks he might have the answer, he and his son cross the unlikely path of a violent drug addict.

All Vance wants to do is grow and smoke marijuana. In order for him to turn this lifestyle into his way of life, he decides to take up a partnership with a Prospect from a motorcycle club. It is a decision Vance soon regrets. And to break away from this unfortunate business arrangement, the only solution he can think of is the one thing he could never see himself doing.

Rob Boyle has a plan. He’s going to strike it rich from selling dope and then buy his way into his motorcycle club. He’s tired of being a Prospect and knows that with a few hundred thousand dollars in his pocket, not only will he get himself “patched in,” but he will also have enough for a brand-new motorcycle. And if anyone should stand in his way, he has a plan for that as well. Murder.

The Big Thrill caught up with author Chris Riley to learn more about his latest thriller, THE BROKEN PINES:

An interesting thing I discovered in my writing is that I tend to gravitate toward rooting for the “villain.” I did this with my first novel, The Sinking of the Angie Piper, which, in fact, actually helped to shape the protagonist’s overall character arc. And for THE BROKEN PINES, I found myself rooting for not just one antagonist, but for the cadre of outlaw bikers, as well. It would seem the theme of forgiveness has a strong grip on me. 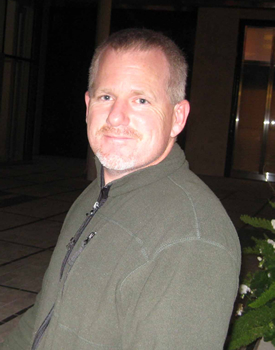 There’s a strong sense of familiarity that speaks to me every time I read and/or write within a more “realistic” genre, such as this. I guess the notion of possible circumstances hit home for me.

Forgive me if this sounds cliché, but my biggest challenge in writing this story also turned out to be my biggest opportunity. And that was getting into the head of a young boy suffering from traumatic mutism. I’ll be honest. I don’t think I got there until the last chapter.

No spoilers, but there’s a lot of character desperation throughout the pages. In fact, just about every character in the book is struggling with something. It’s pretty intense, now that I think about it.

Without a doubt, John Steinbeck has been my biggest influence. I love his style, his characters, his narrative voices, and, of course, his penchant for poignancy. But Hemingway’s The Old Man and the Sea is still my favorite novel. There are so many other influencers, but some of the biggest are Tim O’Brien, Cormac McCarthy, J. R. R. Tolkien, Louis L’Amour, Stephen Hunter, and James Rollins.

Chris Riley lives near Sacramento, California, vowing one day to move back to the Pacific Northwest. Until then, he continues to enjoy life as a husband, father, special education teacher, and writer. In addition to The Broken Pines, he is the author of the suspense novel The Sinking of the Angie Piper, as well as over 100 published short stories and essays.

To learn more about Chris and his work, please visit his website.