Starting from a Broken Place 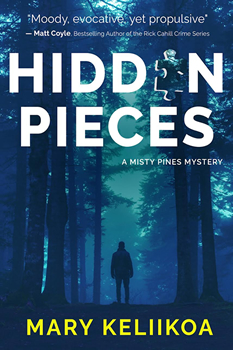 Mary Keliikoa knows a thing or two about creating compelling characters. The first book in her Kelly Pruett mystery series netted her Lefty, Agatha, and Anthony award nominations, not to mention well-deserved praise for her tenacious private investigator lead.

With readers clamoring for more Kelly Pruett, it would have been easy for Keliikoa to continue down that PI path—certainly there are enough cases Kelly could sink her teeth into. But Keliikoa isn’t the type to rest on her laurels, and challenging herself is one of the ways she likes to keep her skills honed and her creativity firing on all levels.

Enter her latest release HIDDEN PIECES, and the somewhat reluctant hero at its core, Sheriff Jax Turner. When we enter the novel, Jax is literally staring down the barrel of his broken past. After the tragic passing of his daughter, his marriage has fallen apart. To his mind, there’s not much left to live for. But before he can pull the trigger, he’s called to a case. A case that links to one from his past that still haunts him—the abduction, and eventual murder, of a young girl.

Maybe it’s that he couldn’t save that girl or his daughter from death, but Jax is compelled to see this case through, even if it’s just to nail one more sociopath.

The result is a story that grips you from the first page, a hero worth rooting for—and a considerable leap in Keliikoa’s already impressive storytelling prowess. In this interview with The Big Thrill, she talks more about getting to the dark place that allowed her to tell this story, the inspiration behind it, and why she chose to set this novel in a fictional place based on her hometown.

When we start the book, Jax is a broken man. There’s not much room for him to go but up. I’d love to hear more about how you developed him as a character and how you tapped into that brokenness. 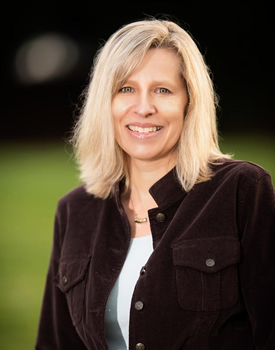 I think we all have that brokenness on some level. It’s easy to say that we don’t live by regrets, and I certainly don’t, but I see where I could if I lent myself to that direction. I just tapped into that human emotional vibration that tries to convince us that if we’d just done this or that, things would have turned out differently. I thought about all the things I’ve lived in my own life, and how I’ve seen other people live and respond to things, and I just wrote my character from that really dark place. I didn’t stay there. I didn’t want him to stay there. But I think he has enough going on in his life that he was certainly going to find that dark place.

Speaking of dark places, HIDDEN PIECES feels a bit darker than your usual work. How did this story come to be?

I wrote it when I was two books into my Kelly Pruett PI series and I wanted to do something a little bit different. I started with a male character, which I hadn’t done before, so that was the first step. I really wanted to do a story of redemption.

I remembered a case that had happened in my small town in the late ’70s. Two girls were walking down a rural street, and one of them was abducted, and the other one got away. I started thinking about the case, and I thought, gosh there’s a lot of survival story to that.

I started thinking about how that would be an interesting case to explore as a cold case, but then I needed a current case that would mirror some of that. And so the idea of the 14-year-old girl going missing in current time and having the same investigator 25 years later being involved in both cases came to me, and it just kind of evolved from there.

Elena’s perspective as the survivor came in as well. And it just kind of snowballed after that. 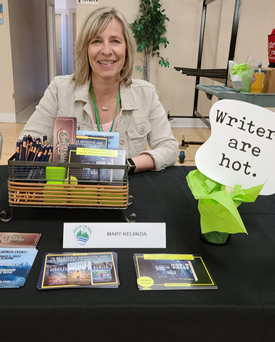 Having an authority figure—an investigator, police officer, etc.—is inherent in your work. But it seemed you had to go even deeper into the police role for this book. How did you get more into Jax’s world as a sheriff?

I’m lucky enough to have a couple of great cops in my world. My husband’s uncle was a former homicide detective in Oregon, and then I met a really great detective through Sisters in Crime, and we became fast friends. He’s my go-to when I need advice on something. As far as the character and stepping into that authoritarian role—he’s like most of the men in my life. My dad was a little bit authoritarian—he was a former WW2 vet. My brother-in-law was a Vietnam vet, and my mother’s husband after my dad passed away was a Korean vet. So I’ve known a lot of strong military men in my life, and I kind of pulled a lot from that. Even my own husband, who has a lot of tenacity….so it’s really a compilation of people.

HIDDEN PIECES is based around a missing teen. You weave in a number of possible suspects, which of course is part of the job of a good mystery. In this case, did you know all along who the culprit was, or was figuring that out more of an organic process for you?

It was definitely an organic process. I am a pantser at heart. I do plot a couple of chapters ahead, but the ending on this book is different than what I originally wrote. The inspiration for the twist actually came from my best thinking place—the shower. So it’s a very organic process. I really do write by the seat of my pants; I think best with my fingers moving.

Jax is looking into a case from 20 years back. What’s your process for weaving in that early case, which of course has such an impact on him?

Usually, it just comes in through the process of it and as I’m developing the characters. I don’t really know how I know when to weave things in though. I can’t tell you there’s a magic sauce to this—it all just gets woven in.

HIDDEN PIECES is set in Misty Pines. Is this a real place?

It’s a compilation of several places. It is on the Oregon coast, and it’s on the northern tip, but it’s several places tied together. I grew up in Hammond, Oregon and my dad fished out of the basin out there. I took sections from there and made it Misty Pines. Many of the things I reference in the book are real to that area, but Misty Pines is fictional. 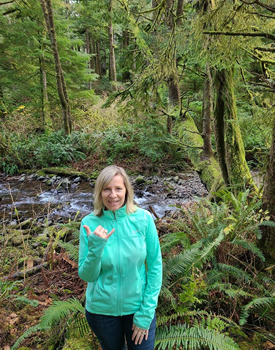 Keliikoa at the Oregon Coast, doing research for HIDDEN PIECES—the forest was the inspiration for many of the scenes and Misty Pines.

What drew you to the small-town setting? Why not set this in the big city?

I lived on the Oregon coast, and I wanted to write a book in which the setting was a character in and of itself. The Oregon coast is very atmospheric—the dropping moss trees, the mist that rises all the time. It just kind of has its own vibe.

And I always felt safe there. As soon as you were done with breakfast, you didn’t come home until dinner, except maybe to grab a cookie from the cookie jar or something. That was my life there. My brother and I would run down to the basin to watch the boats come in. It was a very idyllic childhood. No crime actually happened there that I could ever remember. People got lost at sea, and that was the biggest tragedy. That’s kind of Misty Pines. It’s kind of idyllic in some ways, and yet it’s not. There are parts to it that you don’t see every day. Like the human trafficking. Like the drugs. Like an abduction. I liked the idea of taking that safe setting…and crumbling it.

I think that’s the reason that case from my town still resonates with me, because for me, that was a safe place. Up until it wasn’t.

HIDDEN PIECES is written as a page turner, but you tap into some deep themes. Depression. Mental health. Abduction. What would you like readers to take away from this story?

That even the darkest moments have redemption. We can let go. Jax really holds on to a past that he wasn’t responsible for, ultimately, and he has to learn that it’s okay to let go of the past.

That’s partially why I start him in such a dark place. There is only way up—but he needs to get out of his own way first.

And Elena too. It’s as much of a redemption story for her, just in a different way. She needs to let go of her grief and her guilt. 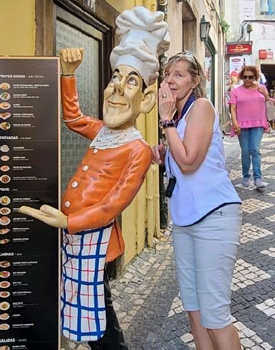 Keliikoa having fun in Spain

Abby—Jax’s ex-wife—has a vital role to play in this book as well. HIDDEN PIECES is the first in a new series. What are you plans for Book 2 and how will Abby play into that?

Abby processes grief much differently than Jax. She’s the toughness in this book to Jax’s softness. As he becomes healed through this process, it settles in about how much he has lost. But he sees some hope by the end of the book.

I can tell you that Abby is back in Book 2, and they’re going to have more reasons to intertwine. We’re going to get a lot more of Abby’s history, and maybe understand why they made such a good team.

But no relationship is ever easy, and this won’t be an easy path for either of them.

What else do you have on the go?

I’m out on submission with a domestic suspense, and I’m working on a couple of things, including another missing girl story, this time taking place on a river cruise in France. And I’m playing around with a new thriller idea.

You’ve always got so many great stories on the go. As you know, many readers of The Big Thrill are also aspiring writers. What tips can you offer for being so prolific?

What I do every day is show up at the computer, even if it’s sometimes to play Wordle. I make sure my body is in the same place, every day, and I pull up something I’m working on. By the end of my writing process, I’ve usually tapped out a few pages of something new.

Don’t be hard on yourself. I learned that the hard way. It’s okay to only type a page.