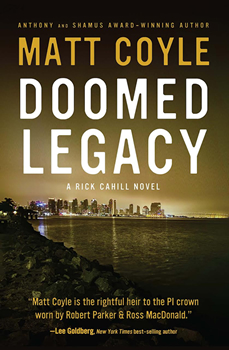 Author Matt Coyle gives private investigator Rick Cahill another run around the block in his newest book, DOOMED LEGACY. This time around, Cahill is far from okay. His past is relentless—and so is his chronic traumatic encephalopathy (CTE), a disease caused by repeated head traumas that has attacked his body and his mind. As his CTE progresses, he realizes that the disease not only threatens his life, but also endangers his family’s well-being.

He still sees himself as the provider of the family, and thus he keeps working in his PI business to keep his customers. One such customer is Sara Bhandari, who comes with a request to investigate something within her company. But before Rick can do much, Sara is murdered, and the police believe her to be yet another victim of a serial rapist who has been terrorizing greater San Diego. Rick has reason to question their theory, though. Determined to find the truth at any cost, and against his wife’s warnings, he investigates on his own.

“I wanted to make the consequences of the case Rick takes to be greater than ones he’s had before,” Coyle says. “So I took an investigation that started very small, almost as an irritation to him, and blew it up into something involving international actors.”

Coyle considers the book to be about a man who finally has the life and family he always wanted and thought he’d never have but risks losing them when he can’t control an inner rage brought on by a debilitating disease and his manic need to seek his own vision of justice. 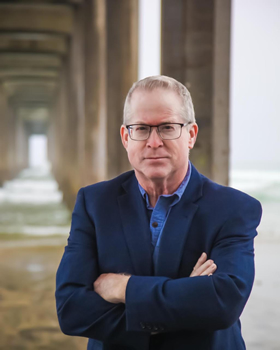 “The subplot of Rick Cahill’s health and battle with CTE goes back to a rule I had when I first started writing Rick 20 years ago,” Coyle says. “Every emotional and physical trauma he endured along the way had to have consequences. He’s sustained multiple head injuries over the last 10 years and, to be true to my rule, I didn’t see any way that he couldn’t have CTE. I spoke to a friend who had been in a relationship with someone who is thought to have CTE. At this point in medical science, a definitive diagnosis cannot be given until the person has died and his brain is examined. So in DOOMED LEGACY and its predecessor, Rick has had to deal with the very real symptoms of the disease.”

Several blurbs and early reviews mention how dark this story is, but then again, all of Coyle’s books tend to be on the darker side.

“In some ways, it’s the darkest book I’ve written and challenges Rick Cahill’s humanity more than ever before,” he says. “Not in terms of blood and guts, but in relation to the inner turmoil Rick goes through. He battles his inner demons a lot, and I think that tends to set a dark mood. Specifically, in DOOMED LEGACY, I wanted those inner demons to have a physical manifestation, which comes out in his bouts of uncontrollable rage. It could also have something to do with the title, too, which doesn’t exactly conjure images of sunshine and rainbows. Having said all the above, there are always moments of lightness and humor to break up the darkness in all my books.” 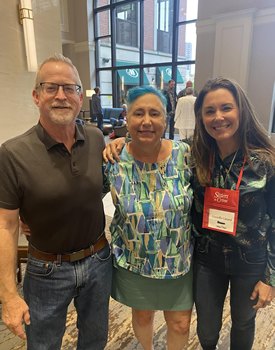 Fulcrum Security, the company where Sara Bhandari works, is a military contractor that builds radar systems. That means the author had to dive deep into the subject.

“I learned some things about radar, sonar, and lidar,” he says. “The last of which I’d never heard of before I started researching defense contractors and sonar. I also didn’t know there was a specific governmental body, the Defense Counterintelligence and Security Agency, that ran background checks on potential employees for defense contractors.”

Coyle agrees that the biggest challenge of this book is the biggest challenge of his career: giving his protagonist a potentially fatal disease that causes erratic behavior, reduces his cognitive abilities, and shortens his life. To be true to the events that have happened to Rick Cahill over the course of the series, Coyle felt it was the only way to go. Luckily, the story moves forward in the next book.

“Rick’s life has changed significantly since the end of DOOMED LEGACY, and he’s trying to put it back together when someone from his past asks for help—the kind of person you can’t turn down,” Coyle says. “In the still-untitled book, Rick ventures away from his beloved San Diego trying to locate a missing person and is forced to deal with the consequences of a violent act from his past.”