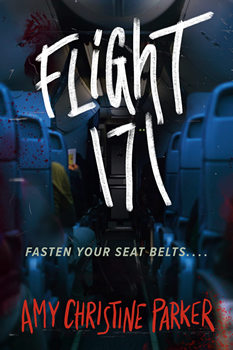 Devon Marsh is haunted by secrets. Like the identity of the person who killed her twin sister, Emily, in a hit and run accident last Halloween, which Devon has vowed to uncover. Like the things Devon said to Emily just before she died.

But she’s determined to start fresh when she boards a four-hour flight along with her classmates for their senior class ski trip. Devon never could have guessed those secrets would surface in the most terrifying way when a supernatural creature hijacks their flight and gives the students a deadly ultimatum:

Choose one among them to sacrifice before the end of the flight. Or the plane will crash.

As the clock ticks down, the creature slowly unearths the passengers’ deepest, darkest secrets—and reveals that one of the teens on the plane is responsible for Emily’s death. The students must agree on a sacrifice, or there won’t be any survivors. But can Devon find a way to stop the creature, or will she give in to her anger and let revenge take control?

The most surprising thing for me centered around the research. I hadn’t realized that on planes flying longer flights there are secret crew bunks where the crew can rest. It was also very interesting to learn about the safety procedures the flight crew use and how on nearly every flight there is always at least one passenger with medical experience—not because it was orchestrated that way, just because statistically speaking, it’s more unusual for there not to be someone with medical training. 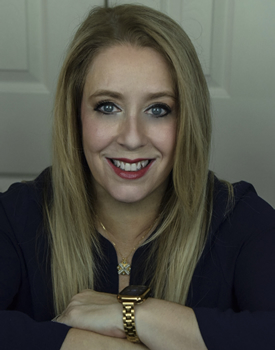 I have always been drawn to thrillers, especially ones with elements of horror. My favorite authors consistently combine these genres in interesting ways and nearly every story in this genre explores moral and ethical questions through the lens of fear which I find fascinating. As a writer, I am forever exploring the moral boundaries people set for themselves, how far they will go to survive.

The biggest challenge was the limited setting. No matter how large a plane is, it’s still a very limited space to tell a story in if every single scene takes place there and there is no access to the storage areas below the main cabin. Crowding my characters together with the monster of this book for the duration meant coming up with creative ways to allow the monster to withdraw and hide so that it remained somewhat mysterious, and the tension could remain high.

The plot came first. I had this intriguing premise: What if the teen passengers on a plane were confronted by an ancient supernatural creature who needed a new body to possess in order to live? And they had to choose one of their friends to offer the creature in order to survive the flight? This presented lots of challenges because a plane is essentially a locked room with limited setting potential—there is the cockpit, galley areas, the main cabin, and a sleeping area for crew (in some larger planes). Plot had to come first because I needed to make sure I could tell the story properly and in an interesting way with so few places for my characters and the creature to be. I needed to make sure I could keep it scary and tense for 300 pages.

The flight number I used is for an actual working flight from Philadelphia to Denver—just like in the book. That is also the flight number for a plane that actually went down a few decades back.

Stephen King has been the single greatest influence on my career as a writer. I have loved his work ever since I discovered his short story collections in my middle school library. In fact, his original screenplay, Storm of the Century, was one of the inspirations for this novel. I have always loved his ability to ask big questions in his work and make the people inside his worlds feel so completely authentic and real despite the supernatural aspects of his stories.

Amy Christine Parker is the author of the critically acclaimed young adult novels Gated, Astray, Smash & Grab, and FLIGHT 171. When she’s not holed up in her office writing, Amy can be found at the local theater watching horror movies or traveling the world with her husband and two daughters in search of new adventures and story inspiration.

To learn more about Amy and her work, please visit her website.