A Thrilling Opener to a Don’t-Miss Forensic Science Series 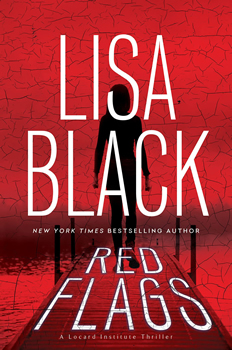 A baby disappears from his wealthy parents’ home, and when DC crime scene analyst Dr. Ellie Carr is sent to investigate, she is shocked to discover little Mason’s mother is her cousin, Rebecca. Close as children, the two had drifted apart as adults. Ellie didn’t know Becca had become a Senate aide, married a wealthy lobbyist, Hunter, and lived in a multimillion-dollar mansion. Becca and Hunter hire the prestigious Locard Institute to investigate and insist Ellie team up with its assistant dean, Dr. Rachael Davies.

Competitive at first, Ellie and Rachael soon become allies as their search leads them deep into a high-stakes lobbying effort to loosen regulations on a billion-dollar gaming empire. Unless they can uncover evidence before a key Senate hearing, little Mason and three other kidnapped children could face an unthinkable fate.

Black says the idea for RED FLAGS came to her after reading The Nanny Diaries. “I originally wanted Ellie’s cousin Becca to be the nanny, but somehow she morphed into the slick, political, incredibly wealthy mother.” 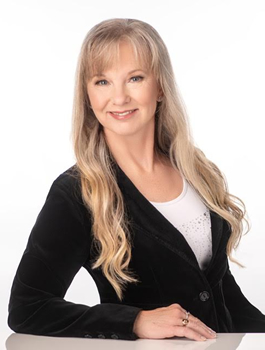 When Ellie visits the mansion, she sees nothing but red flags. “The child disappeared from his crib, in the middle of the day, with two parents and a sibling in the house, with no villain appearing on the surveillance video, no ransom note. All of which is extremely unlikely. It’s more likely that the parents know exactly what happened to the child and came up with this wild kidnapping story in a panicked moment before they called the cops. But of course, Ellie changes her mind when she realizes the mother is her cousin, Rebecca. Family wouldn’t lie to her—right?”

RED FLAGS is a family story, the story of a high-stakes business, and a political story, as well as a forensic science story. The theme of online gaming demanded a complex plot and was one of the most challenging aspects to write, Black admits. “I had to pick and choose only the issues I could use, boil them down, and then acknowledge that that all could change.

“Online gaming, particularly for children, is a sprawling, amorphous topic, with issues of safety (predators, pedophiles, bullies), privacy (asking for information to weed out the predators), and financial security (manipulating their way into parents’ credit cards), and one that is changing by the week, with new legislation often coming up in Congress,” Black says.

Ellie and Rachael, the two investigators, are opposite in many ways. “Ellie’s really at loose ends in her life and copes by focusing on work and only on work, while Rachael is more secure and grounded than Ellie, but with her own vulnerabilities.” 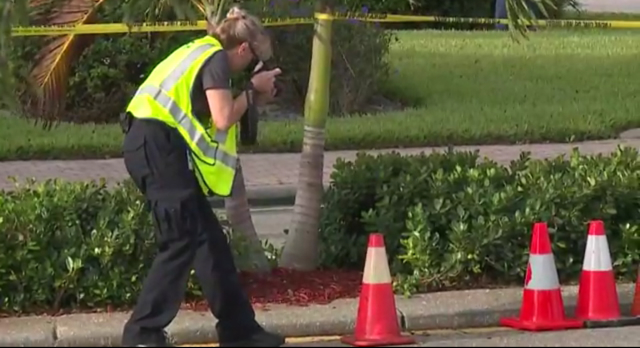 Black on the job, at the scene of a fatal traffic accident

The fictional Locard Institute, named for a famous criminologist, “conducts research in forensics and trains forensic personnel, which is common. I’ve been to many continuing education courses from such facilities,” Black says. “Only a part of the Locard Institute serves private clients, mostly to bring in funds to pay for its research.”

Black has always loved DC and wanted to use it for this series. “I went there in high school and fell in love with the city. That was why my first degree was in political science—unfortunately, what I loved was the architecture, the marble, the monuments. With no aptitude for poly sci, I became a secretary after college and started writing before I went back to study forensics. I did go for a visit in 2019, and, of course—there’s Google.”

One of the most fun aspects of this story was writing from the points of view of the kidnapped children. “I don’t have children, so I was surprised at how freely I could write those parts,” she says. “Children have no filter—their thoughts just flow, so I could go back in time to how simply they summed things up, and how clearly.” 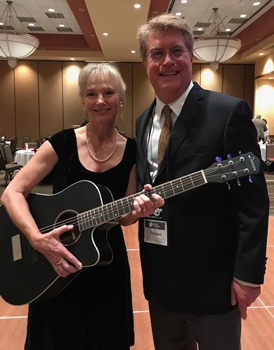 Killer Nashville founder Clay Stafford presented Black with a guitar when she was one of the conference’s Guests of Honor in 2021.

Black carefully plots her books. “I’ll take months to just think about things. Then I’ll usually jot down the outline of an outline—I always promise I’m going to make a very detailed, precise outline, but I haven’t achieved that yet. Once I start, I have a word-count goal for the day, which has varied over the years. I like to do 1,000 words a day on the days I work (at my day job), and 2,000 words on the days I don’t. That works out to 10,000 a week.”

She is driven and says she can write anywhere—probably the result of writing while working as a secretary early in her career. “I can write in the car, on the lanai,” she says. “I have written while sitting on an overturned bucket in a supply closet waiting for the manager to show up with the password to the surveillance video system so I could download it (part of my job duties). An iPad with an attached keyboard is the best thing ever.”

Black has been writing since elementary school. “I wrote six full-length novels before going back to school to study forensics. I didn’t write while I worked at the coroner’s office—I didn’t have time—but when I moved to Florida, I had no job, no friends, no family, so I began writing again. And once I had the forensics background, it just made sense to approach the mystery story from that angle.”

What kind of preparation did she do to write fiction? “Um, none. I never studied creative writing. I didn’t really do any research about writing… which is probably why I wrote eight novels before one was accepted for publication,” she says. 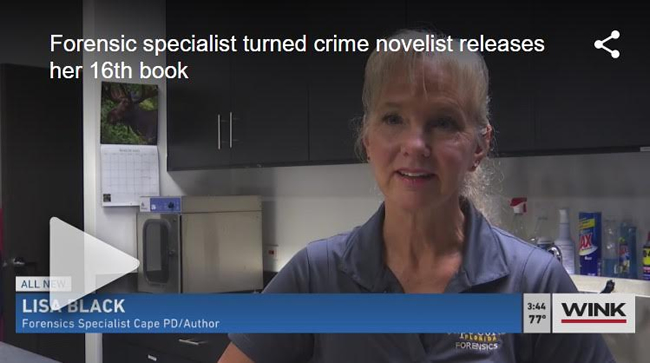 Black appears on WINK-TV in a recent story about her work.

Not only did she learn the craft of fiction by writing fiction, she found her agent by writing query letters. “Hundreds of query letters. And the fact that the TV show CSI had been a national hit—I’m sure that affected my chances! I had no particular ‘in’ with my first agent. I was just another query letter that showed up on her desk.”

Now, with 16 novels to her credit, she advises aspiring writers, “Read the authors who write the best of what you like to read and want to write. Then write what you write. I have read a number of books on writing, on how to write. I love them, but I’m not sure I remember one of word of them when I sit down to write.”

What’s next for her? “The second Locard Institute book is already with the publisher. It’s called What Harms You and will be out August 2023. I know what the third one will be, but I’m a bit burnt out, so I’m trying to set up a more reasonable schedule for myself. My mother always said, ‘Don’t try to do too much,’ and my sisters and I agree that we were well into our forties before we understood what she meant. So I’m trying not to overextend, but it’s hard. Everything I think of, I want to do. Learn the violin? Community theater? Climb Machu Picchu? Yes!”