Navigating the Pandemic in a Fictional World 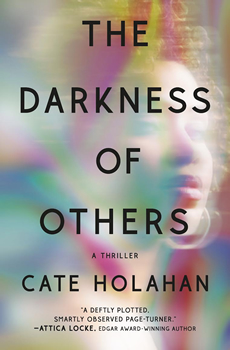 In Cate Holahan’s new novel, THE DARKNESS OF OTHERS, Imani Banks is a wife, mother, and psychiatrist struggling to hold her world together in the midst of the COVID-19 pandemic. So far, she’s managing, but when her Brooklyn Heights neighbor Nate Walker’s body is discovered by their maid Oksana, and his wife—also Imani’s best friend—Melissa, can’t be found, the fabric keeping her world from spiraling apart starts to fray.

Nate, Melissa, Imani, and her celebrity-chef husband, Phillip, inhabit a world of Hollywood glamour and financial privilege that has begun to erode thanks to the economic crises brought on by the pandemic. Tensions are high as their money has dwindled. But just how badly had Nate and Melissa’s fortunes fallen? Enough for a wife to murder her husband? Or was the murderer the seemingly nice Tonya, a server at Phillip’s restaurant who has a mysterious connection with Nate, and who Phillip invites to move into Imani’s house when an unscrupulous landlord kicks her and her daughter into the streets?

THE DARKNESS OF OTHERS is packed with the kind of suspense that leaves you breathless and clutching the pages for dear life.

The Big Thrill had the opportunity to sit down with Holahan to talk about the emotions stemming from the pandemic, writing fiction set in current events, and the exciting secret she’s been dying to share.

You’ve set THE DARKNESS OF OTHERS during the height of the COVID-19 pandemic. It felt like you used the isolation period of the early pandemic to create a modern locked room mystery. 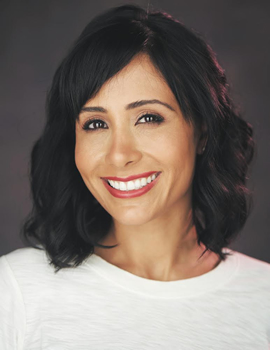 The pandemic is interesting in that you have all of a sudden shrunk people down into just their home units and … now it’s like they have to figure out how to get everything they want and need from home. That’s certainly something that my main character Imani deals with. She got a lot of her social interaction from her female friendships, and now she’s at home and she’s kind of realizing that not only does she miss this greatly, but she really doesn’t get it from her husband.

I didn’t want to put COVID-19 in there where it was just something running around in the background and yet somehow these people were untouched by it. I didn’t want to have it on television occasionally. I was like, “If I’m going to put it in there, I have to put it in there the right way.” It’s in keeping with my style of writing very contemporarily and featuring things that are happening today.

If you write about contemporary things, you kind of have to reflect the world around you. It allows us as the reader to reflect ourselves into the book at that time and experience the emotions at a lot closer of a level because we lived it ourselves. As a result, the characters seem richer and more resonant because people can relate. They can remember what it was like to feel that pressure every time you left the house, trying to avoid people and avoid crowds, and then the nervousness when your spouse comes home, especially if they are in a more crowd-facing job like Imani’s husband.

What was your favorite coping mechanism that you used to help get you through the pandemic and that isolation?

At the beginning, it was really rough because it hit New York fast and hard. The kids were home, and all of a sudden, I was conscripted into being a full-time homeschool teacher, and I had a book deadline. It was kind of overwhelming in the beginning. I had to just become very regimented about my life in a way that I haven’t been before and also, unfortunately, a little regimented with my kids. I was learning to be a different kind of parent and trusting them to have a certain amount of autonomy in the house. 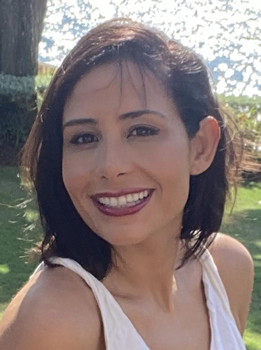 So many of us were having to set boundaries between work and home that we never had to set before, and even then I found my own identities as mom-me and writer-me becoming blurred. THE DARKNESS OF OTHERS deals a lot with identity. Melissa gladly stops being an actress and becomes a stay-at-home mom, Imani clings to her identity of being a psychiatrist, and Tonya can’t escape her identity of being a single mother. So you have someone who has taken a new identity, one who’s holding on to her identity for everything she’s worth, and another person who can’t escape her identity. Was having these three common identities for women in your book intentional, or were they all the different sides of things you were feeling going through the pandemic?

I think it was probably a little bit of both. There’s always my subconscious at play, and sometimes you plan things out. I wanted to get to this idea of women trying to balance everything that’s going on with this pandemic and preserving who they are while also juggling their responsibilities to their families and to their friends. I juxtaposed that with Imani’s husband Phillip, who is singularly focused on his work and not struggling with his identity.

Imani’s relationship with her best friend Melissa is interesting. Do you think the fact that she’s not getting this piece of herself fulfilled by her husband is one of the reasons she’s so determined to find out what happened to Melissa?

I think that’s one, and I think also that she feels guilty because she did withdraw from her social circle. She’s wondering if there was a threat she should have noticed. She starts to doubt how valid a friendship can be when you don’t have your normal means of interaction. This is a friendship where they had lunch dates and interaction at the school. Presence was very much a part of their friendship, and so when that disappears, Imani wonders how well she knew Melissa to begin with if within one year of not seeing her, things could have changed so drastically.

THE DARKNESS OF OTHERS is told from five points of view: Melissa, Imani, Oksana, Tonya, and Rick. How were you able to write in such different voices while passing the baton of storytelling along to each character?

I really wanted this to be a bigger story in some ways than just Imani searching for her friend. All of those characters, in their own way, are not only part of the mystery, but they’re affected by COVID-19. We have Imani’s husband Philip struggling with running a restaurant. As a result, these investors [Rick] are losing their shirts, and they’re upset about it. This is something you couldn’t anticipate, and they are all finding themselves in financial situations they’ve never been in.

Who is your favorite character?

I love Oksana. She’s a character who has dealt with more than first-world problems. She has this depth that gives her a perspective when everybody else is facing their first big crisis that is affecting everyone collectively. She’s gone through a war, so she has this different perspective about what’s going on and how she deals with it. I wanted that character to give a counterpoint to some of the hysteria. 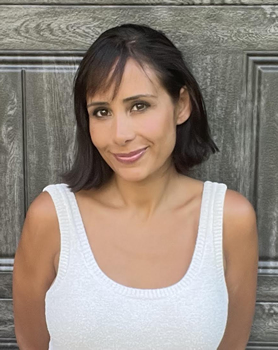 Tonya is much closer to Oksana in background and viewpoint. They’ve been through dark times, and they know you can come out on the other side. You started off the book with a quote by one of the fathers of modern psychology, Carl Jung. It reads, “Knowing your darkness is the best method for dealing with the darknesses in other people.” Imani Banks, your hero in THE DARKNESS OF OTHERS, had to deal with a lot of darkness, but do you think her own darkness has prepared her for what she’s about to deal with?

No. Imani is a bit more babe in the woods. Nothing really bad has happened to her, and she’s also in a profession [a psychiatrist] where she’s always trying to be understanding and empathetic. In some ways, being understanding and empathetic allows her to make excuses for people. How much is she turning a blind eye? And now that her privileged and her wealth is threatened how is that making her see things differently?

Your book also has an element of “Me Too” in it surrounding the question of Tonya’s daughter’s paternity. How did the media around the “Me Too” movement inspire this part of your plot?

I was a journalist for 10 years before I became an author. I feel like what’s going on in the world affects us all individually. Sometimes it affects people personally, and other times it’s an atmosphere [we live in]. I want my books to be reflective of the time where they’re published. “Me Too” was the other big thing happening and we were hoping would be a revolution for women.

I wanted to get into what happens when someone is trying to break into these industries and how they were taken advantage of. I think Tonya isn’t just a victim of that [behavior], she kind of uses the Me Too movement to empower herself. “You did this, and now I can hold you accountable.”

My first movie from a script I wrote called Deadly Estate begins filming in September. It’s being made by MarVista for Fox. It’s really exciting!