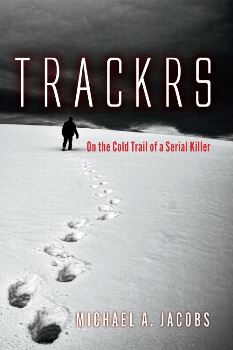 In a presentation unlike any other true crime story, TRACKRS takes the reader through all the stages involved in the pursuit of a serial killer. The perpetrator assaulted six young women in Orange County, California, in the late 1970s, murdering five and killing the unborn child of the sixth. The narration provides a detailed chronicle of an intricate murder investigation put together by multiple law enforcement agencies in 1996.

Michael A. Jacobs recently spent some time with The Big Thrill discussing his latest thriller, TRACKRS:

Plot. The book is 100 percent nonfiction, so the story was there. The only issue was how to tell it. 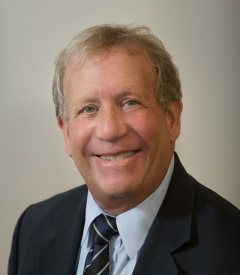 Criminal law. It’s what I know and practiced for 30 years.

Scope, insofar as how many issues I wanted to cover. Besides the story, there were issues about law enforcement information databases, DNA and DNA profiling, other unsolved homicide projects, statistics of unsolved homicides in California and the rest of the country, etc. I decided to try to cover them all.

There were a number of scenes or incidents that took place during the investigation, a meeting with a surviving victim, and courtroom testimony that were quite moving emotionally and might help make for a movie or streaming TV series.

John Grisham, Joseph Wambaugh, and Martin Cruz Smith. Grisham for the way he makes a story move, a page-turner; Wambaugh for detail and the way he can paint a scene; and Smith for his style of writing and showing his knowledge of what he is writing about.

Originally from Long Island, New York, Michael A. Jacobs moved to California to attend Occidental College. Upon graduating from Loyola University School of Law, he was employed as an associate attorney with a Los Angeles civil litigation firm. In 1975, he began his career with the Orange County District Attorney’s Office. During his time in the DA’s Office, he spent a total of 25 years working in nearly every vertical trial unit including 13 years in the Homicide Unit, which he supervised for three years. After leaving the Office in 2006, he commenced a private civil law practice in Orange County and began work on TRACKRS. He is presently working on a second nonfiction book about his experience working in our criminal justice system.