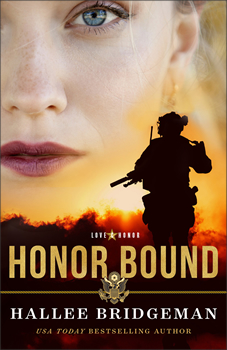 It may seem odd to seek peace by moving to a war-torn African country, but for medical missionary Dr. Cynthia Myers, it provided a way to escape a shallow life of unearned wealth, a philandering fiancé, and a father now square in the public eye as vice president of the United States. At least here she knows her work and life have meaning. But all that is thrown into chaos when she fails to save the life of a local warlord’s mortally wounded son.

As part of the Army Special Forces “A-Team” on a mission to capture and subdue the warlord, Captain Rick Norton is compelled to use deadly force to save Cynthia’s life. Enraged at the violence she witnessed and riddled with guilt that men died because of her, Cynthia tries to hold on to her anger—but an unwanted attraction is taking hold.

With two members of his team badly injured and rebels in hot pursuit, Rick will have to draw upon all his strength and cunning to get her out alive . . . because he’s beginning to think they just might overcome their differences and be able to make a life together.

Author Hallee Bridgeman spent some time with The Big Thrill discussing her latest novel,  the first book in the Love and Honor series, HONOR BOUND: 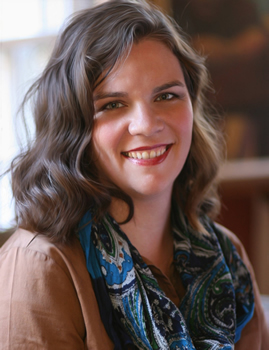 It was important to me to give the readers a military hero in a realistic way. I have long suffered through books, movies, and television shows that depict the military in a stereotypical fashion. I wanted realistic situations, actions, reactions that would bring honor to the people in my life who have and are still serving.

In the midst of writing this book, the US pulled out of Afghanistan. It completely threw off a lot of my initial characterization. I had to re-set the scenes for the second book in the series. I scrambled with my character from the prequel novella who was Afghan-born and raised. It all pulled together in a seamless way in the end.

I have always loved romantic suspense. I read a variety of genres, but the suspense is always my first go-to. I love the puzzle of putting the plot together so that the romance is as interesting as the suspense story—and so that the suspense feeds the reader the way they expect it to.

I always start with characters. I might have a concept about what kind of situation they’re going to be in, but until I have my characters truly fleshed out and three-dimensional, nothing else is more than a vague idea.

Hallee Bridgeman is the USA Today bestselling author of several action-packed romantic suspense books and series. An Army brat turned Floridian, Hallee and her husband finally settled in central Kentucky, where they have raised their three children. When she’s not writing, Hallee pursues her passion for cooking, coffee, campy action movies, and regular date nights with her husband.

An accomplished speaker and active member of several writing organizations, Hallee can be found online at www.HalleeBridgeman.com.