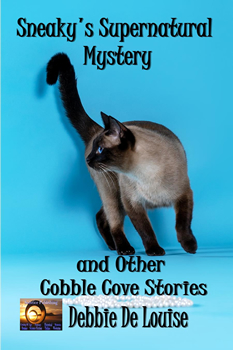 Cats and books have a long—you might even say “storied”—history together. Egyptians as far back at 3,000 BCE bred and trained cats to serve as live-in exterminators in their libraries, feeding off the mice and other critters partial to papyrus in their diets. During the Middle Ages, cats roamed monasteries and castles for the same reason.

Today, “Library Cats” can be found protecting books—and providing friendly faces for patrons—in more than 300 libraries and bookstores across the world, and inspiring writers, such as Long Island librarian, Debbie De Louise, to craft ‘purr-fect” mysteries that draw on the feline profile to solve crimes.

In the latter tale, the intrepid amateur detectives race against time to solve the murder of a library patron whose fate was hinted at by a psychic during a library program. “Sneaky’s Christmas Mystery” follows the gang as they must first prove the death of a pet store owner was not an accident before they can nab the murderer. 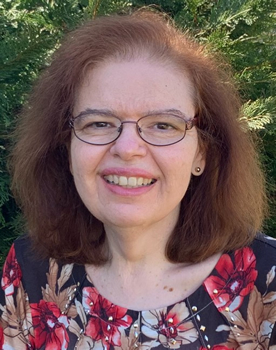 In “Sneaky’s Summer Mystery,” Sneaky and friends are hot on the trail, searching for clues in the murder of the AC repairman found dead inside the sweltering hot library with a bullet in his head.

KittyKai takes the lead detective role in “KittyKai’s Easter Mystery,” helping to solve the mystery of a missing neighbor after Alicia’s five-year-old daughter finds the woman’s ring during an outdoor Easter egg hunt.

“Barking Up the Wrong Tree” reunites the feline sleuths with Fido, a Golden Retriever, who made his debut in A Stone’s Throw, book one of the Cobble Cove Mysteries, to solve the mystery of a missing boy and the murder of his kindergarten teacher.

Cats and books have always been a presence in De Louise’s life, enticing her at a young age to read cat mysteries, such as her favorites the Midnight Louis series by the late Carole Nelson Douglas and the Joe Grey series by Shirley Murphy. She met both authors as a member of the Cat Writers’ Association and soon found her own feline detective voice, publishing her first novel in the Cobble Cove series, A Stone’s Throw, in 2015.

Personality, in De Louise’s view, is the big reason why cats make ideal sleuths. “Cats simply are mysterious. Unlike dogs, they’re hard to read,” she says. “At the same time, their acute senses lend them to come across as intuitive. They seem to understand their human companions, react to their moods, express sympathy when they’re sick. They are also very curious and prone to risk-taking, although that boldness can cause them to transform into scaredy cats cowering in the corner.

“Cats have personalities all their own that make for great characters,” De Louise adds, going on to describe the two cats featured in her book of short stories. “Sneaky is outgoing, assertive, thick-skinned, ready to dive in head-first, lead the charge when Alicia needs help to solve a murder. In contrast, KittyKai is more reserved, sensitive. Though she signs on to assist Sneaky in his adventures, she brings her own street smarts to the case and uses her feminine wiles to manipulate Sneaky to do things her way. In any event, the two often find themselves in trouble, often dangerously so, along with their human caretakers, Alicia and Gilly, before the foursome can bring the guilty to justice.”

De Louise has not limited herself to writing cat mysteries. She’s also published psychological suspense (the award-winning Sea Scope), standalone mysteries (Reason to Die, Memory Makers), paranormal romance (Cloudy Rainbow), sci-fi (Time’s Relative), and romantic comedy (When Jack Trumps Ace). But her first love—after books, of course—is animals, a passion that keeps her penning stories with pets. In her newest series, The Buttercup Bend Mysteries, De Louise invites readers to enjoy a whole new cast of critters—cats, dogs, birds—in helping to solve crimes with their caretakers, a brother and sister who run an animal rescue and pet cemetery facility in a small, upstate New York town. The first book in the series, The Case of the Crazy Cat Lady, was released in June to five-star reviews.

Writing animal mysteries has its challenges. “The storyline requires a good balance between the human and animal characters, crafting a tale in which both are working alongside the other, regardless of the role the animal plays,” De Louise says.

In A Stone’s Throw, for example, Sneaky does not speak to the reader, but serves more to lead Alicia to clues, as he did when he showed up covered with the blood of a murder victim in No Gravestone Unturned, the fifth book of the series. In this new Cobble Cove book, Sneaky, KittyKai, and other animal characters take on a more active investigative role, speaking to each other, as they plot their investigative strategies, though their human companions can’t make out what the meows and ruffs mean.

Beyond the pages of De Louise’s Cobble Cove books, Sneaky does speak to readers as a book blogger, wherein he shares his meet-ups and interviews with a variety of pets—cats, dogs, birds, and more—who share Sneaky’s love of solving mysteries.

Debbie De Louise is a reference librarian at a public library. She’s the author of the Cobble Cove cozy mystery series featuring Alicia, the librarian and Sneaky, the library cat. She’s also published three standalone mysteries, a paranormal romance, a time-travel novel, a romantic comedy novella, and a collection of cat poems. Her stories and poetry appear in over a dozen anthologies. Debbie also writes articles for Catster.com. She lives on Long Island with her husband, daughter, and two cats. Learn more about Debbie and her books by visiting her website.