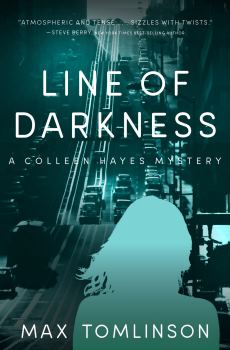 When ex-con PI Colleen Hayes is hired to find a missing person, she discovers an international vigilante group hunting down ex-Nazis. A World War II banknote and a 1942 SS ID of a German officer long thought dead leads her to Italy, where she uncovers a secret project hatched in a concentration camp. Colleen has no choice but to push ahead if the killing is to stop and justice prevail.

My hope is that readers enjoy the ride from WWII Germany to 1970s San Francisco with ex-con Colleen Hayes with as much excitement as it was to write this story. 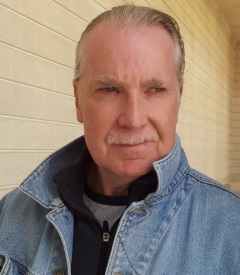 I’ve always been a huge fan of noir, with its ambivalent characters and sense of flawed justice, which (hopefully) prevails. One of my first experiences as a child was stumbling into the living room on my own and turning on the black-and-white TV and seeing The Postman Always Rings Twice. Not quite suitable for a small boy perhaps, but it left an impression!

LINE OF DARKNESS honors the PI theme with a historical twist as a flawed protagonist with a past doggedly pursues the murder of an ex-Nazi in Buenos Aires through 1970s San Francisco all the way to Europe where the infamous Vatican Ratlines shielded ex-Nazis from capture during WWII.

A fresh take on the anti-hero as hero wherein one character leaves the reader guessing: a line in the darkness certain people cross in order to survive.

The history of Nazi counterfeiting of British currency, hatched in a WWII concentration camp, along with the Vatican Ratlines which assisted ex-Nazis in escaping justice.

Elmore Leonard – he pioneered the modern crime novel.
Patricia Highsmith – her dark, ambivalent and often sympathetic characters.
JP Donleavy – The Ginger Man was the first “real” book I read and left a huge impression on what could be done with prose.

USA Today bestselling author Max Tomlinson was born in San Francisco. With the Bay Area’s rich literary history and a public transport system teeming with characters suitable for crime novels, the stage was set for Max to become a mystery writer. In addition, his time abroad has also inspired a variety of flavors in his writing. His published work includes a crime series set in South America, an international espionage series, and now the Colleen Hayes Mystery Series, set in 1970s San Francisco.