Returning to the Dark Side 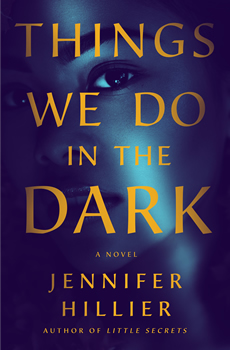 Jennifer Hillier had written four novels before her books found a wider audience with 2018’s award-winning Jar of Hearts, the very dark—and frankly brilliant—story of three best friends: one who was murdered, one who went to prison for the crime, and one who is still seeking the truth.

Her follow-up—2020’s Little Secrets—was decidedly less dark, though no less brilliant. It’s true a child does go missing, and the escalating plot thickens with delicious lies, secrets, and betrayal—but it doesn’t have the inherent violence found in Jar of Hearts and some of Hillier’s previous books. Perhaps somewhat ironically, it’s the book many readers discovered Hillier through, and as a result, is her highest-selling novel, even if it is a bit on the “lighter” side.

Hillier returns to the darkness with this month’s THINGS WE DO IN THE DARK, a haunting tale of a woman trying to evade her past, including an abusive mother who is serving time in prison for murder. But outrunning your past and all its dirty little secrets can get messy—and no one does “messy” better than Hillier.

The term could also be used to describe her writing process.

“THINGS WE DO IN THE DARK was very piece-y when I wrote it,” she says. “And it jumped around a lot. So when I got to about 70,000 words, I started to freak out. It all felt like it fit, but it took a bit of shuffling around to figure out how. It didn’t come together until the 13th draft. It was a hard book to write.”

The work paid off. It’s difficult to imagine Hillier—who seems on top of her craft with every new book—could write something better than Jar of Hearts or Little Secrets, but THINGS WE DO IN THE DARK is her best work. And that’s saying a lot.

Hillier feels it too.

“I don’t know if anyone else will feel that way, but I felt like I had written the shit out of it,” she says. “I felt good about it—but there’s a concern with it too, because it’s a little different than your typical thriller in that there’s an expectation when you market a book as a thriller that you’re going to have this knockout twist, this thing that no one sees coming. And there’s a lot of pressure to come up with that twist. I tried hard to make sure the reveals were satisfying to the reader.”

And that, perhaps, is where Hillier’s magic shines brightest. While THINGS WE DO IN THE DARK certainly delivers on suspense, the twists and reveals aren’t the only things that give us an underlying sense of unease for the characters—it’s more about the emotional connection we have to them. THINGS WE DO IN THE DARK sticks with you long after you turn that last page—and while that may sound cliché, it fits.

That too is something Hillier wanted to focus on with this book. 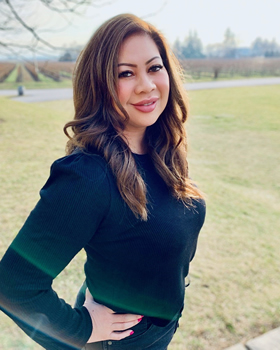 “After I read a book, I might not be able to tell you all of the details about plot, etc., but I know how it made me feel,” she says. “There’s a part of me that wants to give readers that for every one of my books. I want it to stick with them—and even if they’ve read 15 books after mine, when they see the cover or hear the title, I want them to think, ‘Oh. I remember how I felt reading that.’”

You’ll feel a lot of things when you read THINGS WE DO IN THE DARK, including (perhaps surprisingly) empathy for the novel’s core villain, the Ice Queen who is in jail for murder but really should have been put away for child abuse long before she killed a man.

“I saw Ruby really clearly,” Hillier says. “She’s a fairly simple character, in some ways Gretchen-ish from Chelsea Cain’s novel Heartsick. Chelsea doesn’t ever feel the need to go into too much depth about why Gretchen is the way she is—she’s just this sociopath. She will kill you. Torture you. And not think anything of it. In some ways, that’s who Ruby is for me.”

Her character—and the backstory for several other characters in the book—was inspired by a Netflix documentary called The Trials of Gabriel Fernandez. It’s about a boy who was repeatedly abused by his mother and her boyfriend until he eventually succumbed to the abuse and died at the age of eight. An autopsy revealed he’d suffered years and years of severe abuse.

He’d fallen through the cracks.

The story is heartbreaking, and Hillier admits, she could barely bring herself to watch it.

“But I had to—because that’s why this child fell through the cracks. No one was watching,” she says. “What I was left with at the end was a seething rage about how this kid got missed. The mom, whose name is Pearl, was unredeemable. She had other kids, and they weren’t abused like that. She picked on this one kid, and you could see at the trial she didn’t give a shit. The difference with Ruby is that she has a tiny bit of self-awareness—she knows she had a bad mother and knows she isn’t doing a good job. But in the end, Ruby is still Ruby.”

In addition to leaving her angry, Hillier had questions after watching the documentary. One of those questions led to the development of another key character in the book—Ruby’s daughter Joey. 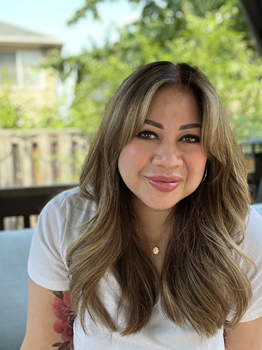 It’s true that authors pepper in pieces of themselves into all of their characters, even the villains, but Hillier says Joey is “very much me. I didn’t grow up like Joey—my mom didn’t abuse me—but the lens through which she sees the world is similar to mine. She’s a first generation Canadian born to Filipino parents. She’s Filipino but doesn’t speak it. She has the values of her culture competing with living in Canada. A lot of that came from me.”

The building Ruby and Joey lived in—Hillier and her mom lived there too. It’s a shady place in a grittier, less glamorous part of Toronto where you hear all kinds of things happening, and none of it is good. Even Ruby’s physical characteristics mirror Hillier’s mom’s—tall, slim, long lashes and full lips. She looked like a movie star, Hillier says, and recalls a gold dress similar to something Ruby might wear.

“Joey’s voice was the easiest voice to capture,” she says. “And she’s my favorite character I have ever written.”

On the flip side, Hillier struggled to connect with Paris, whom we meet in the opening pages of the book when she is accused of murdering her very wealthy and famous comedian husband, Jimmy. You’ll have to read the book to see how they all connect—as well as where Joey’s friend Drew fits in—but you won’t require coercion. Hillier stretches herself in this book, and the result is breathtaking.

Hillier took another chance with THINGS WE DO IN THE DARK by setting part of it in Canada, something she hasn’t done with any of her other books.

“For my other novels, I didn’t feel inclined to—it didn’t feel right or didn’t go with the mood,” she says. “But being home for five years and thinking a lot about that time in my life, it felt like I had something to say about it.”

As she prepares for the release of THINGS WE DO IN THE DARK, Hillier has been picking away at a new novel. It’s a thriller, obviously, and she’s pretty sure it will include some kind of family dynamic, but the details are far from set in stone.

“I have a few ideas, and a few scenes written out, but who knows if it’s going to stay this way,” she says. “Like I said, my process is messy.”

Perhaps. Though some of us might call it beautiful chaos.