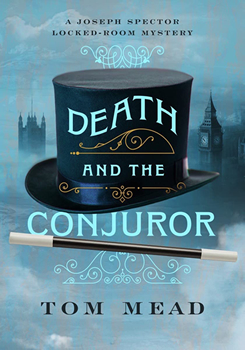 In 1930s London, celebrity psychiatrist Anselm Rees is discovered dead in his locked study, and there seems to be no way that a killer could have escaped unseen. There are no clues, no witnesses, and no evidence of the murder weapon. Stumped by the confounding scene, the Scotland Yard detective on the case calls on retired stage magician-turned-part-time sleuth Joseph Spector. For who better to make sense of the impossible than one who traffics in illusions?

Spector has a knack for explaining the inexplicable, but even he finds that there is more to this mystery than meets the eye. As he and the inspector interview the colorful cast of suspects among the psychiatrist’s patients and household, they uncover no shortage of dark secrets―or motives for murder. When the investigation dovetails into that of an apparently impossible theft, the detectives consider the possibility that the two transgressions are related. And when a second murder occurs, this time in an impenetrable elevator, they realize that the crime wave will become even more deadly unless they can catch the culprit soon.

A tribute to the classic golden-age whodunnit, when crime fiction was a battle of wits between writer and reader, DEATH AND THE CONJUROR joins its macabre atmosphere, period detail, and vividly drawn characters with a meticulously constructed fair play puzzle. Its baffling plot will enthrall readers of mystery icons such as Agatha Christie and John Dickson Carr, modern masters like Anthony Horowitz and Elly Griffiths, or anyone who appreciates a good mystery.

Author Tom Mead spent a few minutes with The Big Thrill discussing his latest mystery, DEATH AND THE CONJUROR: 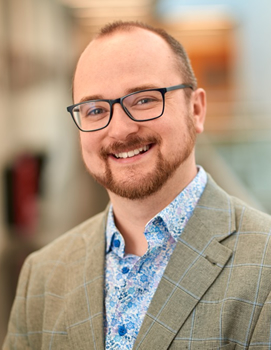 First and foremost, I hope DEATH AND THE CONJUROR will appeal to fans of classic, golden age mystery fiction. With that in mind, plenty of the key tropes and conventions are there: the amateur detective, the locked-room mystery, Scotland Yard baffled by a phantom killer! But I’ve worked hard to offer something fresh which is also an affectionate tribute to the books and authors I love.

My favorite author is John Dickson Carr, a pioneer of the locked-room mystery subgenre. His books are perfect puzzles, but they are also crammed with sinister atmosphere and compelling prose. Of course, I love all the other big names too: Agatha Christie, Ellery Queen et al, plus undeservedly neglected authors of the period like Clayton Rawson and Helen McCloy. Among contemporary writers, I particularly love the works of Anthony Horowitz, Elly Griffiths, and French locked-room mystery specialist Paul Halter.

I hope readers will be swept up by the atmosphere and the characters and bamboozled by the puzzle.

Tom Mead is a UK author of crime fiction, specialising in locked-room mysteries. His short stories have appeared in Ellery Queen’s Mystery Magazine, Alfred Hitchcock Mystery Magazine, and various others. Recently, his story “Heatwave” was included in The Best Mystery Stories of the Year 2021, edited by Lee Child. His first novel, DEATH AND THE CONJUROR, is published by Mysterious Press in July 2022.