Finding Your Authentic Self 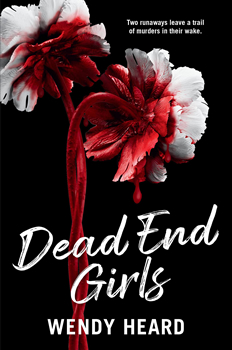 If you’ve ever considered faking your own death and getting out of Dodge, Wendy Heard is here to tell you, it ain’t that easy.

But that’s exactly what Maude hopes to do in Heard’s new young adult thriller DEAD END GIRLS. Thanks to Heard’s love of research, Maude has meticulously planned every detail of her “death”—the who, the when, the where. It’s a secret she’s kept so well that it’s a shock when her stepcousin Frankie figures out her plan.

Now the two of them are “dead” and on the run. Except there are some things you just can’t run from, and the two are quickly caught up in a life of crime that transforms them from “deceased,” to “wanted.”

In this interview with The Big Thrill, Heard talks about the importance of authenticity, the stigma of “unlikeable women,” and why she’s already excited about her next novel. (Hint: We are too!)

The opening pages of DEAD END GIRLS is textbook “hook”—you had me at first introduction to Maude. I’d love to hear more about the inspiration for this story.

I’m so glad you felt this way. I love Maude. She’s very angry, though, and I worried people may not approve of all her snark. It turns out people like her snark!

I’ve always admired those super high-achieving high school girls who do academic decathlon and are geared up to take over the world, and because it’s me, I’ve thought, What if one of those girls turned her mind to crime? She’d be unstoppable. That was the real inspiration for this story. Also, I’ve always wanted to research faking your own death.

One of the things I love about your work is that it’s difficult to find comparable titles—there are tropes you follow, of course, and genre conventions to consider, but your stories seem to carve out their own lane. How would you pitch this—and what comparisons would you make?

I’m an artsy sort of person, and I like to write about artists, musicians, and people who live on the edge of society. I work hard to come up with high concept stories that pitch in such a way that I can sneak the artsy, less mainstream stuff in when no one’s looking.

Maude’s plan to fake her own death and disappear was extremely intricate and felt authentic—is that how it would be done? What kind of research was required for this? 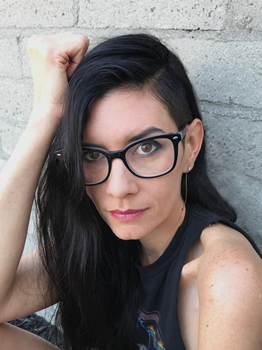 Um, yeah, so, I like to do a lot of research. It drives me nuts thinking something I’ve written isn’t possible. This has caused me to spend a lot of time learning about weird and horrible things. For example, I spent an entire weekend researching how to dismantle a refrigerator truck, and another series of days figuring out the melting point of steel and human flesh. Those were for She’s Too Pretty to Burn, my YA debut that came out last year. For this book, I needed to understand what it would take to fake your own death, and it turns out it’s extremely complicated. There’s actually an error in Maude’s planning, which I keep wondering if anyone will catch. I had to add at least one little thing she didn’t think of. Maude talks about the process a lot; you can’t just steal a passport, everything is tracked across databases, and many international airports have facial recognition software in use. I had to actually walk through Maude’s plan and vet it for anything that could go wrong. Now that I’ve written about this, if I ever vanish mysteriously, I worry I’ll be the number one suspect in my own disappearance.

The dynamics between Maude and Frankie are outstanding, and I loved each of their voices. How did these characters develop for you? Was there one that was more challenging to write? And if so, why? Which would you be more comfortable spending time with if you were stranded on an island together?

I love them too! They’re so different, but they make sense together, right? Maude was unsettlingly easy for me to write. Frankie’s (pronouns: she/they) voice took a little longer to develop. They’re a bit more subtle, sweet, and they aren’t sarcastic or cutting in their humor like Maude can be. Those little nuances are tougher to write. If I were stranded on an island, I’d obviously want Maude. She would help me build and engineer things, and I’m 100 percent sure she knows how to start a fire.

As with She’s Too Pretty to Burn, the characters in DEAD END GIRLS are flawed and so complex. I think, unfortunately, there’s still a stigma that these kinds of characters are “unlikeable.” Is this something you consider when you write? How does it influence your character development, if at all? 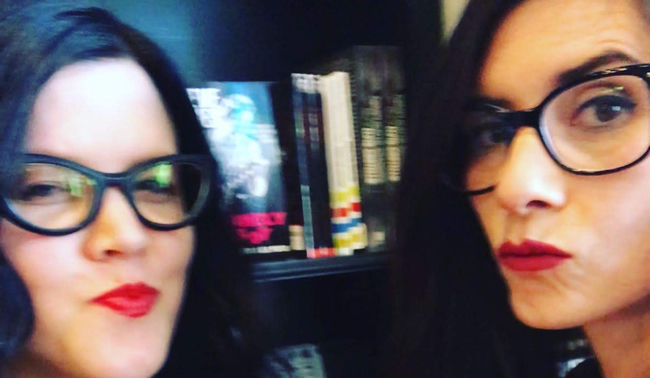 There totally is a stigma against “unlikeable” women. This is why I was worried people would be mad at Maude. She doesn’t have a “good enough” reason for doing this. She wants out, she hates her parents, she wants revenge, and she’s wrestling with a lot of subconscious stuff around identity. She’s a bit mean and spiteful, and even when you see the vulnerability underneath, these qualities are not always something a reader will forgive. That said, I gotta do me, and if I write “nicer” characters out of fear of what readers will think, I won’t be giving them that core honesty that’s so important in art.

Your fans—of which I am one—often call your books “bananas” because the plots and characters truly take on a life of their own. What is your writing process—plotter / pantser? At what point do your characters take control—or are you fully their master?

The plot of DEAD END GIRLS is bananas. I like to go kind of big with the plot points, and this book was a bit of a queer homage to Thelma and Louise. Did people get mad when they drove their car off a cliff? Let us have our big splashy plots, people, because they’re fun! I’m an outliner for sure, but I am flexible. If I get to a part of the book that feels slow or boring, I’ll go back and plan something else.

You’re not afraid to tackle tough issues in books, and you have an edgy style that I think is bold and authentic—your work to me is reminiscent of Mindy McGinnis, who pulls no punches and is my go-to buy. What do you hope your readers take away from this story aside from a truly page-turning tale?

I love Mindy McGinnis! Her books are incredible. I love a good plot, but I firmly believe that commercial fiction can still mean something. It can be a fun ride, but it can also have really deep themes about important issues. For this book, it’s really about identity. Some people live their lives always running, always looking for the next thing. But the problem is, no matter where you go, there you still—freaking—are. There’s an exchange between Frankie and Maude where Frankie says, “You can’t just decide to be a different person,” and Maude says, “What do you think we’re doing here?” The desperation she feels in that moment is kind of the whole point, right? For Frankie, it’s about freedom, and it’s a pretty blatant critique of families like theirs. 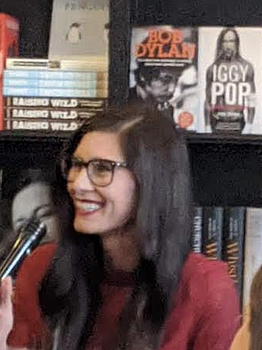 Bananas plot aside, the relationship between Maude and Frankie is at the core of this book—their relationship evolves in such an organic way that it’s hard not to be invested in their shared journey. The Big Thrill is as much for aspiring writers as it is for readers. What advice would you give on how to create authenticity in relationship building?

I would say to think about what each person looks like to the other. For Maude, Frankie is someone who is so cool, so calm and collected, and so able to see into the heart of the matter. They see through all of Maude’s bullshitting and conning and carefully curated facades, and that just…pierces Maude. To Frankie, Maude is brave and bold and gets stuff done. They admire Maude and also want to care for her, give her the love she never had. I think understanding this helps write a good relationship, whether platonic or romantic.

DEAD END GIRLS is your second YA book, but prior to the brilliant She’s Too Pretty to Burn, you wrote adult thrillers. Is YA your path now, or do you hope to go back to adult thrillers at some point?

I’m coming back for you, adult! It’s funny, at first, writing YA was a practical decision; it’s always good to diversify. I didn’t think I’d ever love YA as much as I loved adult. And now my loyalties are equally divided! I love both my terrible teens and my horrible grownups. Stand by, and maybe you’ll see more adult titles from me in the future.

Congrats on your latest deal, which will bring us at least two new books. What can you share about your upcoming releases?

I am very excited about my next YA, maybe more excited than I’ve ever been. Is that possible? This next one, We’ll Never Tell, is about a group of teen urban explorers who have a YouTube channel where they sneak into abandoned or secret corners of Los Angeles and give their viewers a behind-the-scenes view of the city. Abandoned factories, the zoo after hours, you name it, they’ve broken into it. For their last episode before they part ways for college and shut their channel down, they turn their attention to the Silver Lake Murder Mansion, the now-abandoned, infamous location of a murder from the 1970s. It’s incredible: dishes in the cabinets, blood on the carpet, the grand piano covered in dust…But when one of their group gets stabbed in the same exact way as the original murder, they find themselves entangled in mysteries, both past and present.