You Just Thought the Cold War Was Over 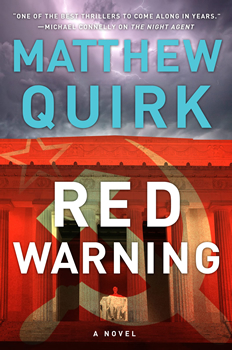 In his timely new spy thriller, RED WARNING, bestselling author Matthew Quirk takes on Russian aggression within the boundaries of the United States.

CIA agent Sam Hudson isn’t just your average spy. He’s a NOC—a CIA operative working under nonofficial cover. He’s on his own for clandestine missions. Sam’s obsession with finding a Russian deep-cover agent known as Konstantin, whom he suspects is plotting a terror campaign on American soil, consumes him. Many think the ghostly Russian operative is just a folktale, but Sam knows he’s real, and he’s ready to strike. He’s sure Konstantin will use fear to control the Americans.

Konstantin has been dormant in a long-term sleeper cell of an old Soviet sabotage campaign from before the fall of the USSR. This Russian faction, long dormant, plans to ignite World War III.

Emily Pierce works in Russia House, a group within the FBI focusing on Russian aggression. She believes Sam’s obsession with Konstantin is irrational—she isn’t even sure he’s real. But as terrorists target Washington, DC, and Emily has no choice but to work with Sam to prevent more destruction—but becomes an FBI suspect.

As Sam and Emily hunt Konstantin and try to determine what violent acts he’s planning, neither knows who they can trust, including each other.

This timely “what if” story of espionage and Russian terror will have readers considering the unthinkable.

Here, Quirk chats with The Big Thrill about what inspired the plot, how his journalism informed the story, and how current events compare to the novel.

What was your inspiration for the plot in RED WARNING? 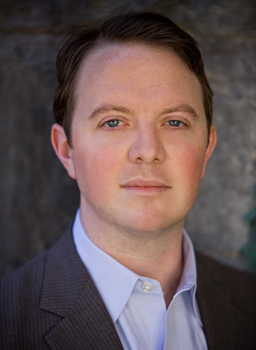 I was reading testimony from Soviet spies who defected to the US. There were some real eye-opening allegations in there that sparked my imagination. A chief Russian intelligence (GRU) colonel warned Congress about Soviet sabotage plots that had been laid in place, with elements sometimes literally buried decades ago in anticipation of World War III. Those plans could be revived and triggered at any moment. It seemed particularly relevant given Russia’s rising aggression, which has dramatically increased since I started the book.

I was also inspired by the world of Russian deep cover officers, known as illegals, some of whom have been hiding as everyday Americans since the Cold War, waiting for their moment to activate.

How did your work covering crime and counter-terrorism for The Atlantic inform the story?

As a young reporter in DC, I ran into real spies and foreign agents. It’s so exciting to brush up against the thing you only know from books and movies, and so odd to have it intersect with everyday life—just having beers at Jim’s house and listening to records with a couple spies while they take a break from plotting government overthrows, etc. Most espionage work is much more exacting and less high-action/sexy than it’s depicted in fiction, so it’s nice to take those experiences and ground a spy thriller in reality. I think the authentic aspects add to the story and make the larger-than-life moments hit that much harder. I also spent years reporting on potential attacks against the capital, so I have a big, terrifying file of realistic thriller plots.

Quirk speaks at an event at Barnes & Noble in Holmdel, New Jersey.

Can you describe your research for the book?

I went around DC casing the attacks from a Russian spy’s perspective, which is always a bit of a thrill. You can get yourself in a lot of trouble skulking under bridges and shooting photos for scene research! I ran the plot and characters past folks I know at the FBI and CIA and read a lot of memoirs of American and Russian deep cover agents, as well as the testimony of those defectors about long-buried sabotage plots. I also connected with a fellow named Elliot Carter, who has done a very cool project, mapping all the secret tunnels that run under DC’s iconic buildings.

A few books from my research I’d recommend: Ishmael Jones’s The Human Factor and Amaryllis Fox’s Life Undercover are terrific reads about the lives of non-official cover CIA officers. Gordon Corera’s Russians Among Us offers an excellent overview of Russian sleepers in the US from the Soviet days to the present. Putin’s People by Catherine Belton and the Road to Unfreedom by Timothy Snyder are also excellent, essential books about Russia today. 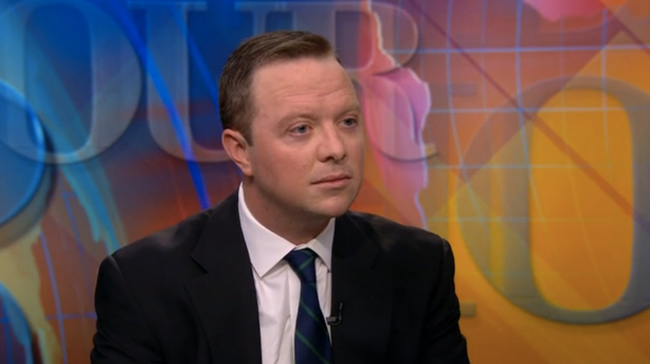 Did current events regarding Russian aggression affect the story?

I started the book a little over two years ago, so the full Ukraine invasion was a long way off, but of course Russia had already invaded Crimea and was fighting in Donbas. More relevant for this novel was Russia’s increasingly bold campaign of killings and attacks in the West, including an alleged one in a DC hotel near where I used to live that is not at all well-known and was covered up. It’s an enormous relief that RED WARNING is still ahead of the news—it looks from abroad to home to ask what a Russian attack against the US might look like. 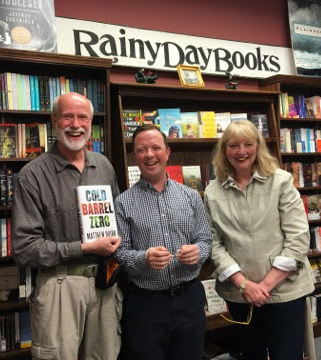 Quirk prepares to demonstrate how to escape handcuffs—a skill he picked up while researching his 2016 thriller Cold Barrel Zero—at Rainy Day Books in Kansas City.

A couple of things that I tried to convey struck me. First, how dedicated and hard-working intelligence officers are, often at the expense of their personal lives. I still wanted to convey that they’re real human beings, with virtues and flaws, working inside imperfect institutions, and give the reader a feel for that world. And second, how deeply odd and dangerous Moscow’s world view is these days.

Putin has cobbled together an ideology to justify his rule, and it’s a thousand times stranger than I could have imagined going into this (read the Snyder and Belton books above for more). It’s also dangerous to the West not only because of wars and attacks it prompts, but also in more sinister ways, such as his ideas and methods inspiring politicians and their followers in the US and Europe.

I’ve been wanting to write this plot for years. There are these fascinating, massive underground nuclear bunkers in the mountains outside DC, including one near Camp David. They’re part of government doomsday planning, and they’re basically subterranean cities, the “undisclosed locations” so often mentioned after 9/11. The premise: What if the president went there to escape a threat and ended up locked inside with the threat? It’s a lot of fun, sort of And Then There Were None meets Die Hard. These single-location locked room, er, bunker stories, are tricky to write, though, because you’re so constrained.

I love talking craft—I have a whole page about it on my website. My favorite advice is to get away from the computer—figure out your plots and scenes while talking to family and friends or while on a walk. Once you have it clear in your head, come back and write it down. I also recommend the super-rough first draft. Have a good outline then just get the story down without sweating the perfectionism. You can fix everything later.

Although I keep up with all things DC power politics and espionage and go back to the capital often, I live in a funky little beach town in San Diego and am out surfing all the time.