A One-Two Hit from the Universe 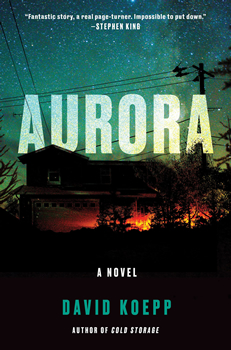 David Koepp is no stranger to big stories. With script credits for some of the top box office hits of the last two decades, he certainly knows how to spin a tale. AURORA is his second novel, and Netflix is already at work to make it a film, with Kathryn Bigelow directing.

AURORA is about Earth getting a one-two hit combo from the universe. Barely out of COVID, the world gets blasted by a solar discharge that creates a global blackout. It’s almost as if the sun has decided to pass the bill for the millennia of service rendered. Most apocalyptic tales feature points-of-view from the people in power like presidents, generals, the rogue soldier or agent, et al. But AURORA sees everyday people and the effect on their behavior, both as individuals and as societies.

“That was absolutely intentional,” says Koepp. “It goes back to an approach that Steven Spielberg and I took with the film War of the Worlds, in 2005. Before I even started writing, we both sat down and decided to make a list of clichéd scenes that we did not want to see in our alien invasion movie—shots of famous monuments exploding, presidents or prime ministers shouting about what must be done, generals with maps, and on and on. We wanted to see a vast global event from a very singular, ground-level point of view. And I took the same approach here. My feeling then, and now, was that the story’s level of reality and relatability would be much higher with this approach. 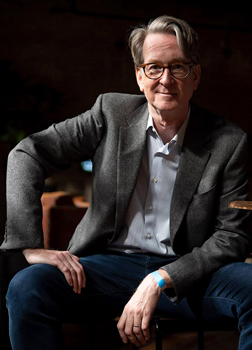 “The main protagonists are Aubrey and Thom, siblings united by birth and a common tragedy that happened when they were teenagers. From that moment, they formed very different world views, and have vastly different approaches to planning for a crisis. In short, Thom has spent his whole life preparing for the next catastrophe, and Aubrey has done nothing whatsoever, preferring to ignore and deny the possibility. I was interested in what might happen if things evolved in unexpected ways for them both—the prepper sees his life fall apart, and the denier discovers unexpected strength.”

The subject of powerlessness, both literal and figurative, has always interested Koepp, to the point that he made The Trigger Effect in 1996 about the very subject.

He says of the film, “That was a very narrow, focused look at three people who were stuck together during an unexplained blackout, and the story covered about three days. But even then, I was curious about what the world might be like if I extended that time frame, and made the power crisis a global one. Though I never wanted this story to be some sort of globetrotting jaunt that tried to cover the entire world, I did want to see how two very different communities might come together or split apart in this particular kind of crisis.” 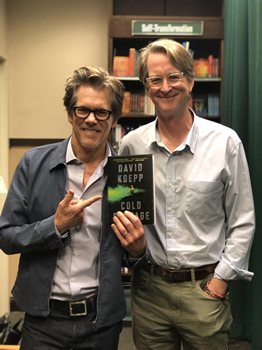 Koepp with actor Kevin Bacon, who starred in Koepp’s 2020 horror film You Should Have Left.

AURORA is a character-driven tale, yet the description feels more like a plot-driven scenario. Koepp likes stories where plot and character come together in powerful ways.

“There’s an old adage in screenwriting,” he says, “that every single scene must advance both plot and character. I wanted the book to approach things the same way. I do crave vivid characters, but I also want a good, juicy plot to follow.”

Research took Koepp a dive into the life of preppers and the steps they take, even the lengths they go to anticipate a crisis.

“I was stunned by the depth and breadth of the prepper community,” he says. “Those people who not only find peace of mind in preparing for the next disaster, but actually enjoy the process and, in some ways they may not admit even to themselves, look forward to the next disaster.”

AURORA is currently in development at Netflix with an Oscar-winning director Kathryn Bigelow. 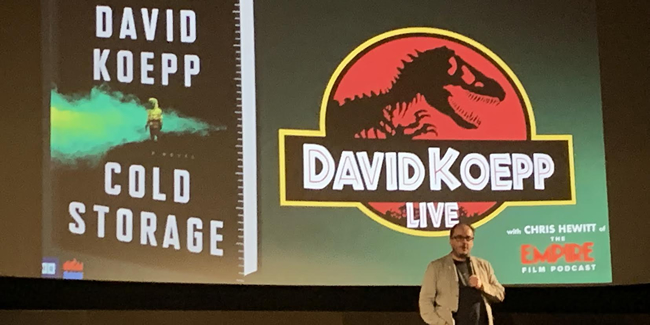 “Kathryn is a brilliant director who will do an incredible job with the inherent tension and strangeness of the situation,” Koepp says. “She is an absolute master at creating and controlling a world unlike any we’ve seen before. Her films tend to be almost brutally tense and suspenseful, and we’re hoping for just that with AURORA. Netflix has been extremely supportive so far, and seems willing to give us the generous budget we need to properly convey the sweep and expanse of the story. I’m in the process of writing the script.”

The author’s approach to writing novels and scripts is largely the same as he tries to make up interesting characters and then structure a story.

“The commonality between them is that the outline continually evolves as you write, and as you get to know the characters better and spend more and more days in deep, uninterrupted thought about it,” he says. “The difference is that books just take a lot more time. The sheer amount of typing alone is daunting.”