Even Brilliant Murderers Can Come Undone 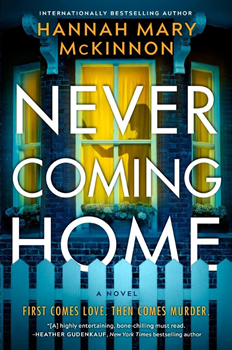 Lucas Forester knows he’s smart—always has been. When he was a boy, living with his dad on the streets of Manchester, England, he’d started his own business—hacking into his teachers’ computers and downloading test papers, then selling them to other students. But his ultimate genius was how he’d transformed himself into a refined gentleman who snagged a beautiful, über wealthy socialite for a wife. Her family is stinking rich. He’d finally made it.

Or at least he thought he had until Michelle’s family insisted he sign a prenup. But no matter—instead of divorce, he’ll just have to kill her. Or have her killed. Murder’s not really his thing.

All things considered, his life is pretty good now. He lives in luxury, his stingy father-in-law is dead, his mother-in-law, Nora, has terminal cancer, and now Michelle is missing—her kidnapping captured on video. According to Lucas, “I didn’t hate Michelle, and I should probably make that perfectly clear at this point. How could I when she would give me everything I’d ever wanted?” 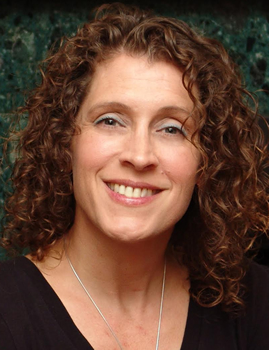 Lucas works in IT recruitment, but he should have become an actor. He’s been convincing as a loving and grieving husband. No one would ever suspect him. But as the charade continues, someone leaves him notes with Michelle’s picture and messages. Someone knows what he did. But how can they? He’s sure it’s a mistake. He’s been so careful.

McKinnon writes the first-person narrative from Lucas’ point of view, showcasing his ego with sardonic wit that paints a vivid portrait of a sociopathic misogynistic liar who’s all too sure of himself. Even as paranoia and guilt cause Lucas to unravel, his ego won’t let him admit defeat. He’s sure he’s smarter than everyone else and his payday is just around the corner.

Here, McKinnon chats with The Big Thrill about her inspiration for the story, the fun of writing about a devious egomaniac, and the possibility of a career in crime.

The character of Lucas inspired the plot in NEVER COMING HOME. How was it different to write a novel from the antagonist’s point of view?

Lucas is hilarious, and it was so refreshing to be immersed in the mind of a killer, to see everything from his perspective and try to have him justify everything he did. While I probably shouldn’t admit to this, despite his many flaws, I enjoyed spending time with Lucas because I found him so entertaining. I wrote the book during the second half of 2020, so this was very much a pandemic project. My lovely mum passed away that summer, so I needed a place to escape to. I think that’s why this book is my funniest. I needed something to make me laugh when everything else in the real world felt hopeless. 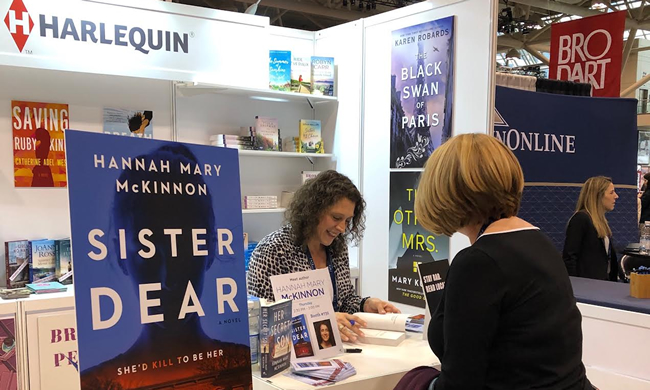 Was it fun to “think like a criminal” for the story?

Absolutely. I’ve always been a rule follower, so, in that sense, this was way out of my comfort zone but also a wild ride (and safe, because it’s not real). It was particularly amusing when I described Lucas’ evil antics to fellow crime author retired Detective Sergeant Bruce Robert Coffin to make sure he’d get away with at least some of the stuff he was doing. Bruce paused and said, “You’re scaring me, because you’ve thought of everything.” Maybe crime will be my new career if the writing gig doesn’t work out…

Don’t hire a hitman on the dark web? But seriously, as with all my books, my aim is to entertain my audience, have them read and enjoy the story, think it was time well spent, and wonder what I’ll come up with next. I read to be entertained, to connect with the characters at least on some level, and that’s my primary goal when I write. 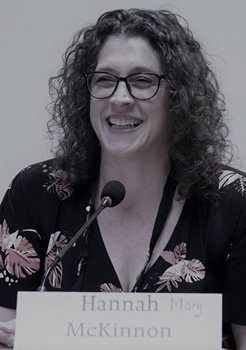 McKinnon speaks at Bouchercon 2019 in Dallas.

Can you tell us more about your next book? I know it’s about an amends list that turns into a murder list—maybe.

Book seven (slated for 2023), another psychological thriller, is about a woman named Frankie who has some anger issues and writes a list of people she should work to forgive as a therapy exercise. She thinks nothing of it when she loses her list in an Uber until one by one, the individuals become victims of freak accidents. Frankie desperately tries to determine if the tragedies are indeed accidental, and if not, who’s behind them before someone else gets hurt, especially as one of the names on the list is her own. Her past self is the one person she can never forgive…

Someone once suggested skipping ahead if I couldn’t get a grasp on a chapter or scene, that I should focus on another part of the manuscript and trust myself enough to backfill later. It was revolutionary to me, and it beats the heck out of staring at a blank page or shoving my hand in the cookie jar. I also send my manuscript to my Kindle and read my work out loud. It’s so effective to figure out repetition and plot holes when I flip to a different device.

The Brienz-Rothorn railway, where McKinnon’s grandfather once worked as a controller

My maiden name is Abplanalp, a very traditional Swiss name that has an origin story about a baby, a crib, and a landslide (yes, really). Abplanalp means “from Planalp,” and Planalp is a hamlet on the Brienzer Rothorn mountain. But wait, there’s more! A steam train puffs its way to the summit of said mountain (the views are breathtaking), and my grandfather—a wood carver and mountain climber—once worked on that line as a controller. Despite the mountain’s fame, barely anyone can spell or pronounce Abplanalp, not even the locals.