A Visit from the Past Wreaks Havoc in the Present 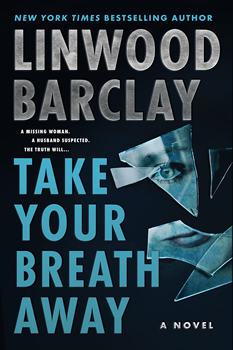 What happens to your new life when your wife who disappeared six years ago suddenly reemerges? In bestselling author Linwood Barclay’s newest thriller, TAKE YOUR BREATH AWAY, that’s what Andrew Carville must figure out before his life once again implodes.

While Andrew is fishing at the lake with his friend, Brie Mason just wants to make sure she doesn’t have a mouse infestation. On Saturday, the exterminator can’t find anything but tells her to put flour in front of the kitchen sink and check it the next morning for rodent prints. But when she wakes up Sunday, she finds something far more menacing than mouse prints.

It’s been six years since his wife, Brie, vanished without a trace, and Andrew has struggled to remake his life, even changing his last name and moving to a new town. He never told his new partner, Jayne, what happened. He’d been the police’s number-one suspect, and his community hadn’t exactly rallied to support him. Now, life for Andrew is good. Until… 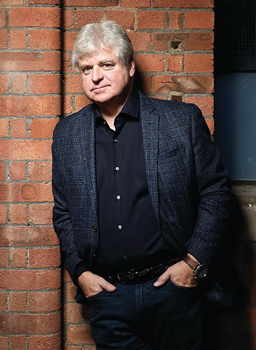 A woman who looks exactly like Brie shows up at the address of their old house—which the new owners had replaced with a new construction—and screams “Where’s my house?” as if she were just coming home from an errand, and her home had been misplaced. Then she gets in her car and drives away.

After his former neighbor tells Andrew about the incident, Andrew thinks it must be a mistake. But then more people see her around town, although from a distance, including her siblings and mother. Andrew is both happy that his wife might still be alive but also concerned about how his current life might change forever. The only thing he knows to do is find out what the hell is going on.

As Andrew investigates the mysterious woman, he becomes embroiled in a conspiracy he never expected and must fight to not only find the truth but stay alive.

Written in chapters alternating between the present and the transcripts of law enforcement’s investigation six years prior, readers become intricately entwined in the story, all while wondering, what the hell happened?

Here, Barclay talks with The Big Thrill about what inspired the story, how his experience as a journalist plays into his writing, and the importance of pursuing creative passion. 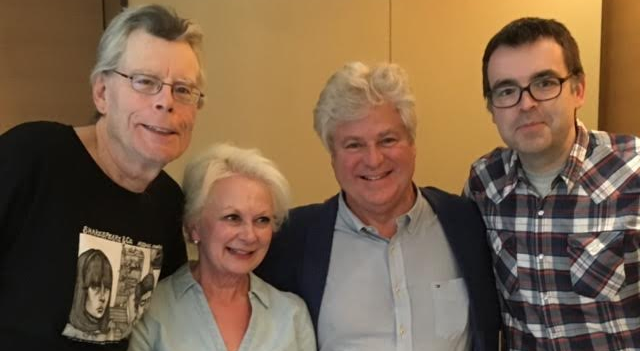 Barclay and his wife, Neetha, with Stephen and Owen King in Toronto.

What was your inspiration for the plot in TAKE YOUR BREATH AWAY?

A few years ago, three, maybe four, I had this idea for a scene about a woman who comes home, presumably from a quick errand, pulls into the driveway, and asks, “Where’s my house? What happened to my house?” She’s at the right address, but the building she knew as her home has been replaced by a totally different structure. So what the hell happened? I had no idea, and the scene played out in my head until 2020, when I sat down and wrote out all the possible explanations, settled on one I thought would work, and started writing TAKE YOUR BREATH AWAY. 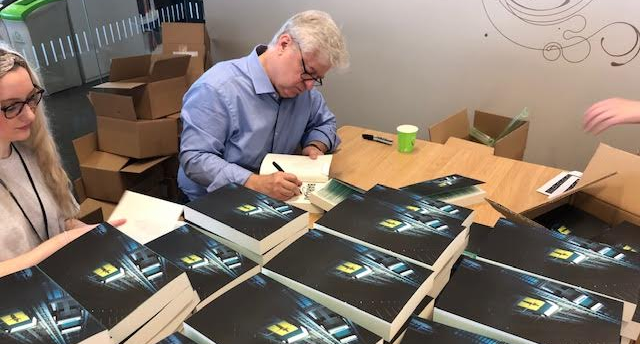 Barclay signs hundreds of advance copies of his 2019 thriller Elevator Pitch at HarperCollins headquarters in London.

How has being a former newspaper editor, journalist, and columnist informed your writing?

Discipline. Writing is a job. There’s nothing romantic about it. You don’t sit around waiting for the muse to strike. You get to work. As a newspaper columnist, you can’t call the editor and say, “You know, I’m just not feeling it today.” This whole writer’s block business amuses me. We’re the only profession that has an actual condition to excuse us from doing what we’re paid to do. Imagine if you were waiting for someone to finish doing your tax return and got a text that read: “Sorry, can’t do it, I have accountant’s block.”

I don’t generally presume that there’s some greater meaning readers should take from my work. If they find something in it that touches them in some way, that they identify with, that speaks to them, that’s a bonus. I want readers to have a good time, to put their worries aside for a bit and be entertained by someone else’s problems. 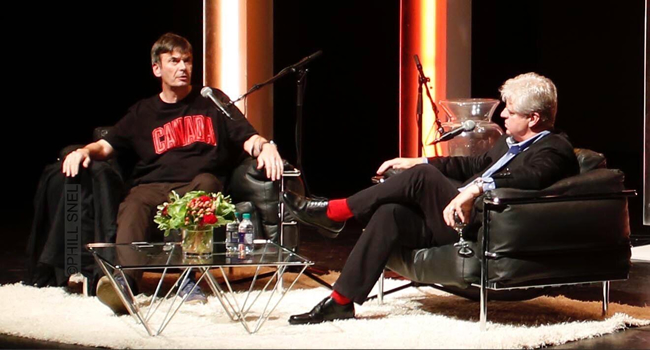 There are two “next” books. The first, called Look Both Ways, will be out this summer, in some markets as an eBook first, and in others in print before the end of the year. It’s a little different from what I usually write, more like a Michael Crichton thriller. Think Jurassic Park, but instead of dinosaurs, it’s self-driving cars. An island community is being used as a testing ground for autonomous cars. When a virus is introduced into the network, the cars all become, essentially, homicidal. It’d be like being on an island with a thousand Christines.

I have finished the novel that will come out in 2023, as yet untitled, about an unsuccessful author who is drafted to write backstories for people entering the witness protection program. As you might expect, mayhem ensues.

Tell us more about your belief that people should pursue their creative passions.

I believe that if you have an opportunity to make a living doing what you love to do, you should give it a shot. It doesn’t have to be writing. It could be dance, or theater, playing in a band. It could be motorcycle repair. I feel bad for kids whose parents force them into professions they’re not interested in. Not everyone will make a go of it in their favorite creative endeavor, but if they don’t give it a shot, they’ll never know whether they could have. 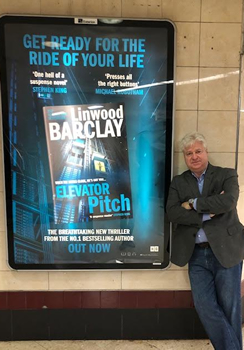 Ads for Find You First in the London Underground

Read. Read a wide variety of authors. You wouldn’t become a chef without sampling all sorts of cuisine, or a director without watching hundreds of movies. It’s how you learn. While you’re at it, read Stephen King’s On Writing, a classic on the subject. And this is easy to say, but you have to keep at it. You have to bounce back from setbacks, not get discouraged. Learn from criticism, but don’t always take it to heart. Ditto praise. When your parents and friends read your stories and tell you you’re brilliant, ignore them. What else can they say?

Don’t follow trends. If everyone is writing vampire stories, don’t write a vampire story. By the time you finish your vampire story, the fad will be over. Finally, find a way to make your work distinctive. Every story has been told, but it hasn’t been told by you. What can you bring to it that makes it special, yours alone?

After my father died when I was 16, I basically ran the family business, which was a fishing camp. We had a few cottages and places for people to park their trailers. One of my daily jobs was to take a bucket of fish guts—what was left after our guests cleaned their catch of the day—into the woods and bury it in a deep pit. Writing is better.